The house is on the east side of Albuquerque, in a neighborhood called Loma Del Rey.

If you drive east along Orlando Pl NE, the house will be visible once you come to the intersection at Piermont Drive.

Currently, the house has a metal fence around it. In other words, it will not look exactly like it did in Breaking Bad.

This is because the owner grew tired of fans showing up and trespassing on the property. We will dive more into that later on.

What are the GPS coordinates for Walter White’s house?

If your GPS / sat nav uses the “Degrees Minutes Seconds” (DMS) format, then you will need the following coordinates.

The coordinates above will bring you to the street directly in front of the house. 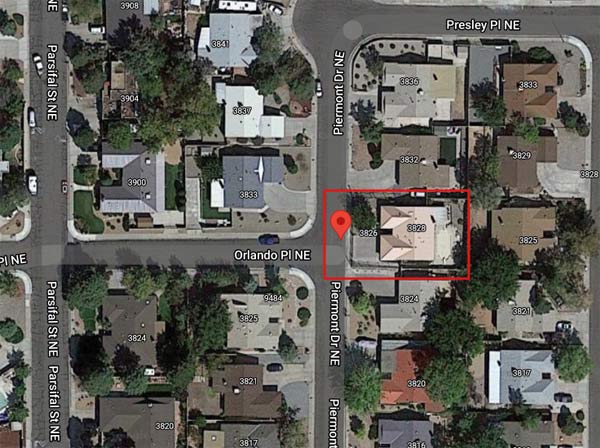 An aerial photograph of the Breaking Bad house. As you can see, it is on the intersection between Orlando Pl NE and Piermont Dr NE.

In the TV show, the address of the house is 308 Negra Arroyo Lane. However, this is not a real address.

Who owns the house?

The house is owned by a lady called Joanne Quintana. The house has been in her family for over 40 years. 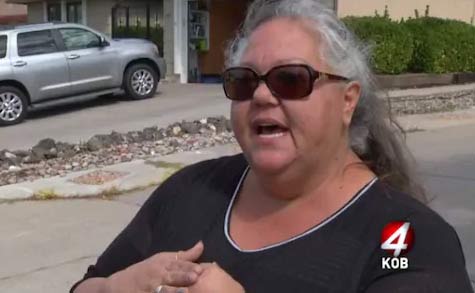 Above is a screenshot of Ms. Quintana speaking to the KOB television station in Albuquerque.

Why doesn’t the owner of the Breaking Bad house like fans?

Over the years, fans of the show have trespassed on the property.

Some have even attempted to “recreate” the iconic scene where Walter throws an entire unsliced pizza onto the roof.

Yes. You read the correctly.

In the past, people have actually visited the house just so that they can record videos of themselves throwing pizzas onto the roof.

In fact, it became such an issue that the creator of Breaking Bad had to publicly beg fans to stop doing it.

Understandably, this type of behavior has irritated the owner. So much in fact that she opted to erect a 6-foot iron fence around the house back in 2017.

She was also forced to install CCTV. 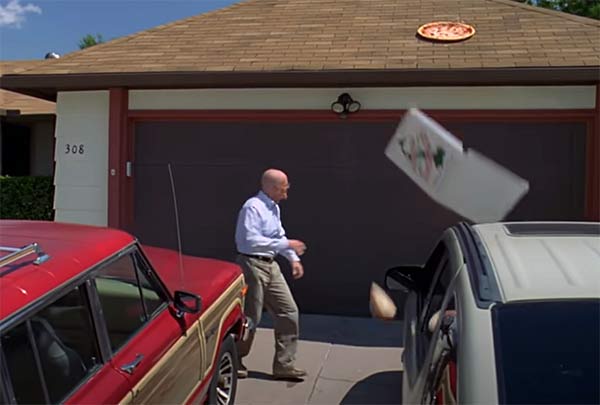 The scene in question.

On social media apps such as TikTok, there are a number of videos of the owner shouting at passersby who are trying to record videos of the house.

One TikTok user even stated that the owner shouted at him while he was standing on the other side of the street.

TikTok user stephenanderson36 recalls his experience of visiting the house.

Although shouting at someone at the other side of the street might seem OTT, it is hard not to empathize with her.

Imagine if random strangers were showing up at your house just so they could trespass on your property and throw pizzas onto your roof.

Years of witnessing that kind of behavior would test anyone’s patience.

But didn’t she knowingly rent it out to the studio? Why is she so surprised that fans are showing up?

I doubt that she envisioned the type of following the show would get.

Back then, nobody knew that Breaking Bad would go onto to become one of the most popular television shows of all time.

Furthermore, I doubt that she imagined that a scene involving pizza would have such a large effect on her life.

All in all, the abuse that the owner has received over the years cannot be justified.

Not only have people thrown pizzas onto the roof, they have also taken stuff from the property as souvenirs and tried to climb over into the back yard in order to see the swimming pool.

Some fans have even had the cheek to tell the owner to move out of the way of her own home so that they can take photographs.

Comments from certain fans online also reek of a sense of entitlement.

“She ruined the moment for me.”

At the end of the day, this is someone’s home. You are not entitled to a “perfect” experience of it just because you saw it on television.

Can I take photographs of the house?

Legally, yes. As long as you do not stray onto the property.

In the United States, it is legal to take photographs of someone’s house as long as the photo in question is taken from public property.

However, as is evidenced by the comments above, the owner might not be too welcoming.

It is also worth noting that lingering around the property can be construed as harassment.

In other words, take the photograph, but do not hang around and make a nuisance of yourself.