The decoy grenade in Call of Duty: Modern Warfare II gives you the ability to create fake gunfire and add bogus red dots to your enemies’ mini-map.

You will automatically unlock this Tactical grenade at Level 19. 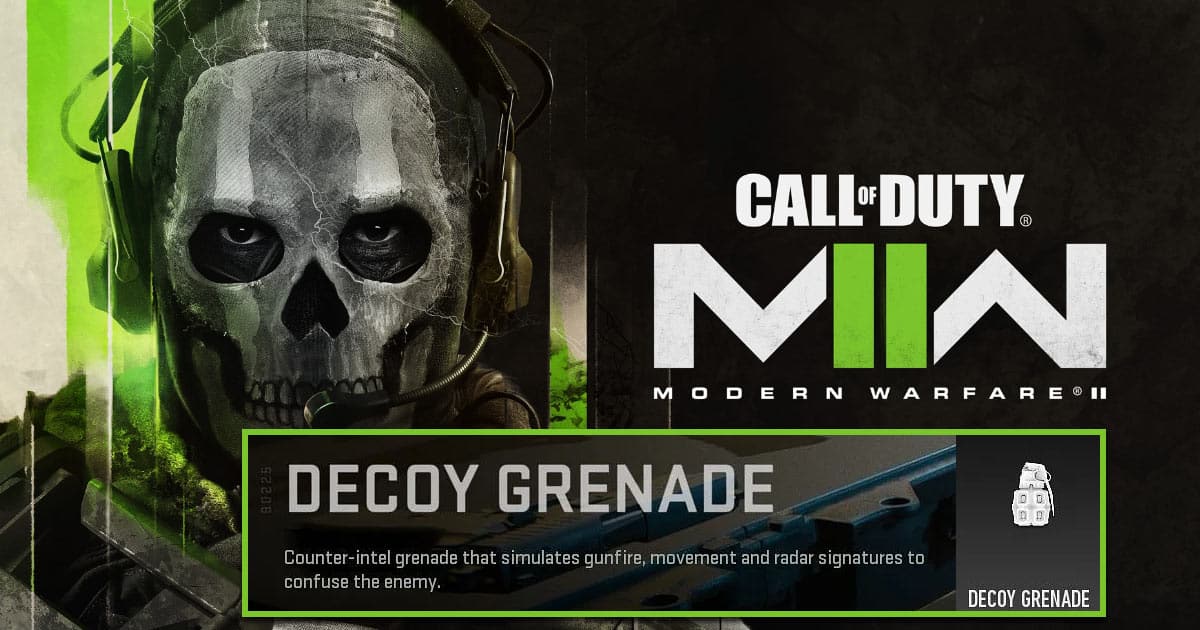 The description reads: “Counter-intel grenade that simulates gunfire, movement, and radar signatures to confuse the enemy.”

The decoy grenade is an extremely useful piece of equipment.

Call of Duty players spend a lot of time looking at the minimap in the top-left corner. This map tells them where the action is happening and where they should position themselves.

In many cases, you’ll find that they are like moths to a flame. As soon as red dots appear, they will instantly rush towards them, hoping to pick up some kills.

The decoy grenade allows you to take advantage of this behavior.

For example, let’s say that the enemy team is holding down a building that has two main entry points.

In this case, you might toss a decoy grenade near the southern entrance and then run around to the other side.

When the enemy players see the red dots on their map, many of them will focus their attention on the southern entrance. While they’re busy aiming their sights at the wrong door, you can rush in through the northern entrance and do some damage.

This piece of equipment can also be useful if you are using a sniper rifle. For example, you might toss one out into an open area and then wait for someone to come waltzing into your line of sight.

Decoy grenades will earn you XP and Weapon XP.

Modern Warfare II will give you XP and weapon XP points whenever your teammates kill a player that is distracted by one of your decoy grenades.

Although the exact mechanism is unknown, it seems as though the game counts any kill that occurs in the vicinity of your grenade. That or it pays attention to the enemy player’s change in direction.

In objective-focused game modes such as Hardpoint and Domination, you can easily rack up XP points by tossing them at the main point of contention.

Truth be told, even throwing them in random places after you respawn can earn you a few extra XP points.

Note that it is currently unknown whether the weapon XP is a glitch or a feature. If it is a glitch, then Infinity Ward will most likely patch it in the future.

They create a lot of confusion.

Even if you don’t have a specific use for them, they will still help you and your team.

These will confuse and disorient your enemies.

Not only will they erode their trust in their minimaps, but they will also take them out of the game for a short period of time.

On many occasions, I’ve seen players slowly crouch-walking towards a decoy grenade, nervously anticipating a gunfight.

During that period, they’re obviously not much use to their teammates. They’re also sitting ducks for anyone who happens across them.

You can get two decoy grenades if you use the perk “Extra Tactical”.

Extra Tactical is a base perk that gives you two pieces of tactical equipment instead of one.

This perk, combined with the decoy grenade, can help you unleash non-stop confusion on the enemy. 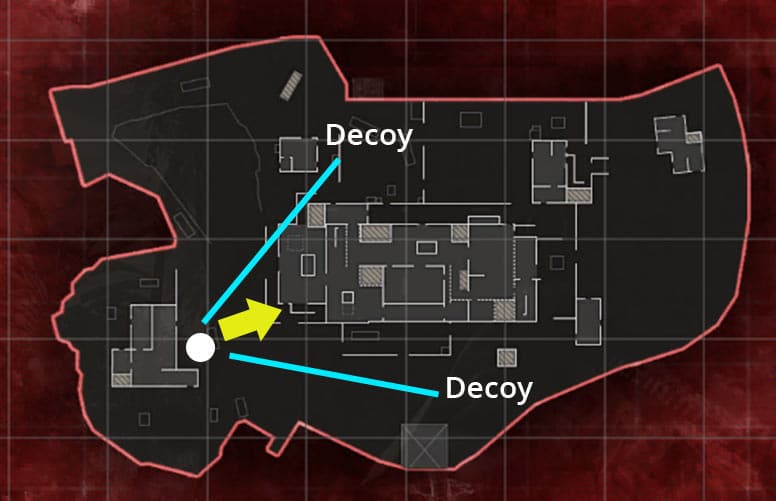 The map for El Asilo.

The map above illustrates how useful two decoys can be. In this example, we throw one on either side of the main building and then rush in through the middle.

You can also switch it up by throwing two in the same area. This will create the impression that a large firefight has broken out there.