This is an opinion piece. The views contained in this article do not necessarily reflect the opinions of ThisInterestsMe.com or its owners.

I am fed up with being stuck behind motorists who feel as though it is perfectly fine to drive 20KM or 30KM under the speed limit.

I am sick and tired of being held up because some ignorant turtle chaser is happy to just saunter along and act as if they are completely impervious to the long line of traffic that has built up behind them.

Firstly, let me preface this article by stating that I am not a “speed demon”. Nor am I some “boy racer” who likes to rev his engine and overtake people in his souped-up Honda Civic.

I am just a motorist that has to commute to work on a daily basis. At no point do I tailgate people or act aggressively.

I just want to drive the designated speed limit and get to my destination on time. That is all. 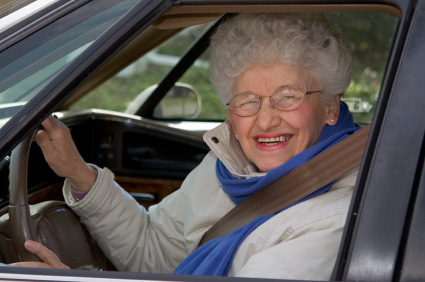 The first thing that irks me about slow drivers is their attitude towards those are willing to drive at a faster speed than they are.

A perfect case in point occurred last month while I was travelling home from work on a large national road. The weather was dry and the outside temperature reader on my car was telling me that it was 9° Celsius.

Basically, it was a calm winter evening, and there were no adverse weather conditions whatsoever. There were no high winds. No frost. No ice. The road was bone dry. Yet, for some reason, the motorist up front had decided that it was perfectly acceptable for them to drive 30KM under the speed limit.

To be honest, I was kind of flabbergasted by the ignorance of it all. Even though they were impeding traffic and a large queue of cars was forming behind them, they made absolutely no attempt to move aside and let people by.

The worst thing of all was their reaction to the cars that had decided to overtake them.

As soon as the first car managed to take advantage of the lull in oncoming traffic, this feather-footed a**hole started flashing his high beams at everyone who had the “audacity” to pass him by.

One of the biggest problems with slow drivers is that they seem to have such an inflated view of themselves. Drawing from my own personal experiences, I get the distinct impression that a lot of slow drivers hold themselves up to be some sort of moral authority on the topic of safe driving.

This is kind of ironic, considering the fact that many road safety authorities consider slow driving to be a dangerous act. In some cases, motorists have been ticketed with the charge of “failing to proceed”. In the USA, many states enforce a “Minimum Speed Law”, which basically states that no vehicle should impede or disrupt the normal flow of traffic.

You can even fail your driving test for driving too slowly.

Why are slow drivers dangerous?

Other motorists won’t expect you to be driving 30 miles per hour under the speed limit. If a motorist turns around a bend and they discover that somebody in front of them is crawling along at an extremely slow pace, they’ll be forced to slam on their brakes.

This can cause a chain reaction of harsh braking and fender benders, especially if the road in question is busy.

In a worst-case scenario, the driver might instinctively swerve in order to avoid an impending collision. As you can imagine, this can end in tragedy.

You might not realise it, but you are a component in a complex system, and every single thing that you say or do in life will inevitably have some sort of knock-on effect.

Sometimes, this effect is so small and seemingly insignificant that the resulting consequences fail to attract your attention.

Most of the time, your initial impact and the end result are so far apart on the time scale that it never really dawns on you.

So think about it.

If you are driving 20KM under the speed limit, what do you think the knock-on effect will be on other motorists? What emotions are the people behind you experiencing? Road rage? Frustration? Maybe they are feeling impatient because you are preventing them from getting to work on time.

Do they have somewhere extremely important to be? Maybe it is a genuine emergency and they weren’t expecting you to be causing such a delay. After you’ve made a turn off, will they speed up and try to make up for lost time? Will they attempt to overtake you, even if it isn’t completely safe to do so?

All of these emotions and circumstances present risks and dangers that shouldn’t have been there in the first place.

It is fair to say that disrupting the normal flow of traffic can cause an awful lot of confusion for other road users.

For example, if somebody clogs up the passing lane, the other lanes will begin to move at a faster pace. If a motorist has decided to drive at a speed that is slower than everyone else, then you’ll notice that the cars around them will switch lanes more often than usual.

Of course, if you bring up some of the points above, your typical slow driver will quickly deflect the blame away from themselves by stating that the fault ultimately lies with those who failed to react to their speed in an appropriate manner.

“Oh well, it is their fault for being so impatient! They probably should have left the house ten minutes earlier!”

The funny thing is, this line of selfish thinking just proves the fact that they are more interested in moralizing and passing the blame than contributing to the noble pursuit of road safety.

Bring up the topic of elderly people on the road and somebody will inevitably accuse you of being ageist. This is despite the fact that many elderly people would lose their licenses if they were forced to re-sit their driving exams.

We already know that as we get older, our reaction times slow down because the connections in our brains weaken.

We also know that a person’s hearing, eyesight, and strength can diminish over time.

However, for some reason, this topic frequently lends itself to emotional arguments and obvious attempts to shift blame to younger drivers.

Timid drivers tend to panic when things go wrong. They also regularly find themselves in situations where they are afraid to drive the speed limit. Being in a car with a timid driver is excruciating.

They transfer their nervousness onto you, and you are constantly aware of the fact that they are not confident behind the wheel.

These people manage to “slip by” because a lot of examinations will fail to take the driver onto a motorway or a large national road.

Instead, they’ll be directed to traverse small suburban streets where keeping up with the flow of traffic is almost never an issue. Motorists of this variety will avoid roads with high speed limits until they are forced to use them.

In many cases, “slowness” can be attributed to the person not paying attention to the road. In other words, they’re too busy talking on the phone or playing around with the dials on their radio.

In some cases, they might be daydreaming or experiencing Highway Hypnosis, which is a state of mind that allows the person to drive a great distance without having any recollection of the journey!

Slow drivers aren’t disliked because they hold up traffic.

They’re disliked because other motorists perceive them to be ignorant and selfish people who are quick to try and take the moral high ground.

Simply put: When a person decides that they’re willing to hold everyone up, it gets people’s backs up.

To us, you’re not much different from that “kind” old lady who counts her pennies at the checkout. But hey, at least she doesn’t put other people’s lives in danger.