John Bittrolff might be the Long Island serial killer.

John Bittrolff is not a popular suspect on Websleuths, Reddit and other online communities because his background isn’t “exciting” enough. 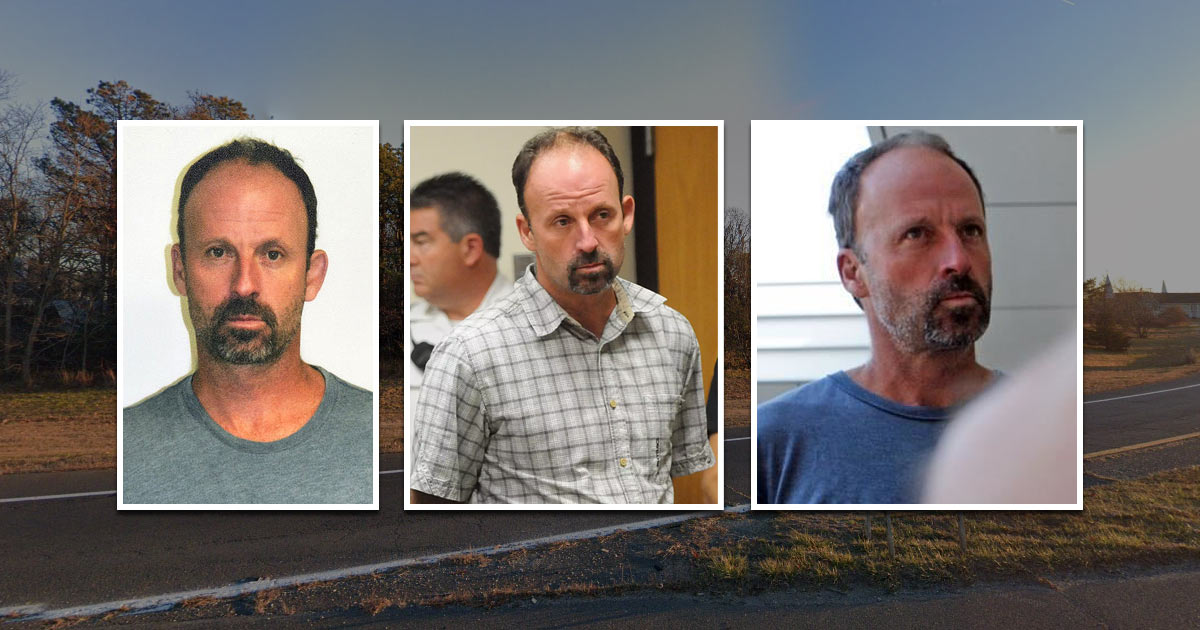 Bittrolff is a carpenter from Silas Carter Road, Manorville. He grew up on the shore of Mastic Beach in Long Island. At the time of his arrest, he was married with two sons.

Over the years, many amateur detectives have convinced themselves that a conspiracy is afoot. They believe that the authorities are protecting LISK. Some even think that a gang of killers might be responsible.

All in all, it seems as though they are expecting a Hollywood ending to all of this. They are waiting for the day when it is finally revealed that the Long Island serial killer is a powerful or wealthy individual.

Many of them do not want the perpetrator to be an unknown carpenter who was never on their radar.

The problem here is that a lot of people are studying the LISK case in a vacuum.

They have never researched serial killers in general. Their knowledge of BTK, Bundy and Gacy doesn’t extend past a Netflix documentary that they glanced at a few times while they were looking at their phones.

As a result, they’re expecting the Long Island serial killer to be a completely different beast than what we’ve already encountered.

John Bittrolff is a strong suspect in the Long Island serial killer case.

John Bittrolff is a strong suspect in the Long Island killer case.

Internet sleuths might disagree with that statement. However, they are wrong.

Firstly, Bittrolff is a convicted murderer with a history of sexual violence.

In the early nineties, he killed two sex workers named Rita Tangredi and Colleen McNamee. The police also suspect that he murdered another woman called Sandra Costilla in November of 1993.

These three women were raped, strangled, beaten and then “posed” in wooded areas that were a couple of feet from the road.

The victim types are similar.

Bittrolff’s victims were all petite and small in height, standing at around 5 feet tall.

This is noteworthy, as most of the victims in the Long Island serial killer case were sex workers who were also small in stature.

The tallest victim was Megan Waterman, who stood at 5 ft 5.

As you can see, LISK and Bittrolff have a preference for petite women. Furthermore, they both strangled their victims.

Bittrolff posed his victims by leaving them nude or partially clothed, with one arm above their heads. This behavior suggests that he was willing to play games with the authorities and seek out attention.

When an organized offender poses a victim’s body, it is typically because they want to create a memorable “scene” for others to stumble across.

In our profile of the Long Island serial killer, we outlined the possibility that he purposely left some of his earlier victims’ torsos in places where he knew someone would find them.

The motivations behind these actions are very similar.

To make a long story short, it means that both John Bittrolff and LISK displayed signs that they wanted some sort of notoriety for their crimes.

In both cases, it seems as though they were trying to let the community know that a killer was on the prowl.

To achieve this, “they” purposely posed their victims’ bodies in ways that would shock the finder, attract attention, and possibly even grab news headlines.

If you have studied serial killers before, then you will know that this type of behavior is nothing new or shocking.

Many serial killers are narcissists who crave attention.

According to forensic psychologist Richard Walter, sadists in particular like to play cat-and-mouse games with the police and terrorize the community at large.

For example, when the BTK killer, Dennis Rader, murdered Nancy Jo Fox in 1977, he was so eager for the authorities to discover her body that he called 911 the next day and anonymously reported the crime.

In 2000, Michigan serial killer John Eric Armstrong called the police and claimed that he had discovered the body of a woman in a river. Later, it emerged that the woman in question was actually one of his victims.

A sadistic Missouri-based killer named Maury Travis anonymously contacted a reporter at a local newspaper and told them where he had dumped one of his victims’ bodies.

During the 1990s, George Russell purposely “posed” one of his victims behind a McDonald’s restaurant in Bellevue, Washington.

If you look through enough cases, you’ll find dozens of examples of killers engaging in this kind of behavior.

According to newspaper archives, the man who made that phone call was never identified. 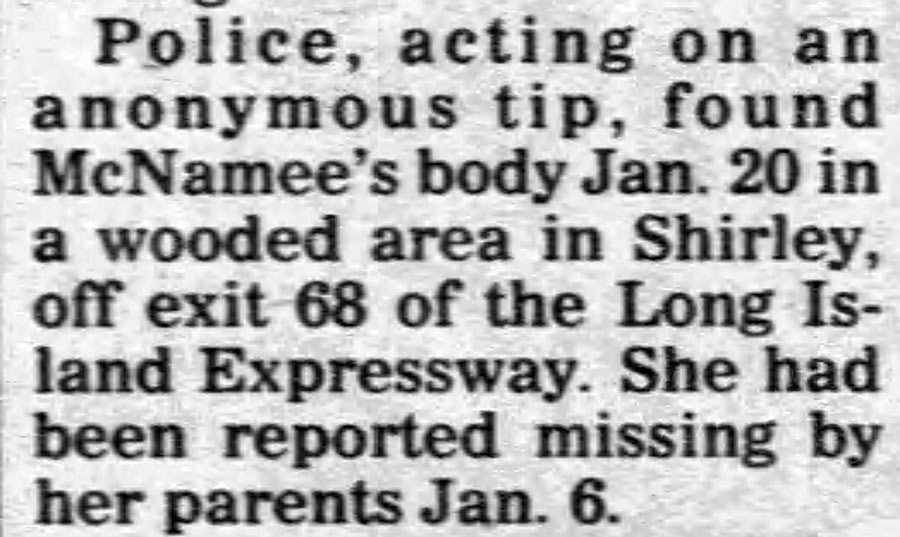 Although it is possible that this was a member of the public who was too afraid to come forward, it is still an interesting fact.

Serial killers are usually proud of their “work”. So much in fact that they will initiate conversations about them.

A couple of months ago, we came across a Facebook conversation with one of John’s former neighbors. In one of the comments, the neighbor claimed that John told him about one of the Manorville murders on the first day that they met. 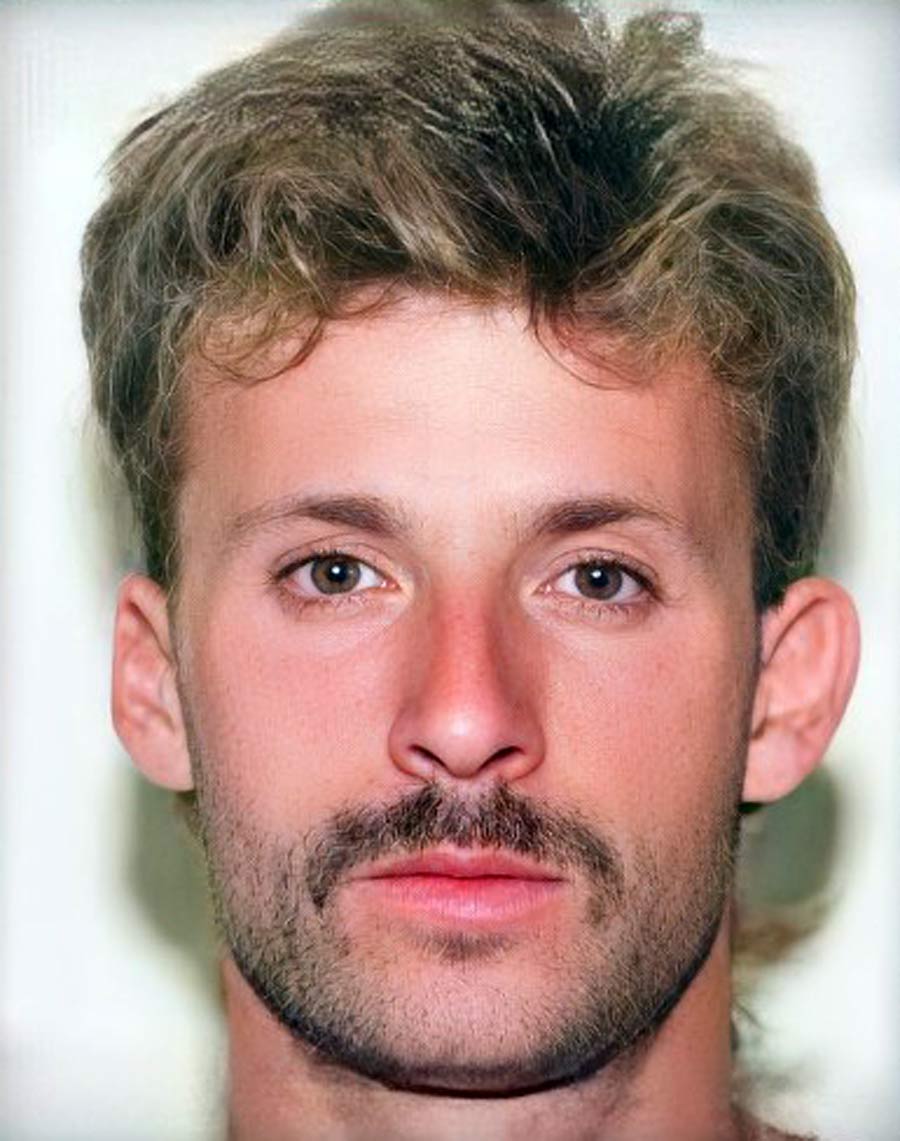 A mugshot from his younger days. This was taken in 1990 after the police arrested him for assault.

In November of 2000, three men discovered the torso of Valerie Mack beside an access road in Manorville. The trail in question is popular among hunters.

Three years later, a woman was walking her dog along another access road 0.5 miles away when she came across the torso of Jessica Taylor.

It was lying out in the open. Her killer had seemingly made no effort to conceal her remains.

Both Valerie and Jessica were found in the same area, within 5 miles of John Bittrolff’s home on Silas Manor Road.

Furthermore, we know that Bittrolff was an avid hunter. Therefore, it is likely that he was very familiar with these locations. 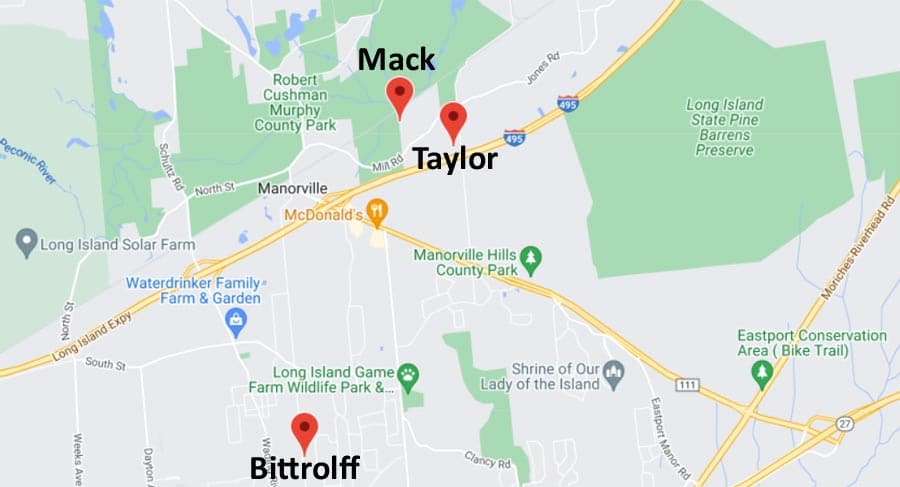 This map shows how close Valerie Mack and Jessica Taylor were to John Bittrolff’s house.

In an interview with People.com, the mother of LISK victim Melissa Barthelemy stated that her daughter made “a lot” of phone calls to the Manorville area before her disappearance.

If this was the killer, it is likely that he was using a disposable burner phone.

John Bittrolff immediately realized that he was under surveillance.

In the lead-up to his arrest, John Bittrolff was put under surveillance. At the time, the police were hoping that he would discard an item with his DNA on it.

However, he never did.

The undercover officers who followed John in a plumber’s van said that he immediately realized that he was being followed.

While he was working, he would sometimes stand on the roof and try to spot them.

On one occasion, he carried out a defensive driving maneuver in an attempt to shake them off.

One has to wonder why he was so observant.

Was he really on edge about the murders that he had committed twenty years prior? Or was he worrying about something that was much more current than that?

The idea that a killer’s M.O. will never change is a myth that has been popularized by movies and TV shows.

In reality, a serial killer’s M.O. can change if he believes that there is a “better way” to commit his crimes.

Essentially, they can learn from their mistakes and improve on their crimes.

From what we know, it seems as though Bittrolff had a close call during the murder of Colleen McNamee. This is because a witness spotted her getting into a small blue car outside of the Blue Dawn Diner in Islandia.

If he read about this witness report in the newspaper, then it is likely that he spent the next couple of months worrying that investigators were eventually going to connect him to the crime.

At the time, he wouldn’t have known how much information the police had.

“Did the witness see a part of my license plate?” “Did they catch a glimpse of me?” “Do they know the make and model of my car?”

These are all questions that would have been going through his head at the time.

If Bittrolff did decide to kill again, he may have reasoned that he needed to start concealing his victims’ identities.

The logic behind this is simple: If the victim’s identity is unknown, then there are no witnesses. A “Jane Doe” cannot be seen talking to someone or getting into a vehicle. The police cannot trace her final steps or canvas the area for information.

Furthermore, when a sex worker goes missing, the authorities will often presume that they have run away or moved to another city. This is especially true if the victim has a drug habit.

The police know more than the public do.

It is important to point out that the police probably have information about Bittrolff that is not public knowledge.

Because the Long Island case is still unsolved, it is likely that they are keeping their cards close to their chest.

During an investigation, the authorities tend to keep a lot of specific details private. They do this in order to weed out false witness accounts and tips from people who like to insert themselves into high-profile cases.

Unfortunately, there is a small minority of people out there who will lie for the sake of attention.

The Mayor of Manorville.

Three years before Bittrolff’s arrest, the FBI’s Behavioral Analysis Unit opined that the Long Island serial killer was a socially-adept family man in his 40s.

In their profile, they stated that he was a pillar of his community and that people would be shocked when they found out that he was a killer.

Notably, Bittrolff was married with two kids. When the FBI delivered their profile in 2010, he was 44 years of age.

Following his arrest, one neighbor remarked:

“He’s like the mayor of this town. He knows everybody. He helps everybody out.”

“It’s just unbelievable. Nobody can believe it.”

Simply put, we do not know. That is something that the American justice system will need to decide.

However, Bittrolff is similar to LISK in many ways.

As you can see, he is a pretty solid suspect.

Would we be shocked if the authorities arrested someone else for the crime? Not at all.

However, we would be shocked if that person was drastically different than John Bittrolff.