In this guide, we are going to discuss what rashers are and how they are different from regular streaky bacon and Canadian bacon.

People in Ireland, the UK and South Africa use the word “rasher” to describe a special cut of bacon that typically does not exist in other countries.

As a result, Americans and other nationalities often have no idea what the term means.

In an effort to explain it to them, some people will say that it’s the same thing as Canadian bacon. However, this is not 100% true.

Typically speaking, rashers are thin slices of back bacon and side bacon. In other words, they are a combination of both.

Furthermore, they can either be smoked or unsmoked. 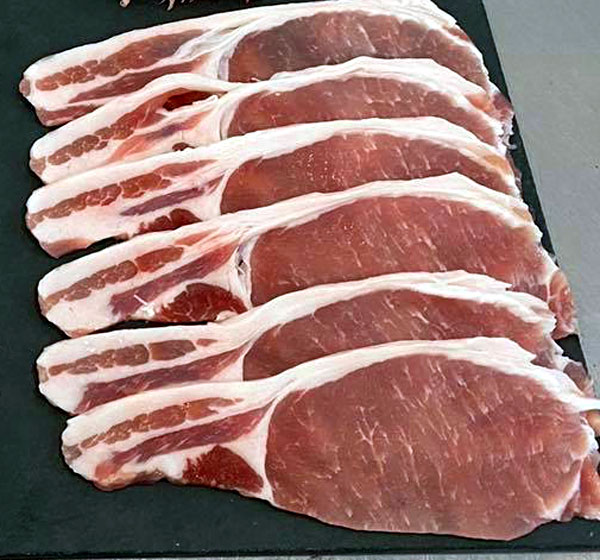 A photograph of six uncooked rashers. The part on the left is side bacon, whereas the larger part on the right is back bacon.

In Ireland, we fry them on a pan or grill them. We then put them in sandwiches, bread rolls or we simply eat them as they are.

We also include them as part of the “Irish Breakfast”, which can consist of the following:

Butter and ketchup may also be added, depending on your personal preference.

It is important to note that rashers usually have a section of fat left on them. This is intentional, as it adds more taste. However, some people do like to cut this piece off.

Turkey rashers are also a thing in Ireland.

It is worth noting that you can also buy turkey rashers. However, turkey rashers are not nearly as popular. These are usually viewed as a “healthier” alternative because they are low in calories and contain more protein.

What is the difference between bacon and rashers?

American “streaky” bacon is side bacon. It comes from pork belly, which is a cut of bacon that comes from the belly of the pig.

On the other hand, rashers are a combination of back bacon and side bacon. As the name suggests, back bacon is a cut that comes from the back of the pig. As a result, it is usually leaner and less fatty. 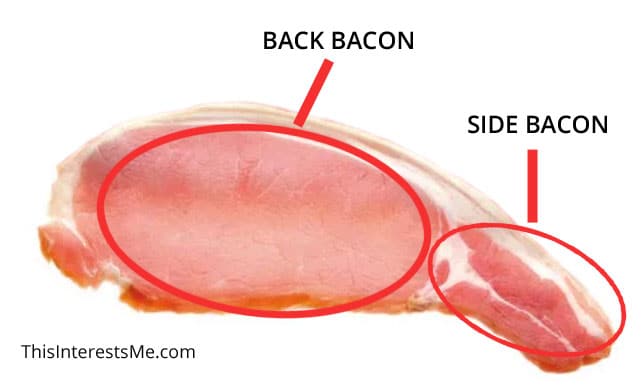 Rashers consist of both back bacon and side bacon.

Streaky bacon in America usually comes in thinner strips. It also has alternating layers of fat and muscle, which gives it a more striped appearance.

Streaky bacon also tends to be “crispier” than rashers. This is because side bacon has a higher fat content.

What is the difference between rashers and Canadian bacon?

In America, back bacon is commonly referred to as Canadian bacon. As a result, a lot of people believe that rashers and Canadian bacon are the same thing.

However, Canadian bacon isn’t exactly the same as what you’ll find in Ireland and the United Kingdom. This is because Canadian bacon only contains back bacon.

Unlike rashers, it does not contain any side bacon. There is no “fatty” part.

Instead, Canadian bacon is more similar to what Irish people call “bacon medallions”.