This is a guide on how to tell if somebody has blocked you on Facebook. I wrote this guide because most of the other articles about this subject were pretty much useless. Most of them simply ignore the fact that Facebook accounts can be deactivated.

Please note that this guide was written in November of 2018. Facebook are constantly changing how their app works, so don’t get annoyed with me if you find this article in 2023 and some of this information is no longer correct. If something has changed, then please post a comment at the end of this post so that others can see it.

I can’t search for their name! Did they block me?

The question here is: Would this person have a reason to block you? If not, then they’ve probably just deactivated their account.

Their comments show on my old posts, but I can’t view their profile?

This is a pretty sure sign that they have blocked you. If their account was deactivated, then those comments would not show.

In the past, if a person blocked you, you would not be able to see their comments on your old posts. However, at some point in 2018, Facebook decided to change this.

I only noticed this because the Facebook memories feature showed me a status from six years ago and I was able to see the person’s name, photo and comment. However, when I clicked onto their profile, it was completely blank: 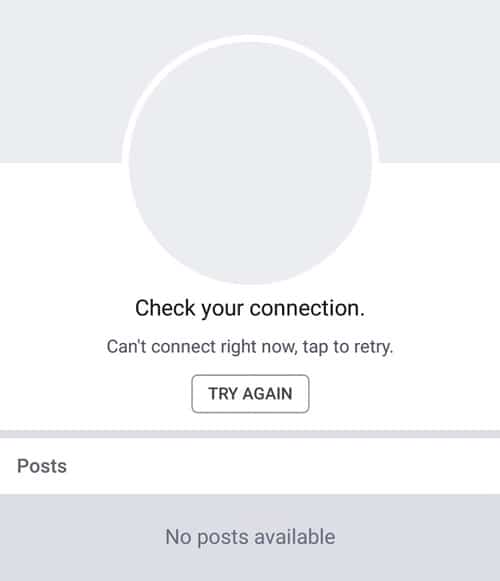 If somebody has blocked you, their profile will be blank if you try to view it. The app will also tell you to “Check your connection” even though your connection is fine.

Get your friends to check.

One of the surest ways to find out whether somebody has blocked you or deactivated their Facebook account is to get somebody else to check. If your friend can search for the person and view their profile, but you can’t – then you are definitely blocked.

Be warned however, that some people will block groups of people. i.e. If they blocked you, they might have blocked your friend as well.

Using a fake profile to search for their name.

This is a bad idea, as it goes against Facebook’s Terms of Service and their systems can automatically detect fake accounts.

Play it safe and do not use this method.

Look back on old Facebook messages between the two of you.

What a deactivated profile usually looks like in Messenger: 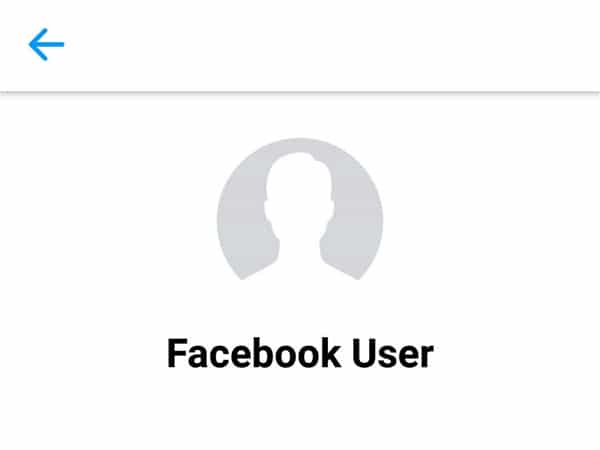 Note that I specifically used words such as “likely” and “usually” because Facebook are constantly changing how their system works.

Why is all of this so difficult?

Facebook doesn’t want you to know if somebody has blocked you and they will do whatever they can to make it impossible for you to tell.

The reasoning behind this is pretty simple: They do not want their service to be a cause of friction between people. Plus, if a block was obvious, people might not use it. And if people can’t use it, they might leave Facebook, especially if they’re feeling bullied or threatened by someone.

In certain cases, the person who blocked you might not even have a personal problem with you. They could have blocked one of your close friends and decided to block you as well, just to be sure.

When one of my friends broke up with his girlfriend, she reacted by blocking him and everyone in his circle. We only realized this months later. In this case, she had essentially nuked everyone that was close to him so that he couldn’t get one of his friends to snoop on her profile. That, or she was just reacting out of anger at the time. Who knows?

Others will block you because of a misunderstanding.

A few years ago, somebody that I went to high school with decided to block me. I only noticed this years later when somebody brought up his name in conversation. I was confused by this, because there had never been any bad blood between the two of us. However, I later found out that he had blocked me because I had poked fun at a viral craze called “neck nomination”. Two hours before I made the status, he had uploaded a video of himself doing “neck nomination”. He thought that my status was aimed at him. The truth is: I had never even seen his video.

To sum it up: It is hard to know what is going on in a person’s head when they decide to hit the block button.