In this guide, we are going to give you a few tips and tricks on how to get more points in Fantasy Football.

Note that this guide is for the soccer version of the game, not the American Football version.

Do not try to create a balanced team.

A lot of beginners make the mistake of trying to create a balanced Fantasy Football team.

Often, they will select two wing backs and two centre defenders. In some cases, they will even add a defensive midfielder.

Unfortunately, Fantasy Football does not work that way.

The most successful team after two weeks in the 2021-2022 season had five wing backs in its starting lineup. In real life, this team would fail. However, this is a game, not real life.

You see, Fantasy Football is all about the points. You get points for goals, assists, saves and clean sheets. Sadly, you do NOT get points for positional awareness, tackles, “covering the back four” or passing accuracy.

In other words, choosing Kante over an attacking midfielder probably isn’t the best idea.

Instead, you should focus your efforts on buying players who will notch up goals and assists.

Typically speaking, this means that you should buy attacking-minded players.

A player’s price in Fantasy Football does always not guarantee his worth.

A player’s price is based on his popularity. In other words, it is based on how many people have selected him.

The problem here is that this price usually reflects a player’s past performances, not his current form.

For example, when Fernando Torres played for Chelsea, his price was £7.5. This was despite the fact that his form was terrible and he rarely played.

Because Torres was a famous name, a lot of casual Fantasy Football players selected him and then forget about the game.

A number of people will join Fantasy Football just so they can take part in their workplace’s private league. In our workplace, two or three signed up, even though they had little interest in the sport. As a result, many of them selected players on the basis that they recognized their names.

However, at the time, he was injured and coming off the back of a mediocre season. 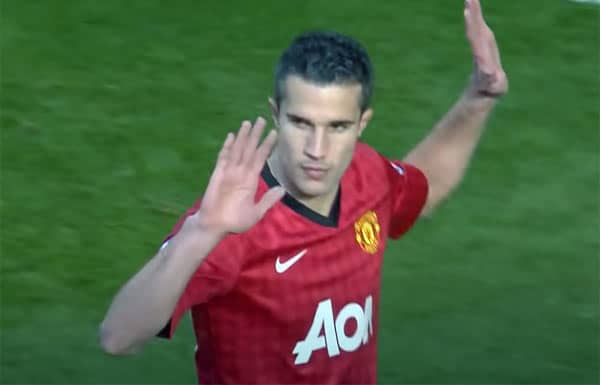 Van Persie was not worth £12.5 at the time. Manchester United were struggling after Alex Ferguson’s retirement and he only scored 12 goals in the previous season.

All in all, his true worth was probably around £9 million. Maybe even less.

Do not chase last week’s results!

A 17-year-old kid comes off the bench and scores a 30 yard screamer. Do you really think that it is a good idea to transfer him in?

A newly-promoted team gets two clean sheets in a row. Should you start purchasing their defenders in bulk?

More often than not, the answer is no.

With Fantasy Football, consistency is key and each week is different from the last. Different lineups, different fixtures, different circumstances!

If your transfer policy revolves around buying players who performed well in the previous game week, then you are probably going to fail.

Diversify your Fantasy Football team. Do not over-rely on one team.

Over-relying on players from one or two teams is a recipe for disaster.

All-in-all, over-relying on one or two teams can be incredibly risky.

For example, a friend of mine spent a large portion of his transfer budget on Salah, Firmino and Mane. Liverpool were coming off the back of a terrific season and he thought they were “unstoppable”.

Unfortunately for him, the 2020-2021 season did not go to plan for Liverpool.

Select defenders from teams that are more likely to rack up clean sheets.

When selecting defenders, you should make an effort to select players that belong to teams that have a good defensive record.

They do not have to be a “big name” either.

For example, in 2014-15, Chelsea right-back Azpilicueta was cheaper than John Terry and Gary Cahill. However, he still got the same number of clean sheets as them.

As you can see, the player does not have to be a household name. If he is a starter for a team that is defensively sound, he will earn you points.

Think about it. Why pay £6.5 million for a well-known centre back when the starting right-back is £6 million?

Keep an eye on some of the “Price Changes” websites that are out there. These websites will let you know when a player’s price is about the change. If a player fails to prove himself as a regular starter, Fantasy Football managers will begin to transfer him out.

As this happens, his price will continue to fall. Similarly, if a player has a string of good games, his price will rise as more and more people decide to purchase him. Remember that the popularity of a player will help to dictate his price.

This can also give you an insight into what other Fantasy Football players are doing.

Note that half of the price change will be attributed to your team’s value.

If you purchase a player at £6 million and his price rises to £6.2 million, then you will receive a profit of £0.1 million if you decide to sell him.

Some points that you should be aware of.

How substitutes work in Fantasy Football.

Your substitutes are ordered from 1-3, from left to right.

If a player in your starting lineup fails to play, the substitute that is first in line will be used as your first choice substitute.

Here, you can see that Harvey Barnes is the first substitute. The manager of this team wants Barnes to be first in line if one of their outfield players fails to play. In this case, Chelsea were about to play Liverpool at Anfield. This might explain why Chilwell and James were last in line.

However, there is a caveat here.

If your lone striker fails to play, he will be replaced by your first substitute striker. This is because a team must have at least one goalkeeper, three defenders, three midfielders and one striker.

In other words, if there are three defenders in your starting lineup and one of them fails to start, then that player will be replaced by the first defender on your substitute bench.

If the substitute defenders on your bench did not get any playing time, then no substitutions will be made.

Knowing which teams are facing an easy or tough fixture list is extremely beneficial.

If you have a free transfer and you do not know what to do with it, then you can save it for a rainy day or you can begin to shape your team in order to take advantage of an upcoming list of fixtures.

For example, if it’s the middle of November and I know that Liverpool are in for an easy string of games in December, I can begin the process of bringing in some of their key players. That way, I can take advantage of their easy fixture list.

Similarly, if I know that Liverpool’s end to the season is a tough one, I might begin to swap out some of their defenders.