Have you ever felt angry after scrolling through your Facebook timeline?

Has social media convinced you that modern society is full of precious snowflakes who take offence to everything? Are recent news stories making you feel more and more irate?

If so, then allow us to explain how digital media companies and social media gurus are drumming up outrage for the sake of generating more advertising revenue.

Simply put, they are making you angry on purpose. 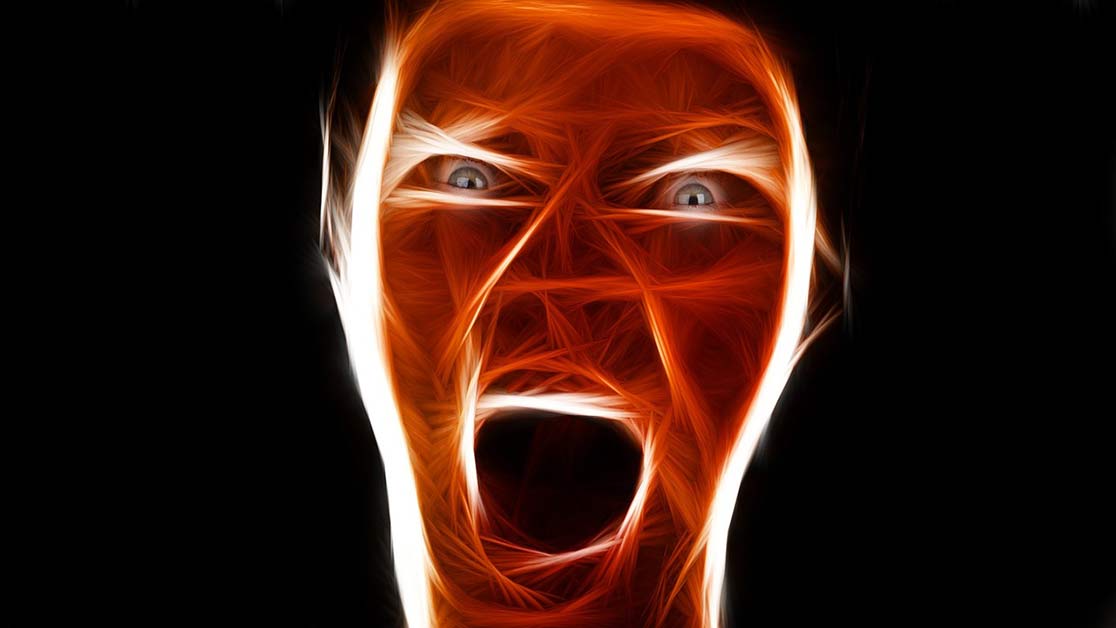 It’s all about those clicks.

Social media is all about clicks, comments, likes and shares. To gain a prominent position in the Facebook timeline, companies must publish content that encourages engagement.

If they fail to do so, the timeline algorithm will limit the number of users that they can reach. Essentially, the algorithm will mark the content as uninteresting and show it to fewer people.

For years, Facebook was plagued by clickbait titles such as “You’ll never guess what happened next!”, as pages discovered that they were able to exploit people’s natural sense of curiosity for clicks.

By purposely withholding important information from the main post, they were able to increase their engagement by baiting people into clicking on their content.

In 2016, word began to spread that Facebook was gearing up to “wage war” on clickbait. Shortly afterwards, typical clickbait posts began to disappear as algorithm changes kicked in and severely limited their reach.

As a result, the quintessential clickbait post no longer worked and companies were forced to find new tricks.

By posting “news stories” about topics that cause outrage, companies can bait their followers into engaging with their content.

If you have ever seen a controversial news story on Facebook, then you have probably also noticed how many comments and angry face emojis these kinds of posts tend to attract.

This is by design.

Essentially, companies are exploiting their users’ anger so that they can drive more traffic and make more money.

To do this, content writers will actively seek out an obscure and controversial opinion that is held by a small minority of people and then blow it up into a big news story.

It’s genius, right? I mean, if you think about it, rage-inducing opinions have been around since the dawn of humanity. There has always been a fringe minority of people who say bizarre things that enrage others.

However, we are now in a situation where editors are scouring the web for these minority opinions so that they can put a microphone in front of them and amplify them for the sake of clicks. 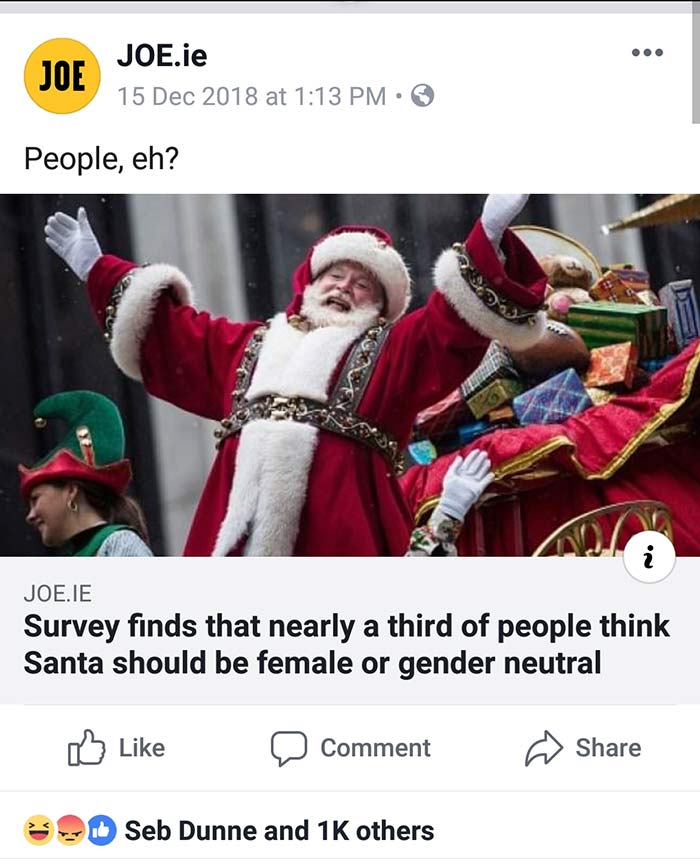 “Survey finds that nearly a third of people think Santa should be female or gender neutral.”

The “outrage bait” above suggested that the image of everyone’s beloved childhood character was under threat of being completely overhauled by modern feminists.

In reality, however, JOE.ie took an online poll that was started by a logo design company and blew it up into something that it wasn’t.

All in all, a third of people did not say that Santa’s gender should be changed.

A third of people who took part in an obscure Internet poll being run by a logo company said so.

But that didn’t stop JOE.ie from running with it as a story.