Simply put, no. Instagram users will not get a notification if you screenshot their story. Nor will they get one if you screen record it.

This is one of those “social media myths” that has been doing the rounds lately.

Last week, someone in our group chat posted a screenshot of someone’s Instagram story. Immediately afterwards, one of the other members chipped in with some “advice”.

To make a long story short, he basically claimed that Instagram will send you a notification if someone screenshots your story. 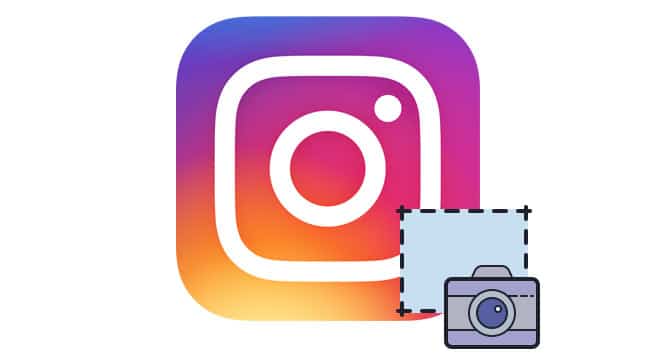 His comment sent shock waves through the group. Panic immediately set in. Guys who hadn’t posted to the group chat in weeks suddenly awoke from their slumber. “Is this really true?!”, one wrote. “Please tell me that you’re joking”, another remarked.

You could sense the worry. And it was hilarious.

However, it was quickly determined to be a lie. Currently, as of 2021, Instagram does NOT tell you if someone has taken a screenshot of your story.

There are no notifications. Unlike Snapchat, Instagram also doesn’t put a screenshot icon beside your name in the “viewed story” list.

Why doesn’t Instagram send a notification if someone screenshots your story?

It seems as though Facebook made the decision not to copy Snapchat’s notification feature. I imagine that this was a big topic of discussion back when they were initially designing Instagram Stories.

My guess is that they excluded this feature on the basis that it could create a negative user experience. You see, many of us “Snapchat veterans” are well are aware of the dangers of taking a screenshot of someone’s story.

However, what about Linda, who has never used Snapchat before? Will 65-year-old Joan inadvertently take a screenshot of Thelma’s story?

That could kick off all sorts of beef. Bingo would never be the same again.

Essentially, this is a feature that could cause arguments.

And if there’s one thing we know about Facebook as a company, it’s that they have always avoided features that could start arguments or cause friction.

Facebook wants their platforms to be fun and happy places.

They want their users to browse their apps for as long as possible so that they can show them more advertisements.

To sum it up, a feature that could potentially push someone to deactivate their Instagram account in shame is bad for business.

In saying that, there may come a day when the company decides to become a bit more “riskier” or “edgy”. It may try and shake up its core philosophy in order to try and remain relevant. However, I personally doubt this.

Although Facebook may come across as a boring company that caters to older people, those older people have much more disposable income than their younger counterparts. Basically, advertisers love them.