Tony Soprano is a sociopath. We know this because his psychiatrist, Dr. Jennifer Melfi, diagnosed him as one.

In fact, at the end of the series, this is the main reason why Dr. Melfi decides to cut Tony loose.

Melfi does this right after she reads up on a study about how sociopaths take advantage of talk therapy by using it to “sharpen” their manipulation skills.

In other words, she discovers that her therapy sessions will not help Tony.

Instead, they will only make him worse. 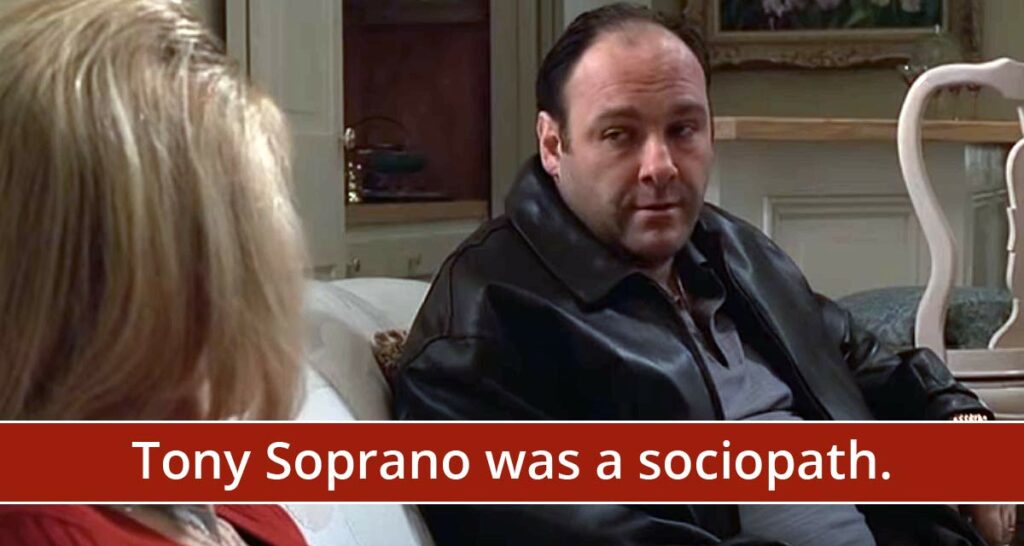 Is Tony Soprano a sociopath?

If you read up on the traits of a sociopath, then you will find that there are seven key traits.

A person must have at least three of these traits in order to be diagnosed as a sociopath.

However, Tony Soprano matches pretty much all of them to some degree.

He also shows other symptoms of ASPD.

As you can see, Tony Soprano is the quintessential sociopath.

However, this should not come as a surprise. It is extremely likely that the show’s writers researched the personality disorder and then modeled parts of Tony’s character on it.