The cap emoji stands for “lie“. Or more specifically, “capping“, which is slang for “lying“.

On social media platforms such as Twitter and TikTok, you will often come across users posting comments such as “No 🧢”. This is slang for “no lie”. 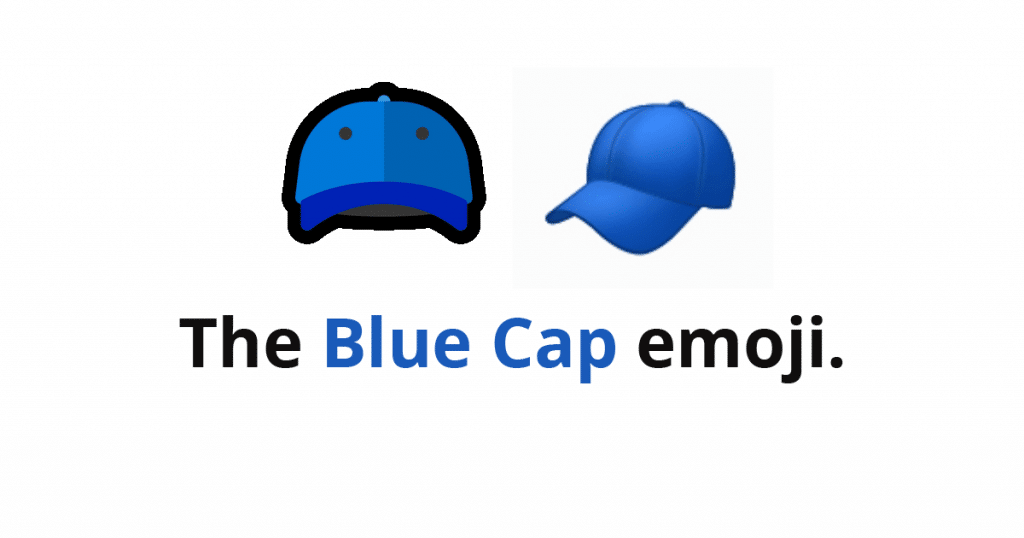 What the blue baseball hat emoji looks like on iPhone and Android.

As you can see, this emoji can look slightly different depending on which platform you are using.

What does the slang word “capping” mean?

In slang, the word “capping” means to lie. For example, saying “you cappin'” is basically the same thing as saying “you’re lying”.

Sometimes, people will use this phrase to express shock or disbelief. For example, if your friend tells you something that surprises you. In other words, it’s kind of like saying “No way!” when you’ve heard some unexpected news.

What does “no cap” mean?

The phrase “no cap” is often used to express authenticity. This translates into “no lie” or “I’m not lying”. It is the same thing as saying “I swear to God”.

I actually broke my new running record. No cap!

In this case, the person wants you to know that they are being honest and that they are not telling you some sort of made-up story.

I would walk out if my boss spoke to me like that, no cap!

In this example, the person is using the phrase to express their sincerity or their conviction.

OK, so where does the blue hat emoji come in?

At some point, Internet users began to substitute the words “cap” and “capping” with the blue baseball hat emoji. This is because the word “cap” is a synonym for “hat.” Furthermore, the official name of the emoji is actually the “Billed Cap Emoji“.

I will never drink again. No 🧢!

As you can see, the emoji works as a substitute.

And that’s basically it! Hopefully, this guide helped to clear a few things up for you. It can be a bit daunting to keep up with all of the new slang phrases that pop up on the Internet!