The word bozo has become increasingly popular on TikTok and Twitter over the past couple of months.

So much in fact that people are beginning to ask what it means.

Bozo is an older slang term. If someone is a “bozo”, it means that they are stupid, foolish and insignificant. It is another way of calling someone a clown or a loser.

Although this word is clearly an insult, TikTok and Twitter users will typically use it in a playful manner.

In most cases, they are either being ironic or they are simply using it because it sounds funny. 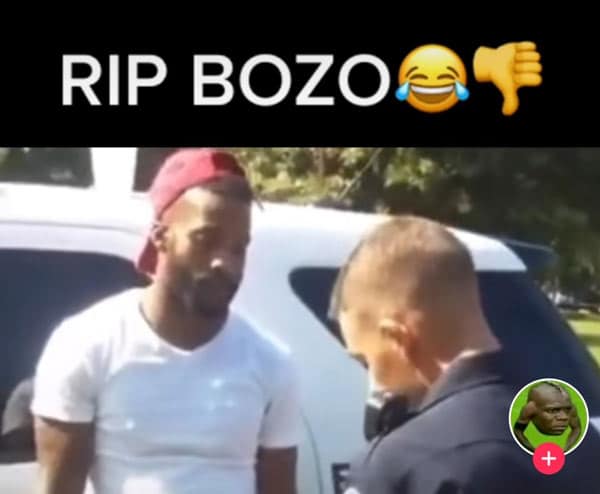 A screenshot of a video.

Basically, the word has become somewhat of an Internet meme.

What does “RIP bozo!” mean?

In 2020, the phrase “RIP bozo!” started to appear in “deep fried” memes and reaction videos.

For example: Exhibit A and Exhibit B.

People will use this phrase in two different ways.

For example, if a football player under-performs or makes a huge mistake in a big game, then fans of other teams might mock him and insinuate that his career is over by posting “RIP bozo!”

Similarly, if a controversial politician loses an election, then opposition supporters may also use the phrase.

All in all, this is just another way of making fun of a person’s unfortunate circumstances.

Originally, it started out as a way to mock an opponent or a generally unlikable person. However, as time went on, people began to use it far more liberally.

For example, nowadays, you might find it on video footage of some random stranger making a stupid mistake. It might also feature on a funny clip of someone falling over. 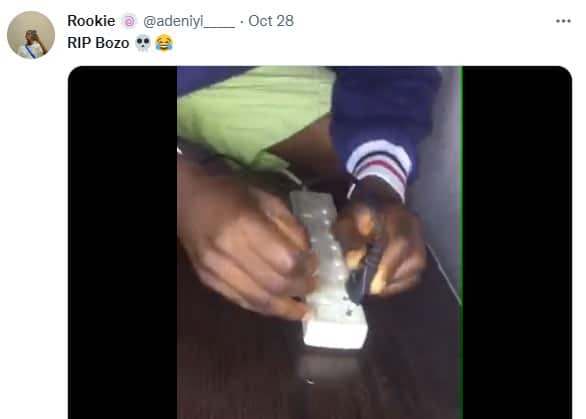 This “slang” phrase is also popular on Twitter. In this example, the user posted a video of someone sticking a nail into an electrical socket.

What does “Hello bozo!” mean?

On August 14, 2021, TikTok user @yesyesyesblingingboss (Betty Fletcher380) uploaded a video in which she said “Hello bozo!”

In the video, Betty was saying hello to a user called Bozo. At the time, it seems as though she did not realize that the word had become an Internet slang phrase.

Of course, the users of TikTok found this absolutely hilarious and proceeded to turn it into a trending sound.

Within hours, gamers and sports pages were using Betty’s clip in their meme videos and fan edits.

Since then, it has become a popular term to use whenever you surprise an opponent or get the upper hand on them. For example, if a gamer surprises someone in an online multiplayer game, they might say “Hello bozo!” just before they eliminate them.

To make a long story short, this is basically the Gen-Z equivalent of shouting “Surprise motherf**ka!”

Unfortunately, it seems as though Betty’s original video no longer exists. In this case, it is likely that she grew tired of the unwanted attention and decided to delete it.