Christopher Moltisanti and Tony Soprano are not actually related.

Well, not by blood, anyway.

Take a look at the following family tree. 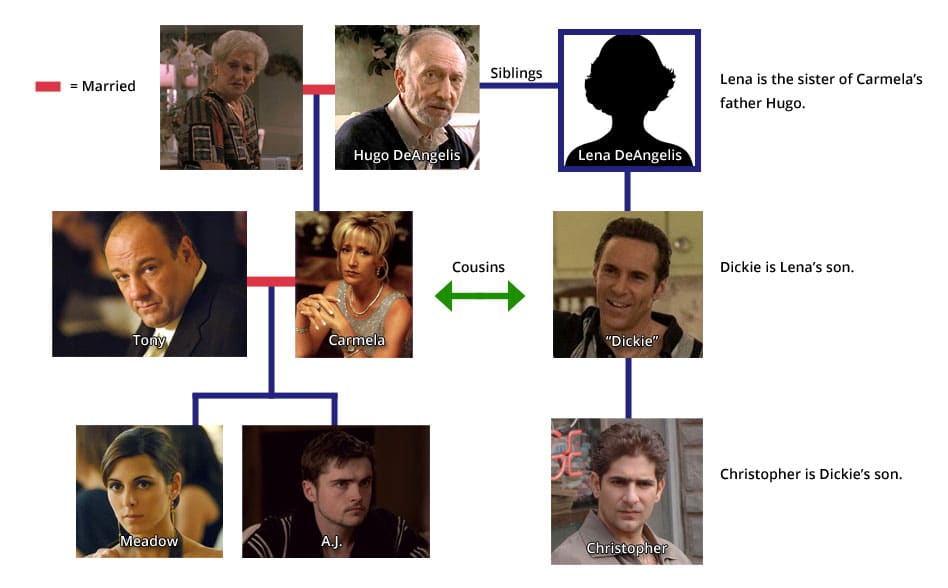 A family tree diagram that highlights the relationship between Carmela and Christopher. Carmela Soprano and Dickie Moltisanti are first cousins.

In the diagram above, you can see that Tony and Christopher are not related by blood. Their familial “connection” only exists due to Tony’s marriage to Carmela.

Technically speaking, they are merely cousins-in-law.

Why does Tony call Christopher his nephew?

In Italian-American families, it is common to refer to relatives and close friends of the family as “uncle” and “nephew”. This practice is popular in other cultures as well.

For example, if your dad has a best friend named Tommy, then you might grow up calling him “Uncle Tommy”.

This is why Meadow and A.J. Soprano refer to Paulie Gualtieri as Uncle Paulie.

The main thing to realize here is that people in other cultures will often use words such as “uncle”, “nephew” and “niece” as terms of endearment.

They will not always rigidly stick to their official definitions like we do.

Tony used to refer to Christopher’s father as Uncle Dickie.

When Tony Soprano was growing up, Dickie Moltisanti was basically another father figure to him. Especially when his own dad, Johnny Soprano, was serving time in prison. 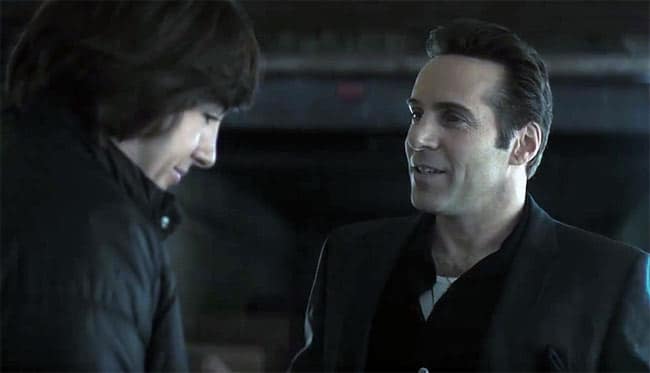 As a result, Tony used to look up to Christopher’s father and call him “Uncle Dickie”.

This is despite the fact that Dickie was only a friend of the family.

The close relationship between Tony and Christopher goes beyond familial ties.

Following Dickie’s death, Tony decided to look after Christopher and take him under his wing. He did this because of the loyalty that he had to Chris’ father.

In essence, he was “repaying the favor”. “Your dad looked out for me when I was younger. Now, I’m going to look out for you.”

The fact that Christopher was Carmela’s cousin only served to strengthen their relationship.

Even if Tony did not marry Carmela, it is likely that the pair would have been pretty close.