In “The Sopranos” episode Long Term Parking (S05 E12), Silvio Dante calmly drives Adriana La Cerva out into the middle of the woods and then shoots her.

Sil does this shortly after Adriana’s fiancé, Christopher Moltisanti, lets it slip that she has been speaking to the FBI.

Did she know that she was going to die?

In my opinion, Adriana was completely unaware that Silvio was planning on killing her.

At the time, the news of Christopher’s attempted “suicide” was preoccupying her mind. As a result, she did not see the warning signs or “red flags” until it was far too late. 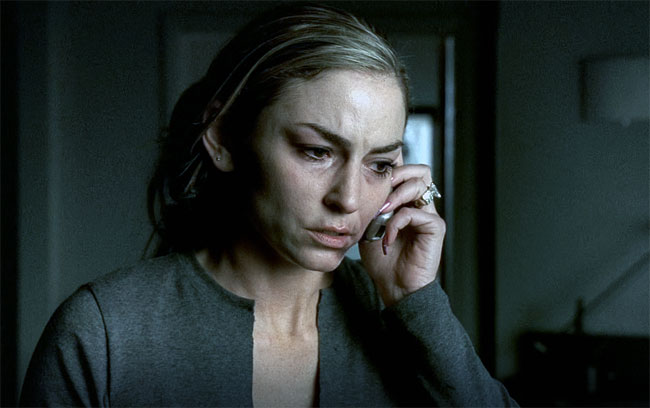 Tony calls Adriana from a pay phone and tells her that Christopher has attempted to commit suicide. He then tells her that he is sending Silvio around to collect her and drive her to the hospital.

Adriana’s emotional state during the car ride has led some viewers to believe that she knew what was going to happen.

However, I do not believe that this was the case. 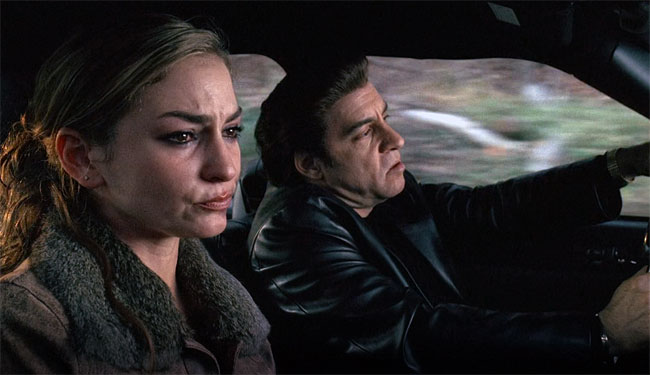 Silvio drives Adriana to the “hospital”. During the ride, she begins to cry and sob to herself.

Throughout the journey, Adriana is shocked and upset. She is feeling overwhelmed. There are so many thoughts racing through her mind that she really isn’t paying attention to the real world.

Her fiancé is in the hospital after a failed suicide attempt. His decision to kill himself came shortly after she informed him that she had been talking to the FBI.

Not only is she worrying about his well-being, she is also probably blaming herself for it.

Adriana daydreams about leaving town by herself.

If you put yourself in Adriana’s shoes, Christopher’s decision to try and kill himself is also upsetting for another reason.

Essentially, it means that he has decided against going into the witness protection program with her.

When Chrissy had to choose between living a new life with her or staying behind with Tony and the family, he chose to tap out.

This explains why Adriana was daydreaming about getting into her car and leaving New Jersey by herself.

This is a woman who is stuck between a rock and a hard place. On one hand, she has Tony and the “family”. On the other hand, she has the FBI breathing down her neck.

This is such a stressful situation that it is easy to understand why she might visualize herself driving away from it all.

One interesting fact about the daydream is that she is driving away in her own car. This is something that she would not be doing if she was going into the witness protection program.

In other words, she is daydreaming about escaping from everyone. It has nothing to do with her believing that she is about to die.

She did not show fear until Silvio got out of the car.

Adriana’s reaction when Sil stopped the car and got out is extremely telling.

Up until that point, she did not react to any of the warning signs.

When Sil pulls into the forest, Adriana snaps back into reality and looks confused. However, you still don’t get the sense that she is afraid.

It is only when Silvio gets out of the car that she puts two and two together and starts to realize what is happening. 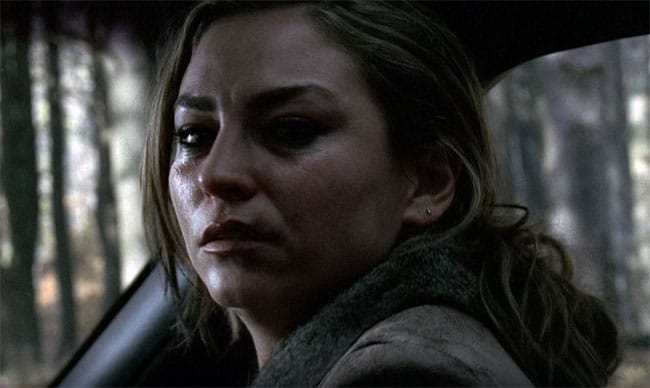 When Sil gets out of the car, Adrian starts to shout “No!” over and over again.

Her reaction is heartbreaking. Not only does Adriana realize she is about to die, it has also become evident that the man she loves so much has decided to sell her down the river.

After Sil drags Adriana out of the car, she crawls through the leaves and begs for her life. Unfortunately for her, Sil is a cold-hearted killer who does not hesitate. 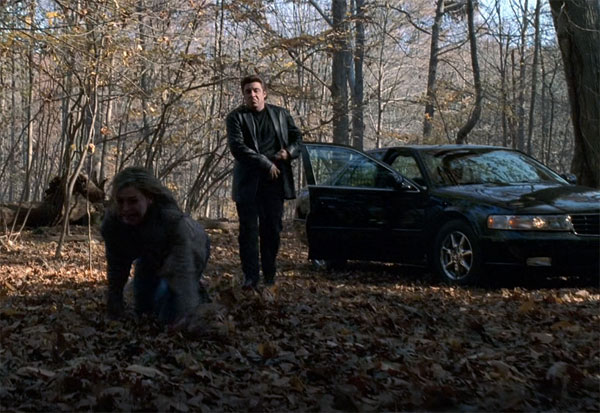 Silvio pulls out his gun as Adriana is crawling away.

Adriana’s reaction in her final moments suggests that she was too busy thinking about her current predicament to realize that Silvio Dante was planning on killing her.

Because she loved Christopher so much, it is unlikely that she believed he would betray her like that.

To her, such a possibility would have been unthinkable.

Sadly, it was this love for Christopher that blinded her.