For the past few months, the notifications on my Facebook app have been “repeating” themselves. This has been happening for a while now and it is only now that I have finally grown so tired of it that I’ve decided to write a post about it.

When I open the Facebook app for the first time, the bell icon at the top will tell me that I have new notifications:

However, when I click on the icon, Facebook highlights two old notifications that I have already seen. It then “fades” them out.

If I force the app to close and then reopen it again, the exact same notifications will appear as if they are new: 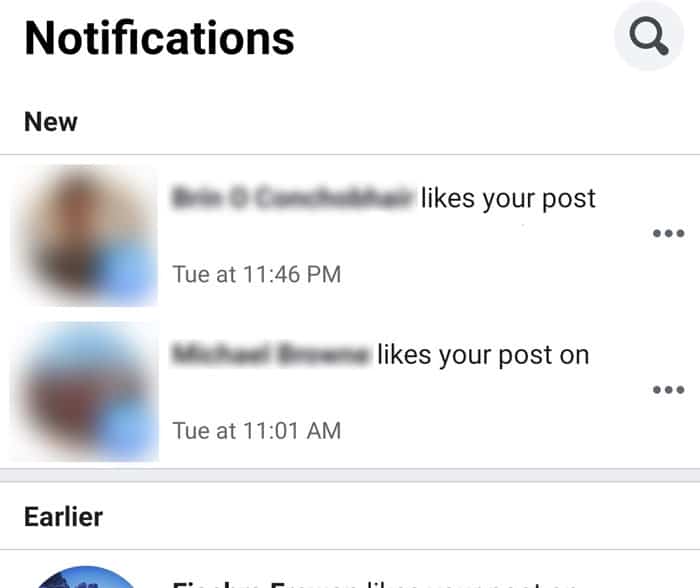 The two “new” notifications above were nearly five days old when I took this screenshot.

Note that sometimes, the Facebook app will clear these notifications in under a second – so quick that you barely notice it. On other occasions, it can take a few seconds. The rate at which it “clears” these notifications seems to depend on how fast your Internet connection is at the time.

To me, it looks as though the Facebook app has two processes going on:

I use the official Facebook app on Android and this bug has been present across a number of releases. i.e. I have updated the app multiple times since this issue first started and it is still present today.

Clicking on the notifications doesn’t seem to fix the issue. While testing it out this morning, the “new” notifications number decreased from 2 to 1. I thought that I had finally discovered a fix. However, a few minutes later, it went straight back to 2.

I then cleared the cache on the Facebook app. This also failed to solve the issue.

The only thing that seemed to work was clearing the app’s data and logging back in. However, this is not a solution that I want to have to use every time I get a new notification.