If the 😬 emoji appears beside a friend’s name on Snapchat, then it means that your top friend is also their top friend. 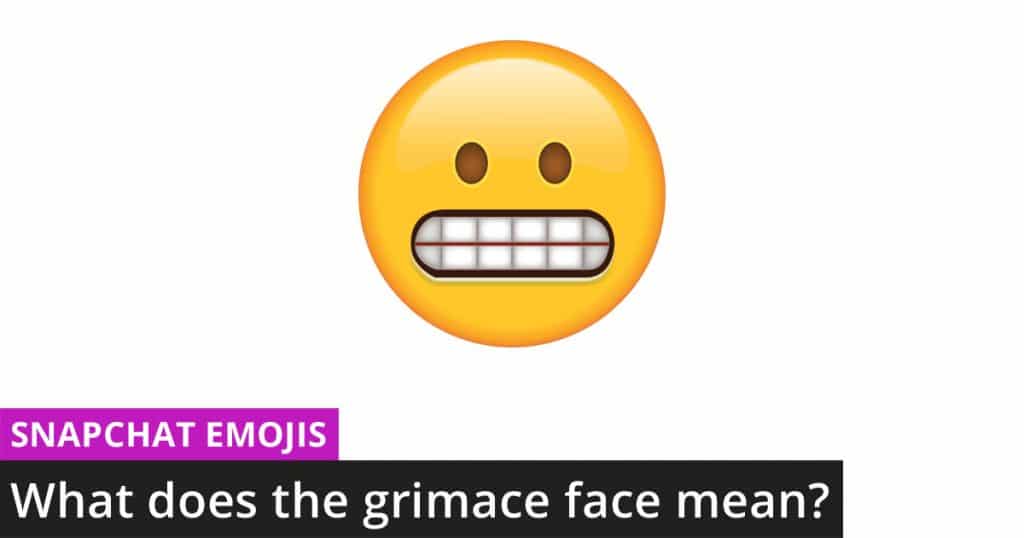 The grimace emoji is a wide-eyed face with clenched teeth. It might look slightly different depending on which phone you are using.

In the world of Snapchat, that means that you both interact with the same person the most.

In other words, you both send a lot of snaps to this person.

Essentially, the grimace face is an indication that you’re in some sort of “friendship triangle” on Snapchat.

In the case above, Sara and Maria will both be able to see a grimace emoji beside each other’s names. As you can imagine, this emoji is particularly common in groups of friends.

Why did the grimace emoji disappear?

It is important to note that this emoji is based on recent activity.

If either Sara or Maria were to start sending more snaps to another person other than Lisa, then the grimace emoji would eventually disappear.

Consequently, you may find that this emoji will “hop” from one person to the next in your friend group. It may reappear and then disappear again. It might also bounce back and forth like a pinball.

For example, if Sara were to start sending a lot of snaps to her sister, then her sister could replace Lisa as her “top friend”. As a result, Maria will no longer see the 😬 emoji next to Sara’s name.

Why? Because Sara and Maria no longer share the same top friend anymore.

Related: What does the yellow heart emoji mean on Snapchat?