If the yellow heart emoji (💛) appears beside a friend’s name on Snapchat, then it means that they are your TOP friend.

In other words, you have recently sent more snaps to this person than anyone else on your friend list. 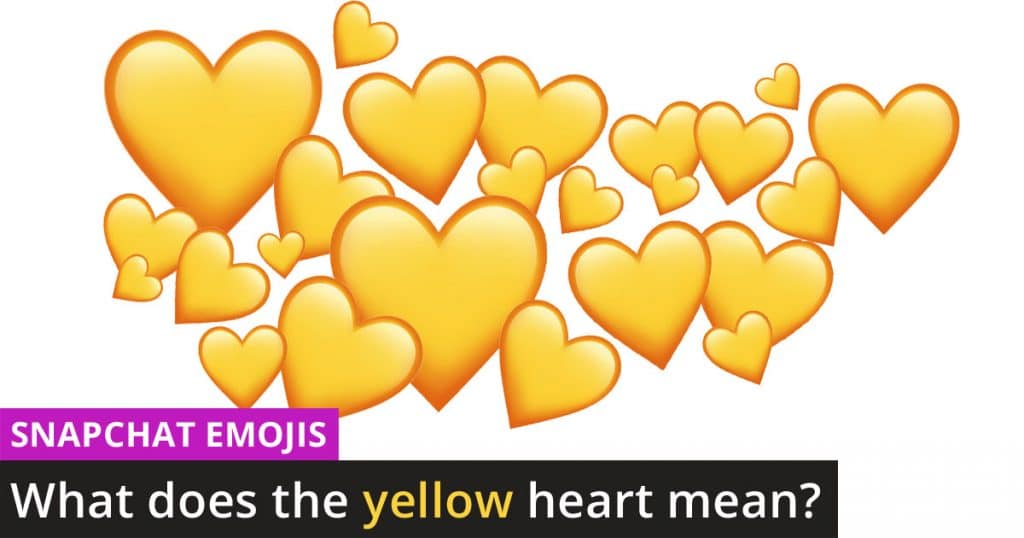 These emojis are based on your most recent activity. They are not permanent.

Snapchat will use different emojis to describe your relationship with a person. Typically, the emoji that the app uses will be based on how frequently you interact with someone.

What does the yellow heart mean?

If a yellow heart appears next to a person’s name, it means that you are currently best friends with each other.

This is an example of what it looks like in the app. In this case, Joe is my top friend. I am also his.

Note that I put the word “currently” in bold because all of these emojis are based on recent activity.

This means that the yellow heart will eventually disappear if you don’t keep snapping each other.

However, if the both of you remain “best friends” for more than two weeks, this yellow heart will turn into a red heart emoji.

Why did the yellow heart disappear?

The yellow heart emoji will disappear if you no longer send each other the most snaps. Remember that this emoji is based on both of your activities.

If they are no longer your number one best friend on Snapchat, then it means that you have been sending more snaps to someone else.

However, if they are still your number one best friend, then it means that they have been sending more snaps to another person.

In this case, the emoji will probably disappear after a while because Robert is now sending more snaps to Olivia than John.

Note that if the 💛 turns into a ❤️, then it means that you guys have been “best friends” for two weeks or more.

To remove the yellow heart without blocking the person or removing them as a friend, you will need to stop sending them snaps.

Essentially, you will need to stop interacting with them on the app until it disappears.

Another alternative is to make sure that you’re more active with another person on the app. In other words, keep sending snaps to someone else until you lose it.

Related post: What does the grimace emoji mean on Snapchat?