The other day, I saw a tweet that claimed Ireland is a socialist country.

Notably, this isn’t the first time that I’ve come across such a statement. It seems to be a common misunderstanding, particularly among Americans.

Unfortunately, in the eyes of many US citizens, any country that provides its people with a social safety net must be some sort of communist dystopia. 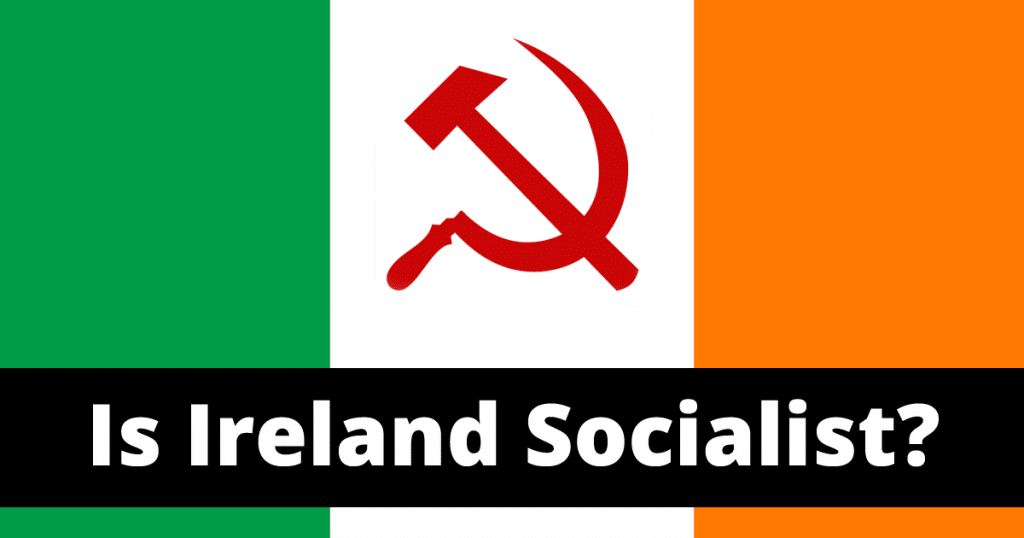 However, this is not the case. Facts are facts, and definitions exist for a reason.

You can’t label a country as “socialist” just because it has a welfare system.

The simple answer is no. Ireland is not a socialist country.

Nor has it ever been.

If Ireland was a socialist country, the means of production, distribution and exchange would be controlled by the government. However, this is not the case. Nor has it ever been the case, for that matter.

Socialism is based on the belief that everyone has an equal right to a country’s wealth. In 2019, it was reported that there were over 70,000 millionaires living in Ireland.

Clearly, those numbers show that this “belief” is not a part of our country.

If Ireland was a socialist country, then the Irish government would have nationalised all of the main industries. Again, this is not the case.

In fact, over the years, Ireland has taken steps in the opposite direction. Aer Lingus, Telecom Éireann and Irish Sugar are all examples of companies that have been privatized by the Irish government.

In other words, these companies were sold off to private investors.

Ireland’s corporation tax is currently 12.5%, which is much lower than America’s 21%. Does that sound like the corporate tax rate of a socialist country?

We are far from “far-left”.

Our largest communist party has struggled to gain a foothold in elections. To date, its biggest “win” was three seats in 2016. In that election, they only managed to receive 1.2% of the vote.

Furthermore, the left-wing “Solidarity-People Before Profit” alliance only managed to win five seats between them in 2020. That’s 5 seats out of a total of 160. That’s a paltry 3.13%.

This shows that most Irish people have no interest in such an ideology.

Last but not least, there’s the biggest indicator of all: Private property.

Irish people and businesses are allowed to own private property. In Ireland, you can create a private business or a company. You can even put on your Gucci sneakers and walk to the local phone store to purchase the latest iPhone if you want to.

All in all, an Irish person can pretty much own the exact same things that a person in the United States can own. Private property is allowed.

This fact alone flies in the face of such a claim.

To sum it up, Ireland does not meet the criteria. Therefore, calling it a socialist country is just wrong. There is no other way to put it.

Ireland is a capitalist country.

Although Ireland’s economy is mostly capitalist, the country also has a number of social programs that are funded by taxpayers:

However, having social programs is not the same thing as socialism.

Since the state’s formation, Ireland has been led by centrist and centre-right governments. At the time of writing, it has never had a left-wing government in charge.

Even our largest left-wing political party is pretty centre-left. Therefore, it is pretty ridiculous to suggest that we are a socialist nation.

In short, you can’t just change the definition of something to suit your narrative. Words have meaning.