This is a guide on how to split a string using JavaScript.

To do this, we will be using the split() method. This method takes in one parameter: The separator.

This is the character that we want to split our string at.

Split a JavaScript string by the hyphen character.

Let’s start off by splitting a string by the hyphen character.

Take a look at the following example:

In the JavaScript code above, we have a variable that contains the string “Hello-World”.

However, what if we wanted to split that string by the hyphen character?

The structure of our new array.

As you can see, the resulting array contains two strings: “Hello” and “World”. Furthermore, the hyphen character that was originally in our string is now gone.

If you run the sample code above, your browser will print out the following alert:

Hello and World have been split!

In some cases, the separator character might exist in our string more than once.

Here, you can see that our string contains two hyphens. As a result, the split() method will split our string up into three strings: 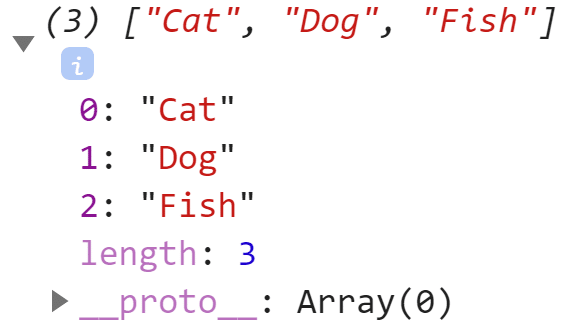 The array that split() returned.

As you can see, there is no limit to the number of pieces that your string can be split into. If there were three hyphens in our string, that would result in four “pieces”.

Uncaught TypeError: split is not defined.

If you are witnessing this error, then it is likely that you are calling the split() method on a variable that isn’t a string.

Take the following piece of code as an example:

Here, we attempted to split a number according to its decimal places.

However, the variable in question is actually a float variable. As a result, an Uncaught TypeError will be thrown.

To fix this particular error, we will need to parse our number as a JS string before we attempt to split it.

This time, we used the toString() method before we attempted to use the split() method. If you run the example code above, you will see that it now works.

And that’s it! Hopefully, this guide will save you a headache or two!