One interesting theory floating around in the The Sopranos “universe” is that Lupertazzi boss Phil Leotardo was gay or bisexual.

This theory basically posits that Phil engaged in homosexual acts while he was serving “20 years in the can”. A lengthy prison sentence that he repeatedly talks about during the show. 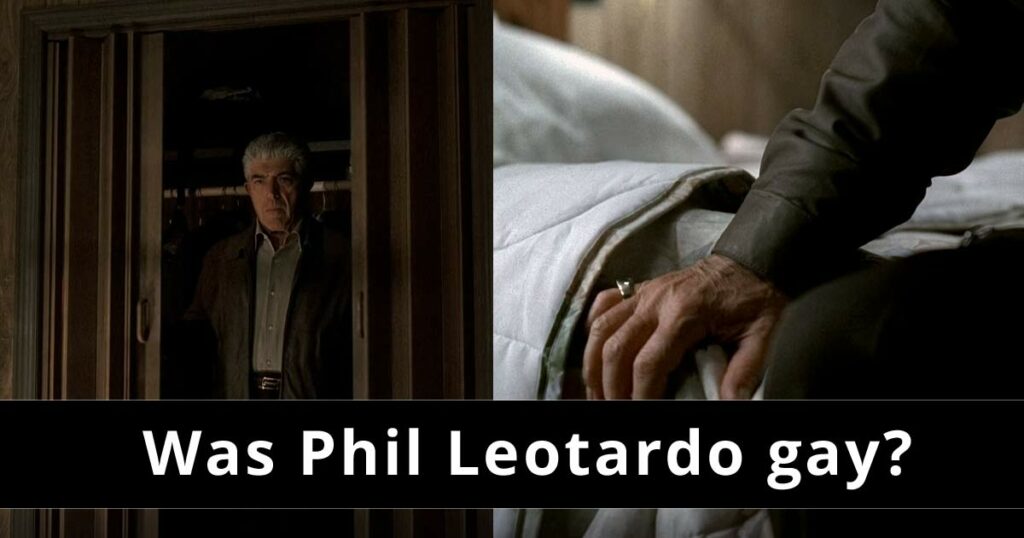 Phil Leotardo comes out of the closet.

In the episode Cold Stones (S06 E11), Phil and his crew surprise Vito Spatafore as he is returning to his motel room. 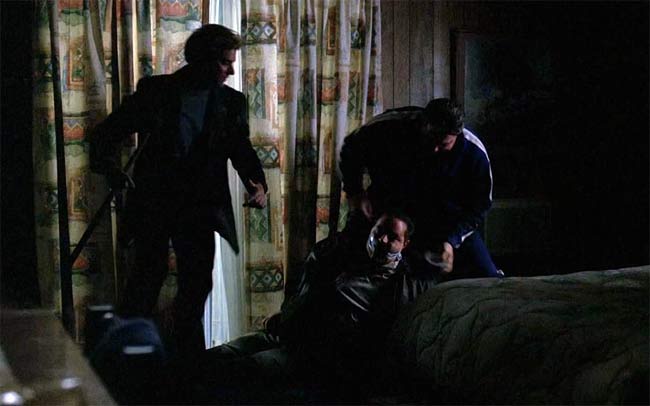 Dominic “Fat Dom” Gamiello and Gerry Torciano knock Vito to the floor and duct-tape his mouth.

As Vito is lying on the ground in fear, Gerry Torciano switches the lights on.

Immediately afterwards, a closet on the other side of the room begins to open. 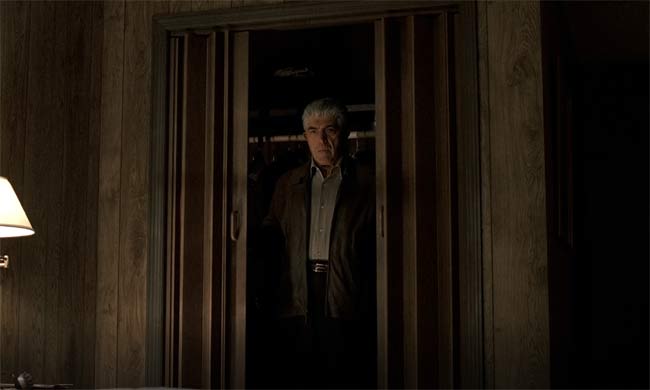 At this point, Phil Leotardo steps out of the closet.

The thought of a senior mob member like Phil physically hiding in a closet is so peculiar and laughable that many fans believe this scene is a nod from the writers of the show.

In other words, they see it as a hint that Phil has been hiding his own homosexuality.

If the idea was to have Phil surprise Vito, then the writers could have easily come up with an endless number of alternative scenes. However, in this case, it seems as though they specifically decided to show him coming out of a closet.

Furthermore, there was no real need for him to be hiding in there in the first place. Both “Fat Dom” and Gerry Torciano were carrying pool cues. They were also in a good position to take Vito down.

Funnily enough, it wasn’t the closet scene that made me think something was askew. It was actually the scene that follows, when Phil grabs the bed sheet. 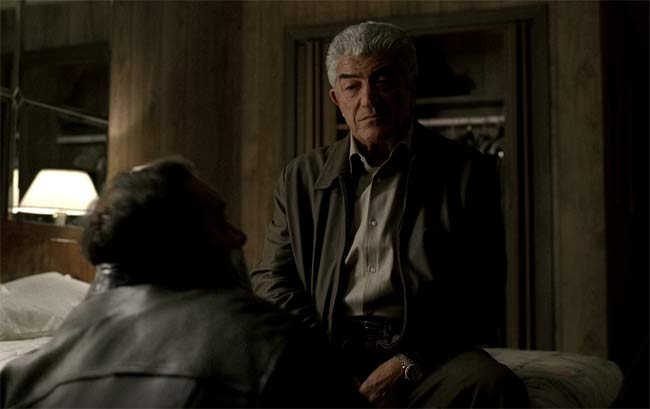 Phil sits on the motel bed while Vito begs for his life.

While Fat Dom and Gerry are beating Vito to death with pool cues, Phil sits on the bed watching. The camera then pans down towards his hand, which is firmly gripping the bed sheet. 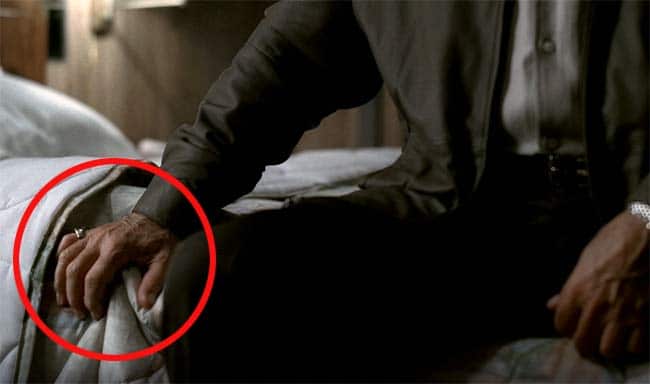 This shows us that Phil is experiencing some intense emotions.

Self-hatred or a joke?

Although some fans of The Sopranos might say that Phil pulled the closet stunt as some sort of sick and twisted joke, his hand movements tell us otherwise.

The fact that the camera puts so much focus on Phil’s hand suggests that the show’s writers are trying to draw our attention to something much deeper.

One theory is that Phil engaged in homosexual acts while he was serving his lengthy prison sentence and that he now loathes that part of himself.

When it emerges that Vito is gay, Phil’s revulsion towards him seems bitter, over-the-top and exaggerated. He also begins to obsessively hound Tony about the issue.

All in all, you begin to feel as if he is overcompensating for something.

Given this reaction, it isn’t ridiculous to think that he might be projecting his own self-hatred onto Vito.

If this is the case, then the “bed grab” makes sense. By killing Vito, he is actually killing a secret part of himself that he feels ashamed of.

During Vito’s wake, one of Phil’s associates is watching a TV show about bodybuilders.

When Phil notices this, he lashes out and tells him to turn it off.

Out of everything the writers could have picked to show on that television, it is very interesting that they chose to display a group of male bodybuilders.

But didn’t he have a wife and goomah?

That is true. However, so did Vito.

At the end of the episode, Phil is lying awake in bed.

Later on, in the exact same episode, Phil is lying awake in bed. He is clearly thinking about something.

Before the camera pans over to Phil, it focuses on his ultra-religious wife and an ornament of the Virgin Mary on her bedside locker. 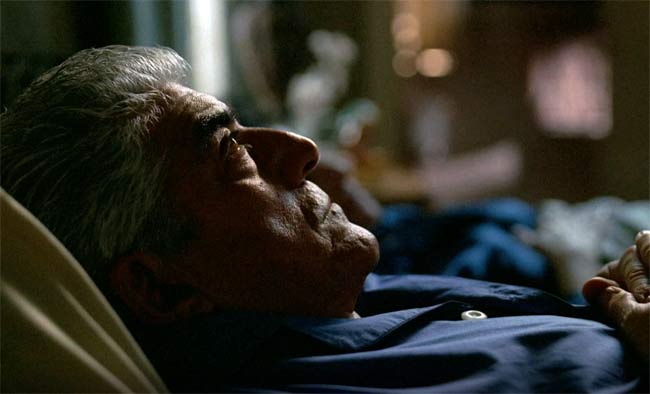 Phil is lying in bed with his eyes wide open.

The fact that Phil is wide awake shows us that there is some sort of internal strife going on.

Is he thinking about his wife’s statement about how Vito is going to hell for being gay? Is he worried that he will meet such a fate? Or is he analyzing himself and acknowledging the fact that he just killed a man for doing something that he also did while he was in prison?

Although some viewers might suggest that he is feeling guilty about the murder, I do not personally think so. Phil is a seasoned mob member who has probably killed multiple people throughout his “career”.

Furthermore, he wasn’t that close to Vito. Although Vito is married to his cousin, the show’s writers make it clear at a later stage that Marie is only Phil’s second cousin.

All of this begs a very important question.

If it’s not guilt that is keeping Phil Leotardo wide awake at night, then what is it?