Xtra-vision was a popular movie and game rental store in Ireland.

For many people, it was the go-to place on a Friday night if they were looking for a movie to rent.

US company Blockbuster owned and operated the chain between 1996 and 2009.

However, in August of 2009, Blockbuster sold off its Irish operations.

In the years that followed, the company struggled to compete in the digital era. Sadly, this eventually led to its insolvency.

In January of 2016, Xtra-vision closed its doors for the final time. 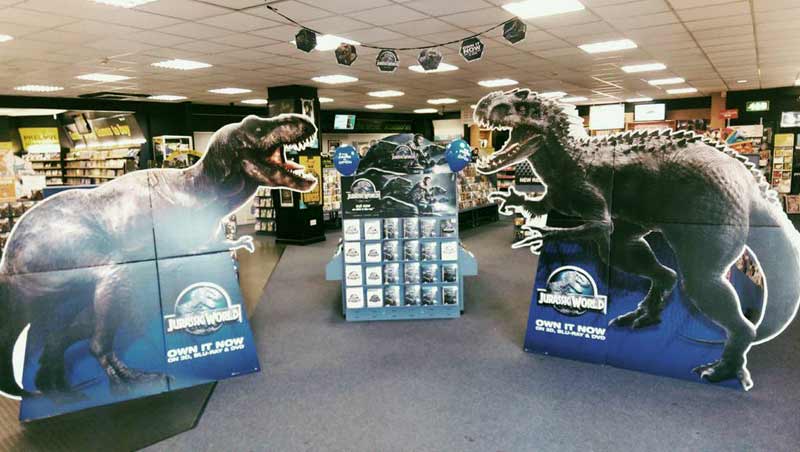 A 2015 photograph of the Xtra-vision store in Drogheda. The DVD release of Jurrasic World was in October, 2015.

We decided to preserve whatever in-store photographs we could find because they might bring some nostalgia to people in the future.

Unfortunately, photos of old stores tend to fade away into obscurity because nobody realises their value until a decade or two has passed by.

By then, most people have either lost them or deleted them.

This is why no photographs seem to exist of Movie Magic, another popular Irish rental chain that met its demise during the mid-2000s. 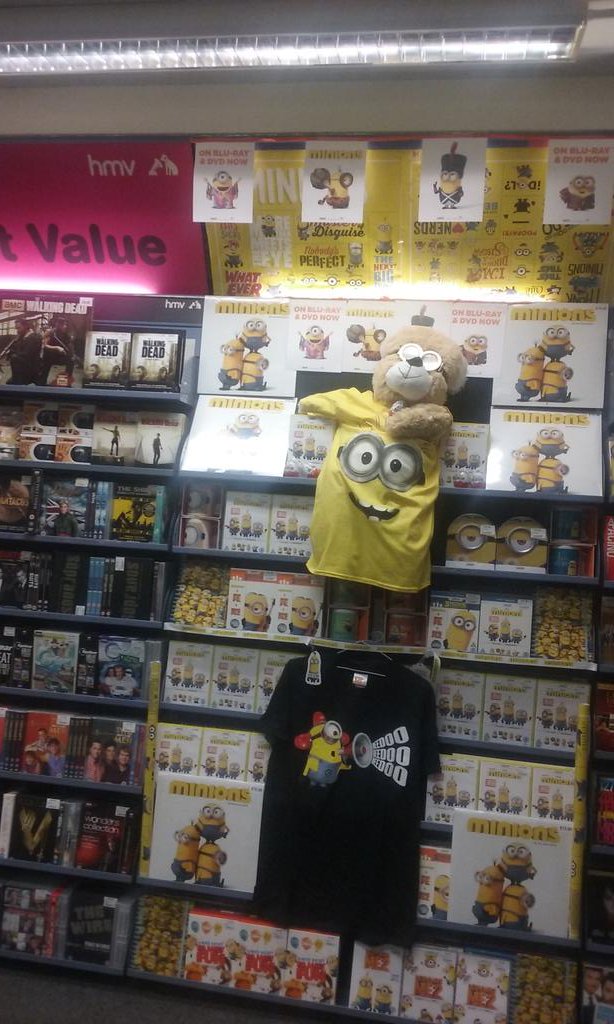 A photograph of the store in Carrickmacross, County Monaghan. The Minions movie was released on DVD in November of 2015.

Below is a screenshot from an RTE News story on the liquidation of Xtra-vision: 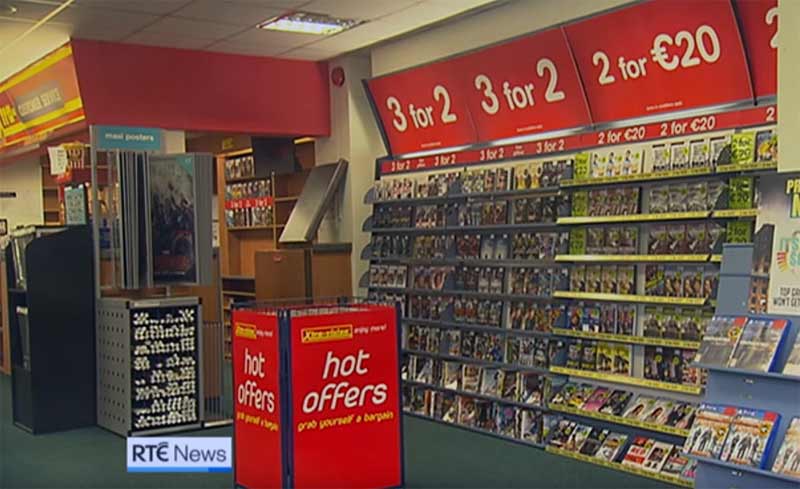 The company went into liquidation in January of 2016 after it was unable to pay its debts.

You can clearly see the poster display rack behind the “hot offers” stand.

I think that many of us miss the experience of going to Xtra-vision.

However, the rise of digital media provided us with the ability to stream movies at the touch of a button.

It was all so easy and inexpensive. In the end, there was no way that the company was going to be able to continue competing against the Internet.

After 2009, it always felt like the chain was living on borrowed time.

For years, many of us knew that its closure was inevitable. In fact, many people were surprised that it managed to hold on for so long.

Xtra-vision did make an attempt to diversify into the smartphone and music markets. However, that approach obviously failed to stem the tide.

In the end, it met the same fate as all of those small music stores that were forced to pull down their shutters. A fate that game stores such as GameStop will probably meet in the not-so-distant future.

The Xtra-vision store in Limavady, Derry. This is from 2016, just before the store closed: 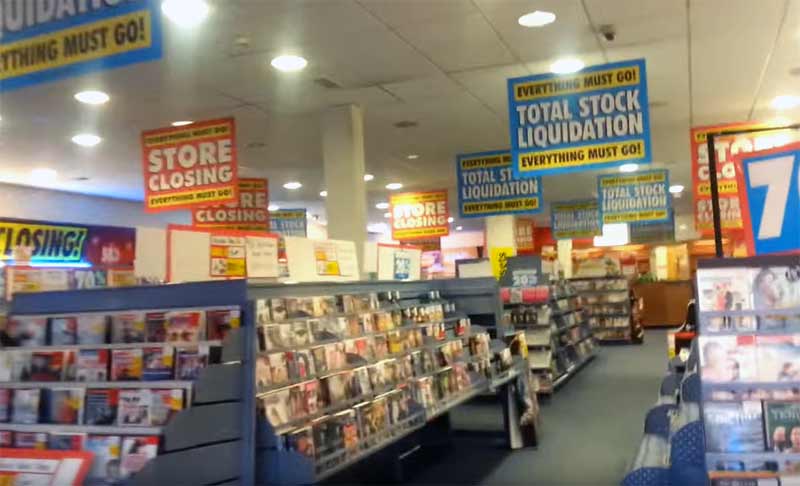 The store in Limavady.

The store in Letterkenny. This was taken in 2010 when pop duo Jedward visited: 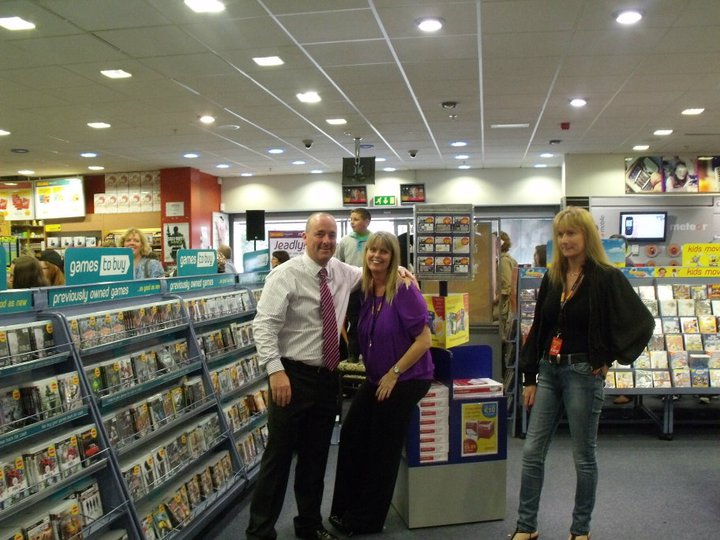 This photograph is from 2010. You can see an advertisement for the video game Call of Duty: Modern Warfare 3 in the background. 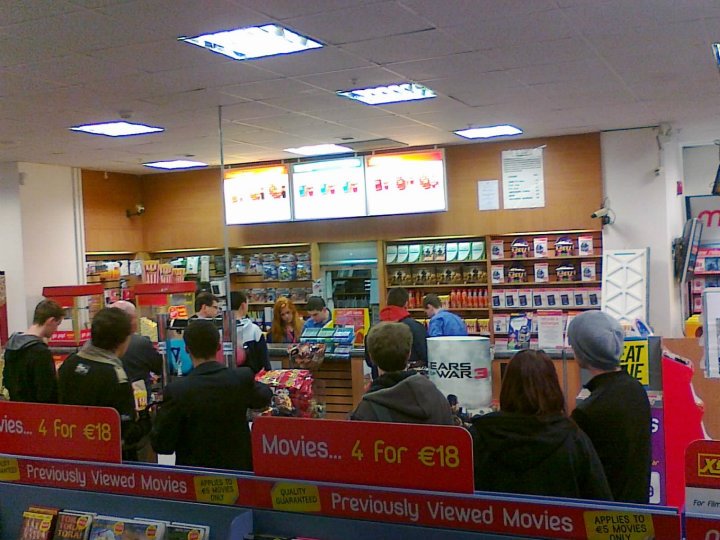 The launch of FIFA 15 in Dungannon, County Tyrone: 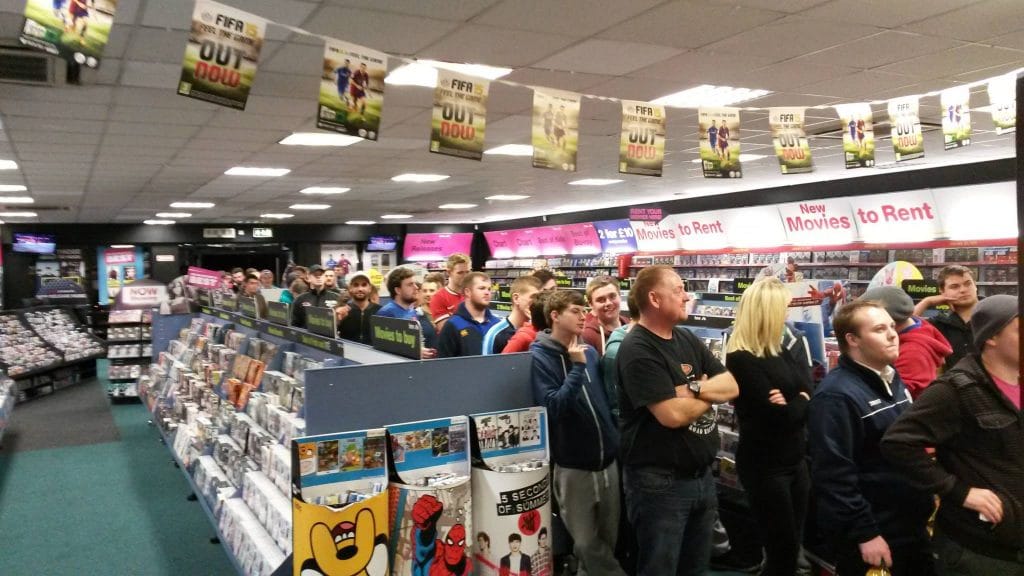 The store in Dungannon.

This photo is from September of 2013. At the time, everyone was eagerly awaiting the release of Grand Theft Auto V: 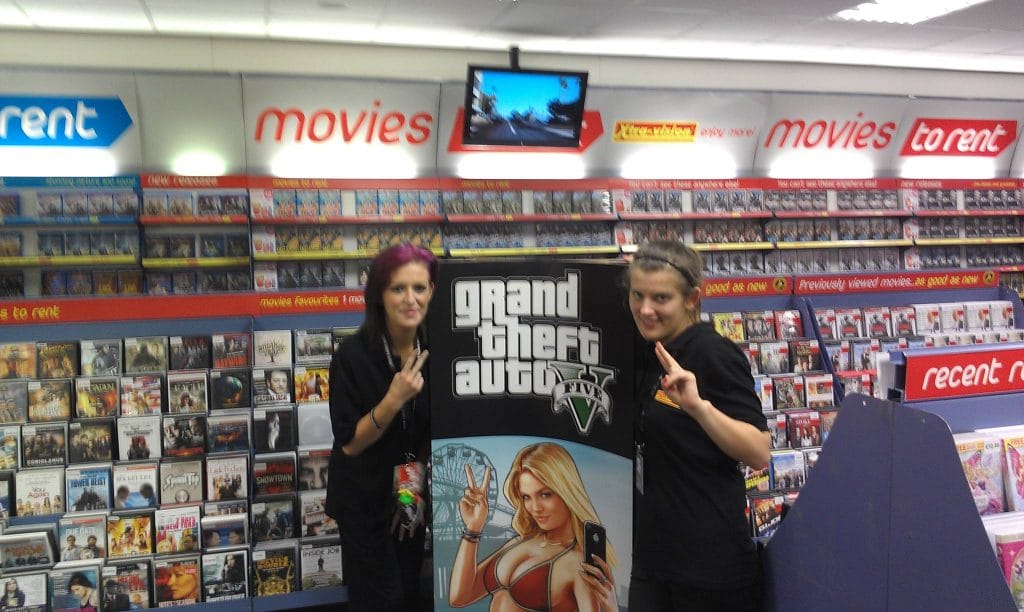 A photograph of the Xtra-Vision store in Newbridge, Co. Kildare.

The store in Wexford town. This was also taken just before the release of GTA V: 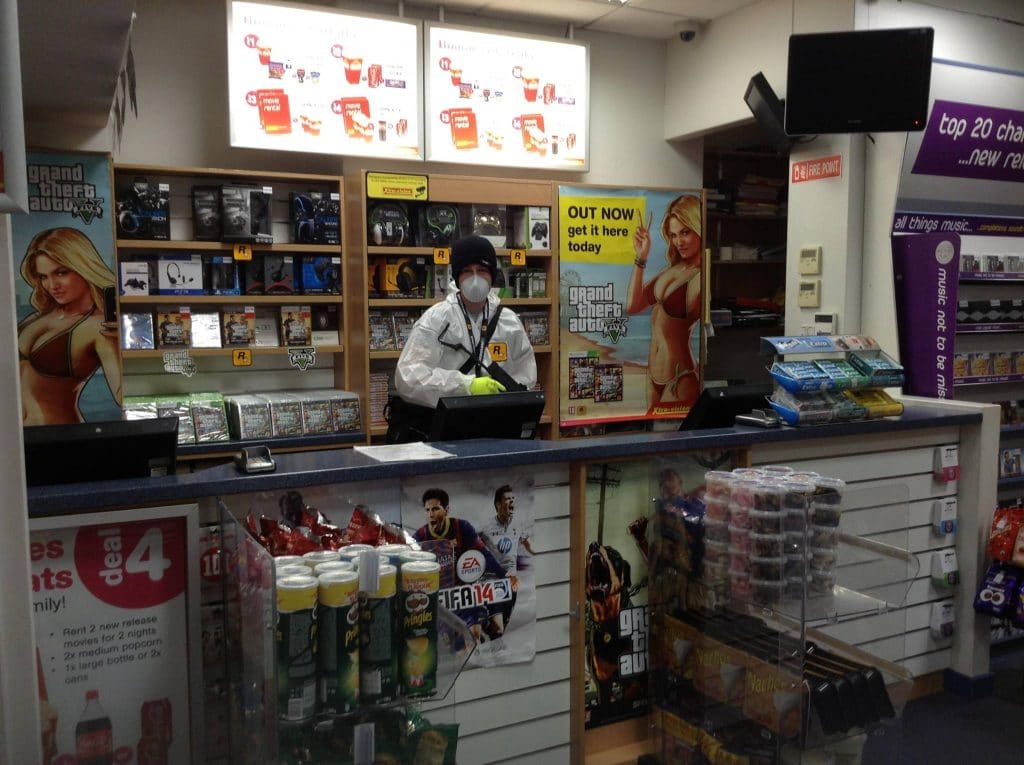 Another photo from the GTA V opening in Wexford: 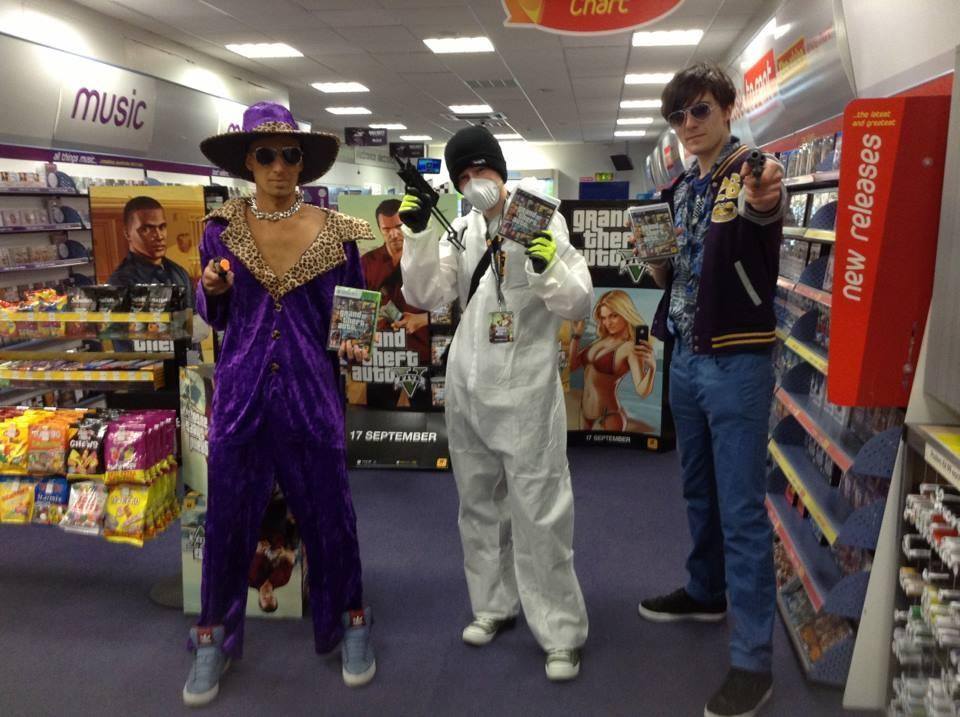 Finally, here is a screengrab from an Xtra-vision commercial in 1989, back when video tapes were all the rage: 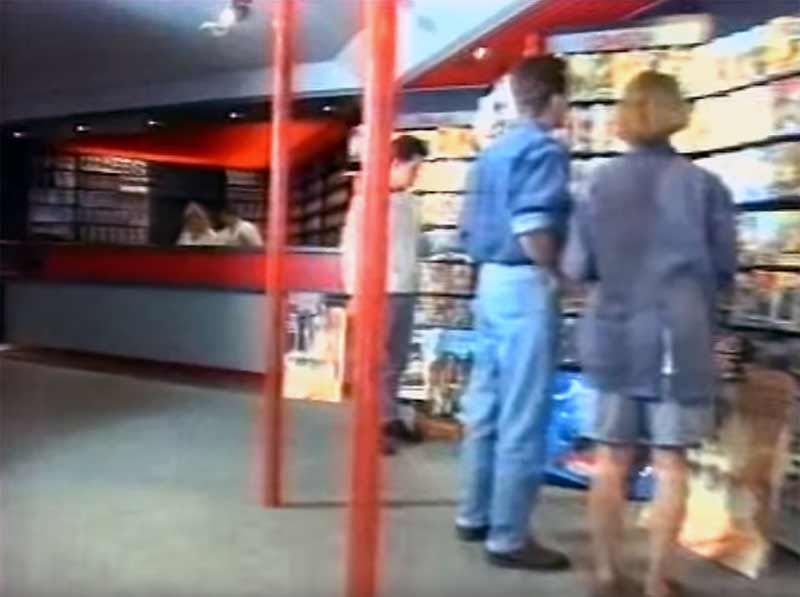