A collection of some of the funnies Pokemon Go memes / jokes that I’ve come across in the past week or so.

A Pokemon Go players crashes a funeral so that he can catch the elusive Mewtwo: 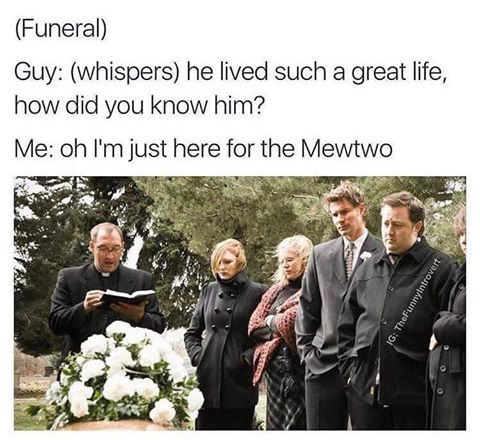 Why should we buy this house?

A Real Estate agent seals the deal by telling his potential buyers that there are Pokestops and a Pokemon gym in the house: 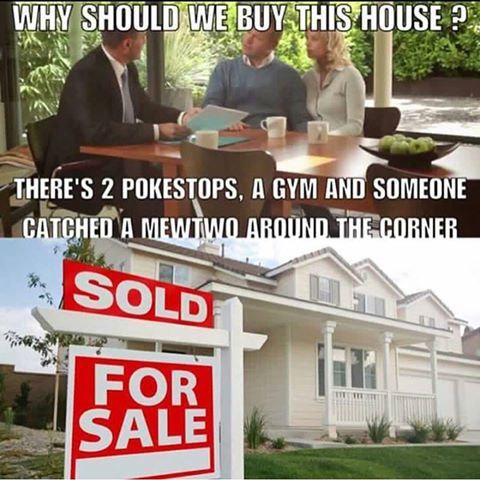 Describe the guy you’re looking for.

A woman describes Pikachu to a policeman: 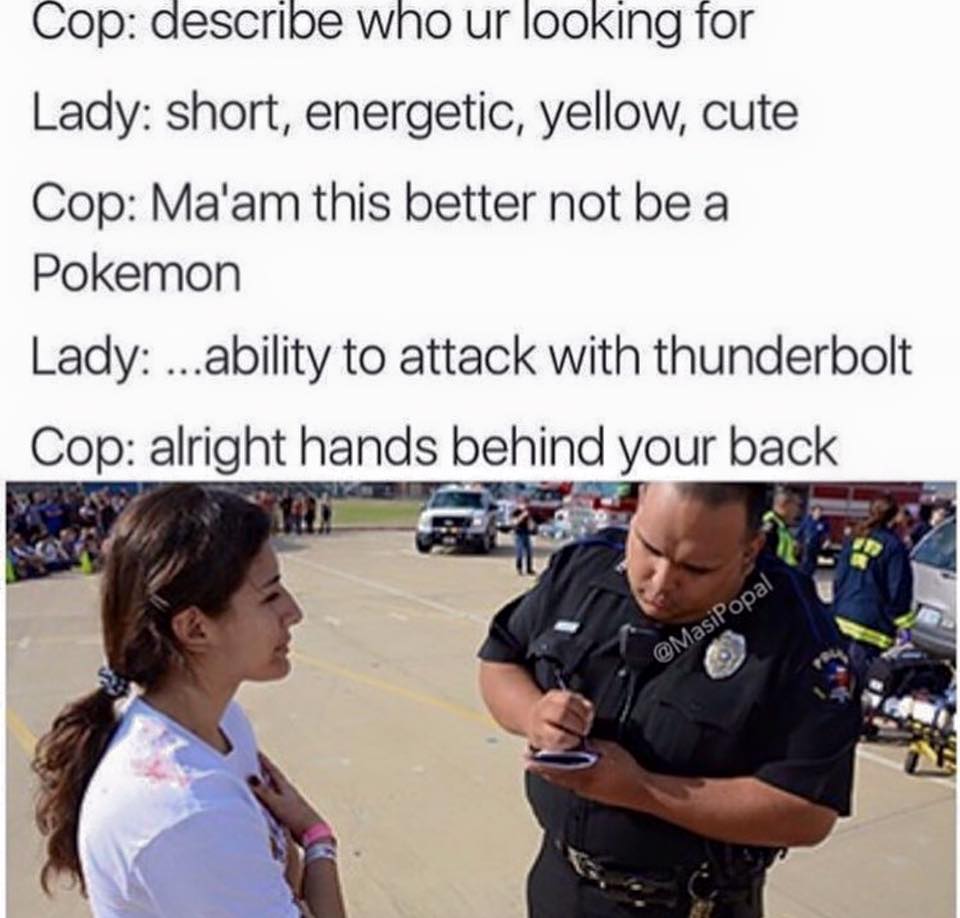 “Back in my day, we didn’t need a smartphone game to run into traffic.” 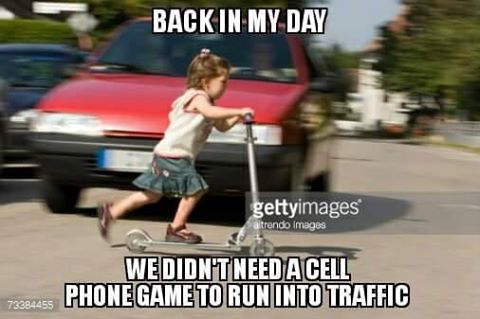 A doctor presumes that a Pokemon Go player is “fit as f*ck”: 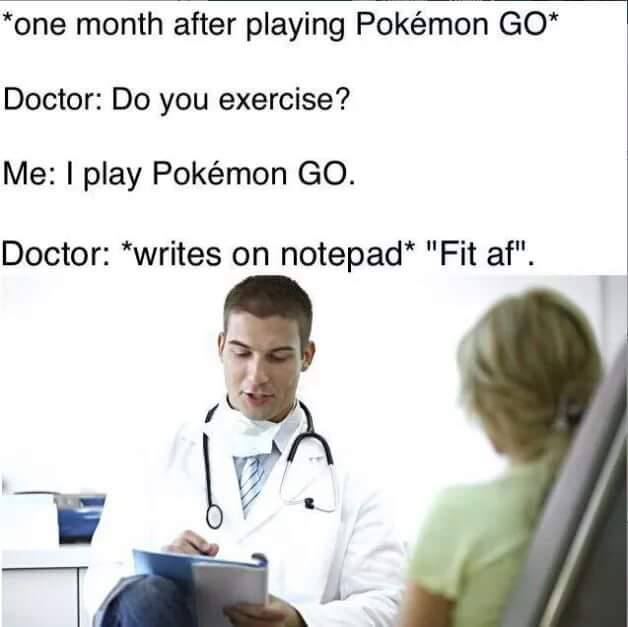 When you find out she plays Pokemon Go: 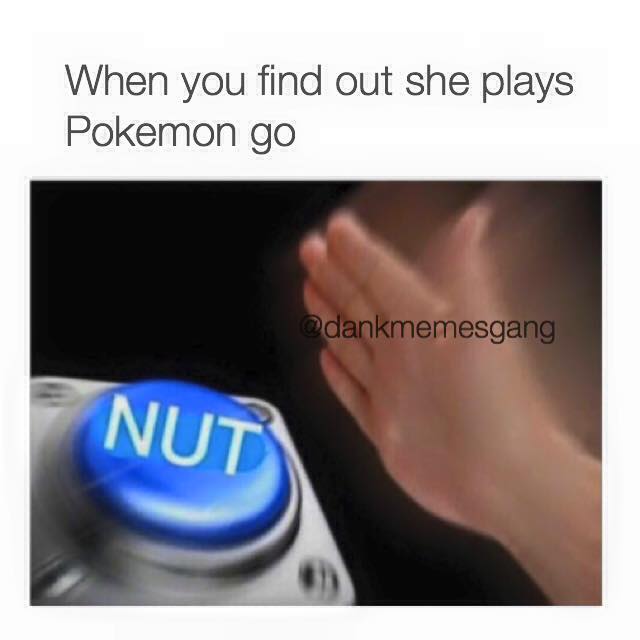 “But there’s a Pikachu in there.” 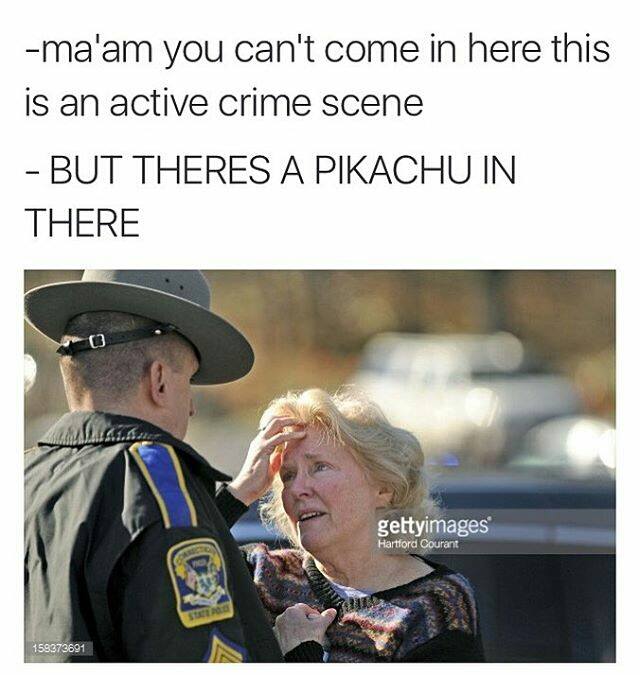 Do you know how fast you were going?

“No officer, I was trying to catch a Charrizard.” 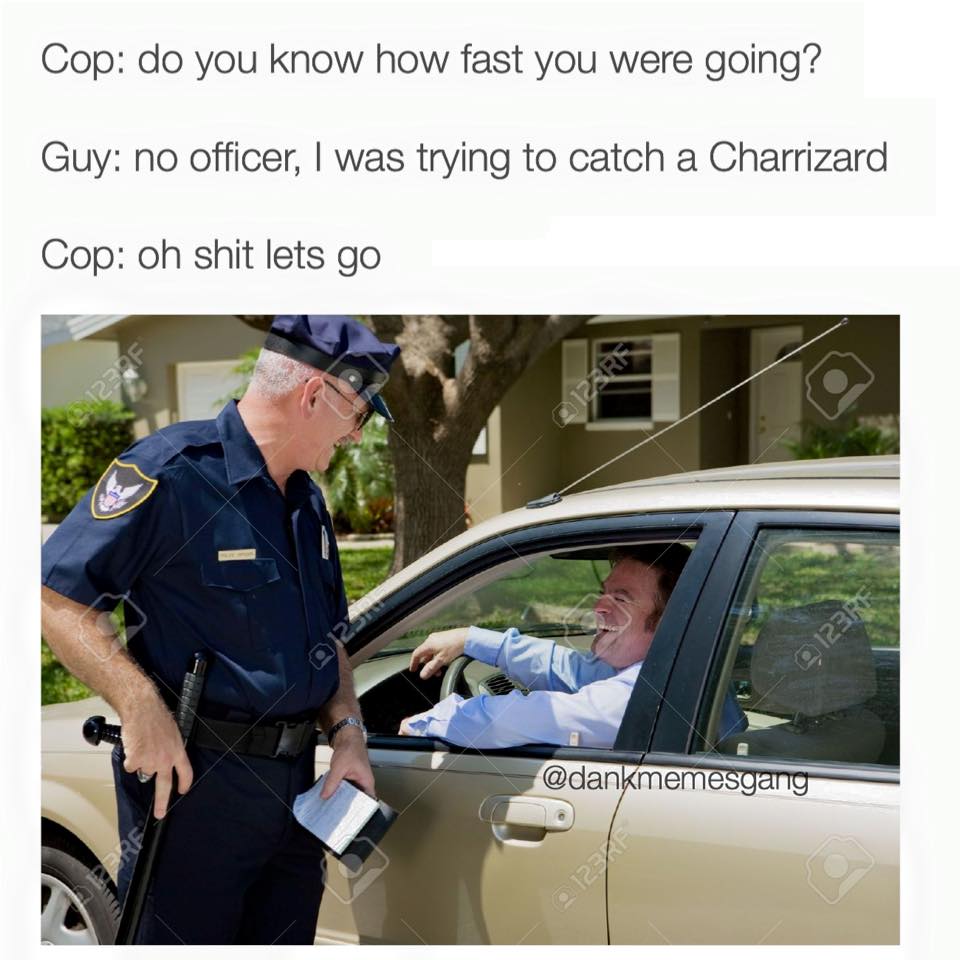 How the times have changed:

When you see somebody else playing Pokemon Go. 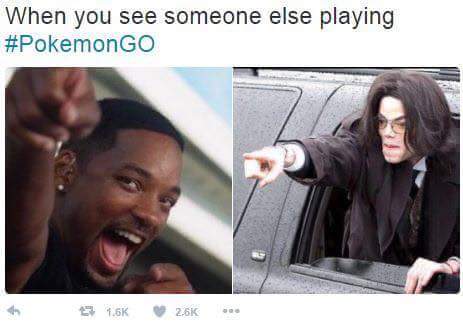 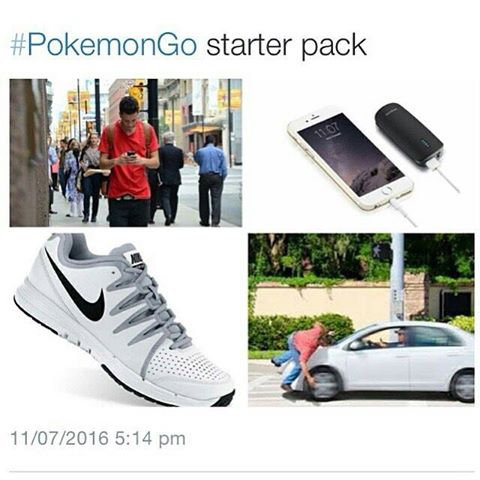 Your mother and I are worried.

“Those drugs aren’t mine.” 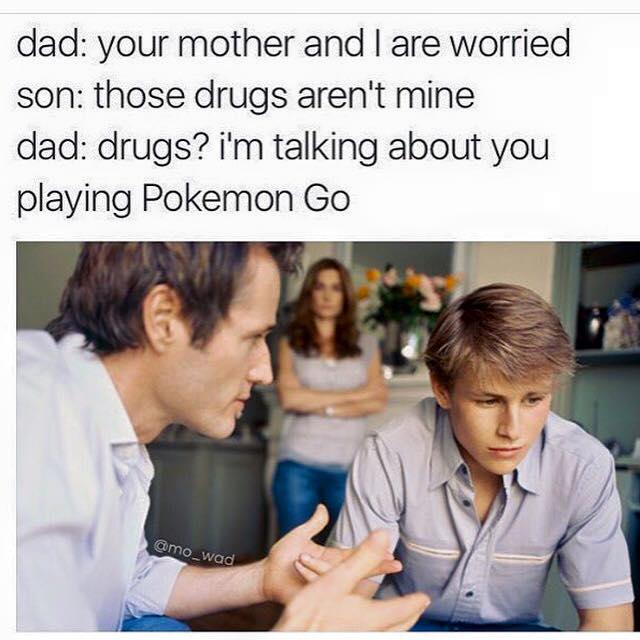 When you pass someone looking at their cell phone.

I think that every Pokemon Go player is secretly doing this at the moment: 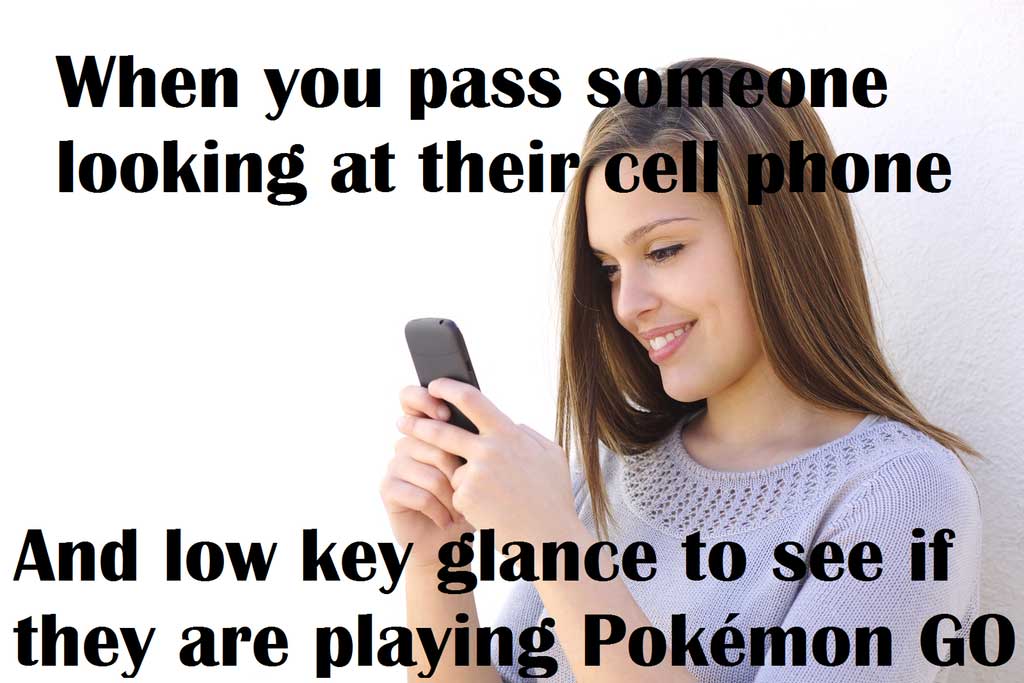 Stay out of my territory.

When someone controls a gym right by your house and you take it back: 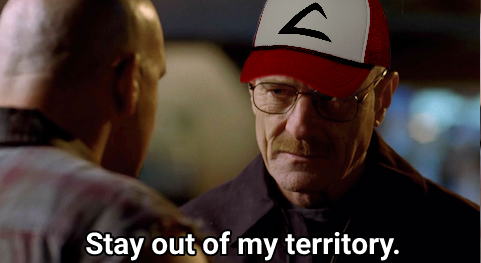 Where the f*ck is Mewtwo? 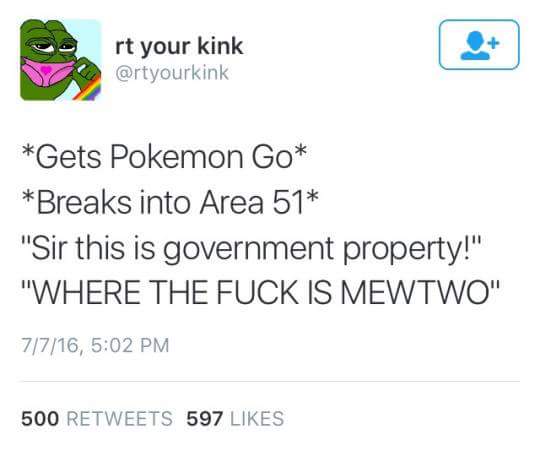