If the red heart emoji (❤️️) appears beside someone’s name on Snapchat, then it means that you have been best friends with that person for more than two weeks. 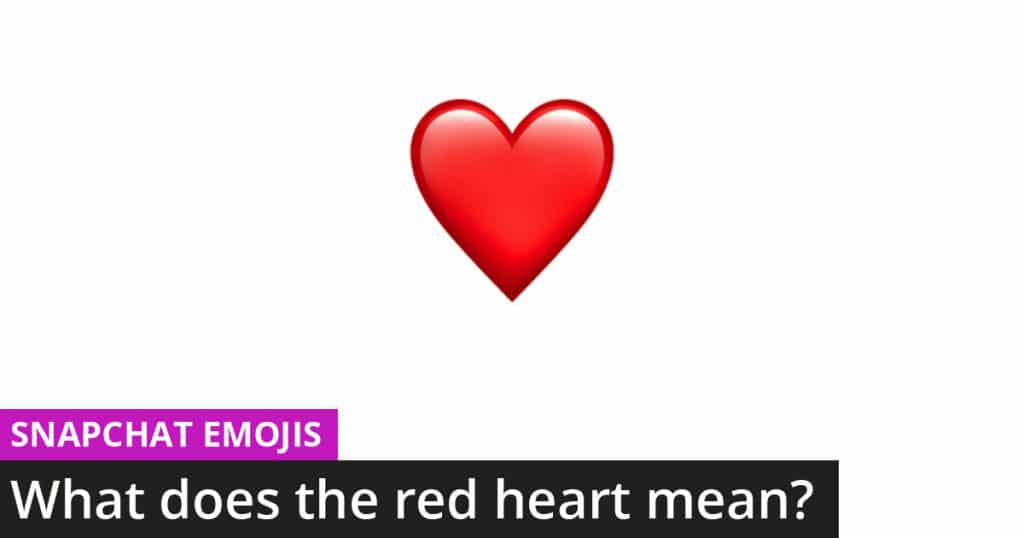 As you probably already know, Snapchat will place different emojis next to your friends’ names. These emojis all have their own different meanings. Furthermore, these emojis can expire and disappear, as they are all based on your recent activity.

When you become “best friends” with someone on Snapchat, the app will place a yellow heart emoji beside that person’s name.

If the two of you manage to remain best friends for two weeks straight, then the yellow heart will automatically turn into a red heart.

What does the red heart emoji mean?

Because of this, Snapchat has presumed that you are best friends.

This is a shared emoji. As a result, the other person will also see a red heart next to your name.

Did the yellow heart turn into the red heart?

Think about it: A red heart means more.

How can I remove it?

Although that might result in an awkward conversation about why you removed them.

If you have time to spare, then you can simply avoid replying to their snaps until the emoji eventually disappears.

Another option is to send a lot of snaps to someone else until that person becomes your new “best friend” on the app.

Why did the red heart emoji disappear?

The red heart will disappear if either of you starts snapping another person more than the other.

This can also happen pretty easily if either of you stops using Snapchat for a few days. For the red heart to remain, you must consistently send the most snaps to each other.

Emojis like this are all based on recent activity. As a result, they will not last if either of you “take your foot off the pedal.”

Why did it go back to a yellow heart?

This could be a temporary cache issue. That, or one of you became best friends with someone else for a small period of time.

Now, you’re both back on the yellow heart.

I know it’s heartbreaking, but you can earn it back.