This is a guide on how to solve the lion, maiden, and unicorn statue puzzles in the remake version of Resident Evil 2.

To unlock the secret underground passage, you will need to add three medallions to the Goddess Statue in the Main Hall. To get these medallions, you will have to unlock the lion, maiden and unicorn statues by solving their symbol puzzles.

In the Watchman’s Room on the east wing of the first floor, you will find the following notebook. This notebook belonged to Officer Elliot Edward, who you were unable to save during the shutters scene. This notebook contains the correct symbol combination for each statue. 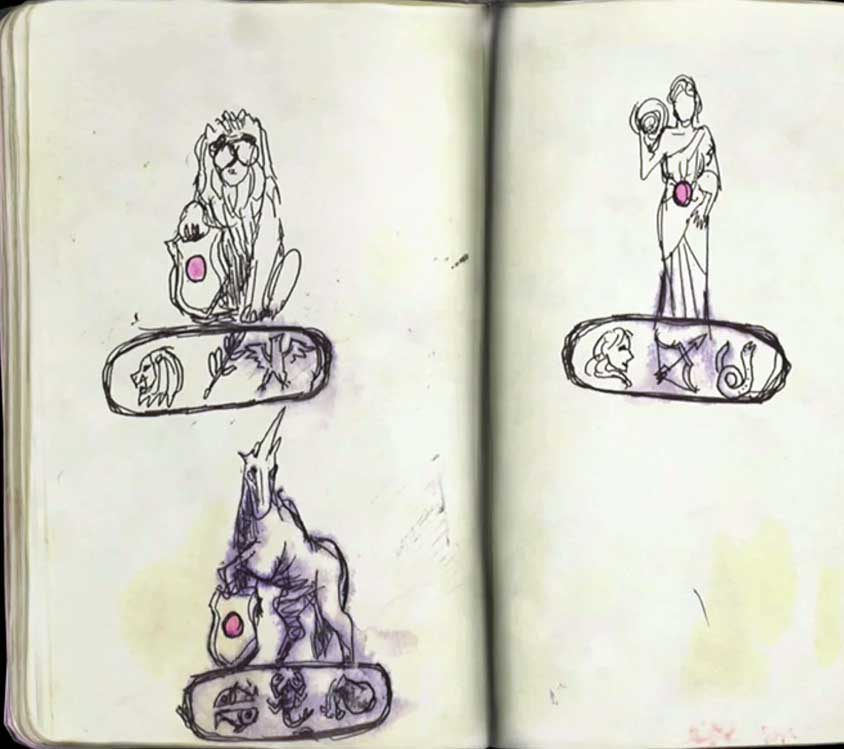 The officer’s notebook in Resident Evil 2.

The lion statue is situated on the second floor of the Main Hall inside the Raccoon Police Department. To find it, simply walk up one of the stairways beside the large Goddess Statue at the back of the hall. 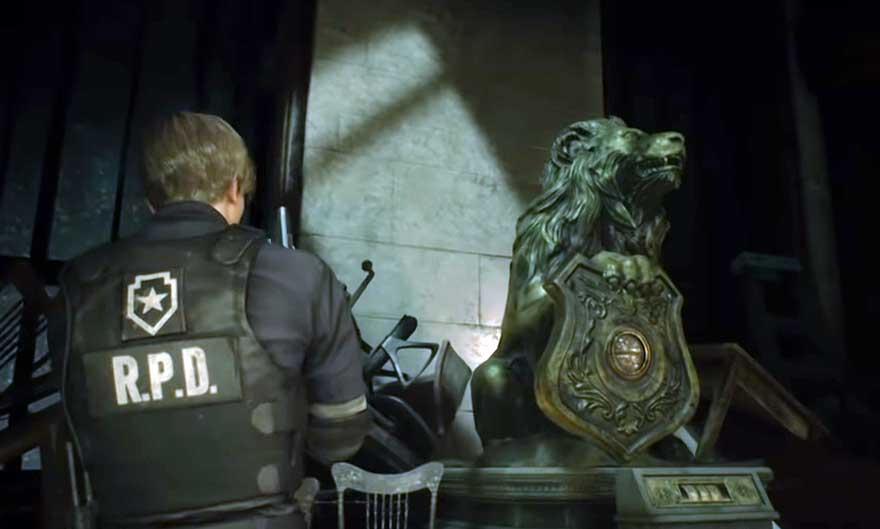 The lion statue in the remake version of Resident Evil 2.

To unlock the shield, you will need to enter the correct combination of symbols. The correct symbols are as follows:

Here is a screenshot showing you the correct symbols: 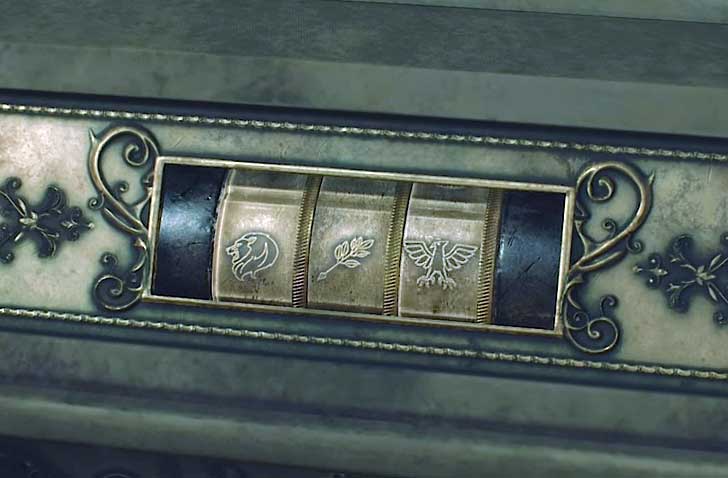 You can solve the lion statue puzzle by selecting the lion, the leaf and the phoenix bird.

Once you have selected the correct sequence of symbols, the shield will open and you will be given the lion medallion: 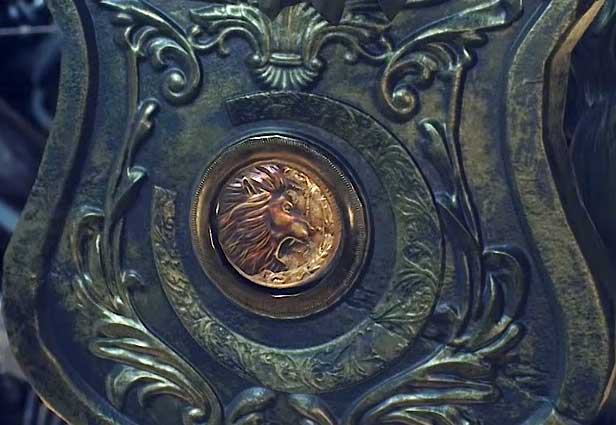 You can then immediately walk back down the stairs and add this medallion to one of the slots on the goddess statue.

The Unicorn Statue can be found in the Lounge area of the Library, which is on the second floor of the west wing of the police department. The Lounge links the Library to the corridor where the S.T.A.R.S Office is. 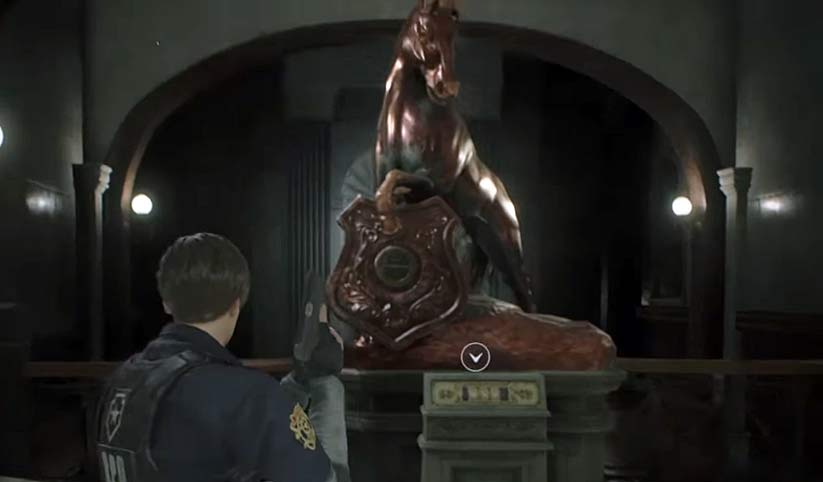 The Unicorn Statue on the 2nd floor of the police station.

To solve the Unicorn Statue puzzle, you must select the following combination:

A screenshot showing the three symbols: 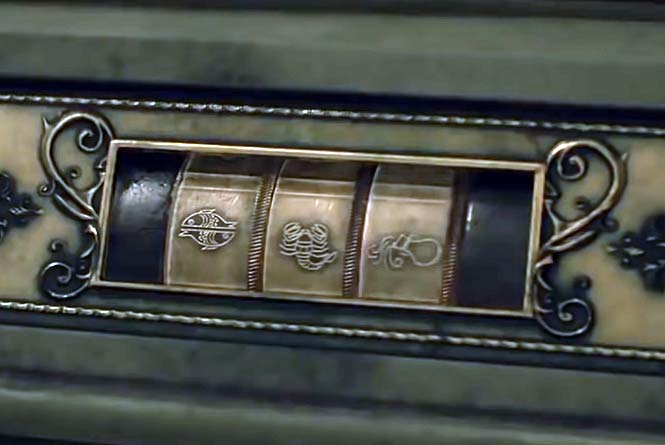 Once you have selected the three symbols above, the shield on the Unicorn Statue will open and you will be given a Unicorn Medallion: 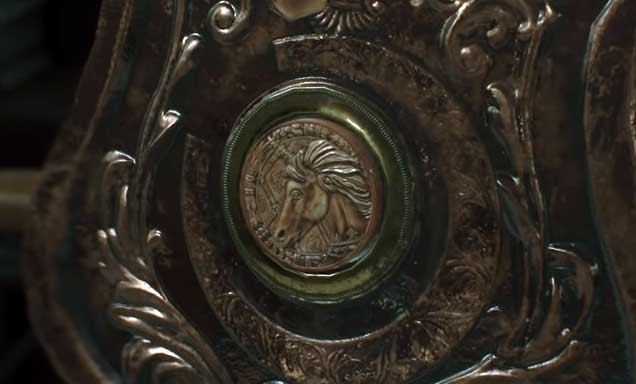 Once you’ve obtained the medallion, I suggest that you immediately return to the Main Hall and add it to the Goddess Statue.

The Maiden Statue is situated on the third floor of the Raccoon Police Station. It is blocked behind steel bars at the end of the West Storage Room. As a result, you must first find the C4 Detonator and its battery, as you will need to blow open the gates that have C4 attached to them.

The C4 Detonator is in the room just south of the Operations Room, which is on the first floor of the west wing of the police station. The battery that is needed for the detonator can be found in the S.T.A.R.S Office on the second floor. 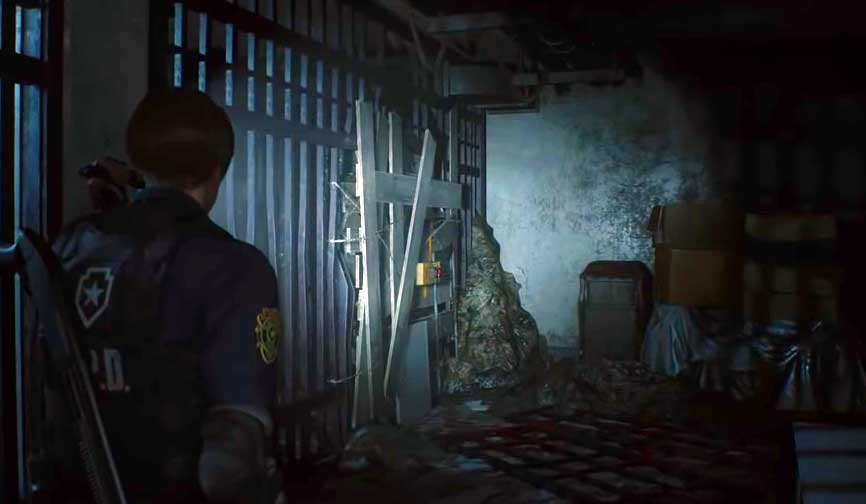 The barricade in the West Storage Room. You will need to blow it open with C4 before you can reach the Maiden Statue.

Once you have blown open the barricade, you will be able to access the Maiden Statue: 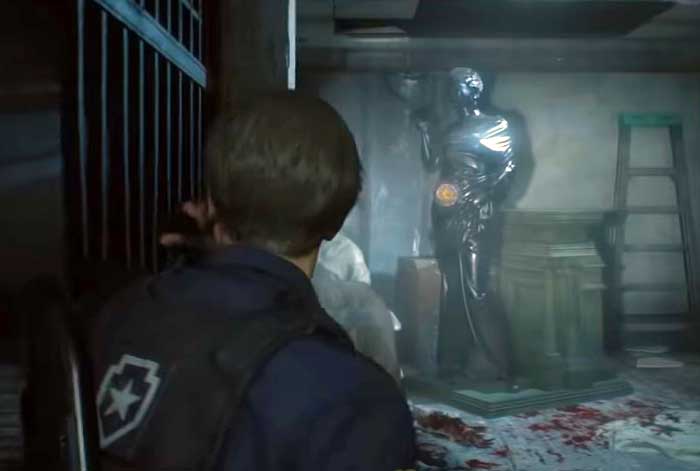 The Maiden Statue in Resident Evil 2.

The Maiden Statue puzzle is a little more difficult to solve, as some of the symbols have been scratched our or worn away. As a result, you will have to select the symbols based on what you can see.

The symbols that you need to select are as follows:

A screenshot of the correct symbols, which are barely visible: 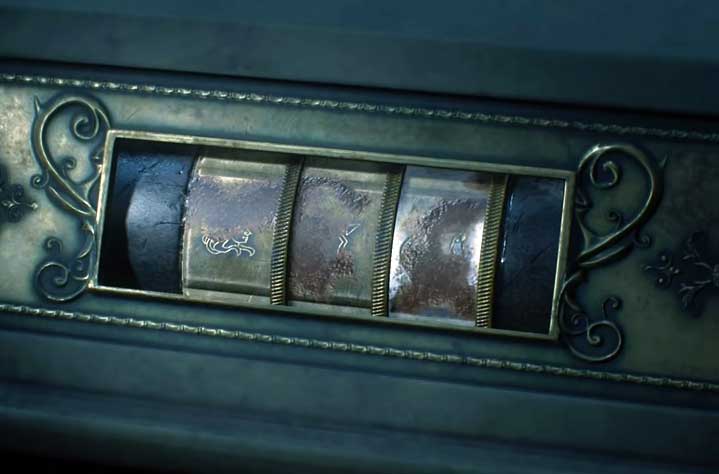 The symbols that you need to select in order to get the Maiden Medallion.

Once you’ve selected the above symbols, the statue will unlock and you will be given the Maiden Medallion: 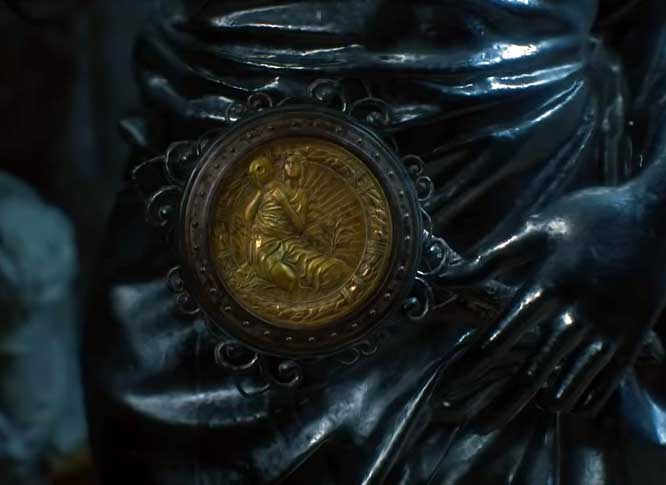 That’s it! Once you’ve found the three medallions, you can add them to the Goddess Statue and the secret passageway that leads to the underground will be opened.