The other day, I found a “well-worn key” in the remake version of Resident Evil 2. Unfortunately, it took me a while to figure out how to use it. As a result, I wasted 15 minutes running around the Racoon Police Department parking lot trying to unlock cars.

Where can I find this key?

This broken key can be found inside a yellow box in the Firing Range, which is in the basement of the Racoon Police Department. To open the box, simply find it in your inventory and use the Examine option. 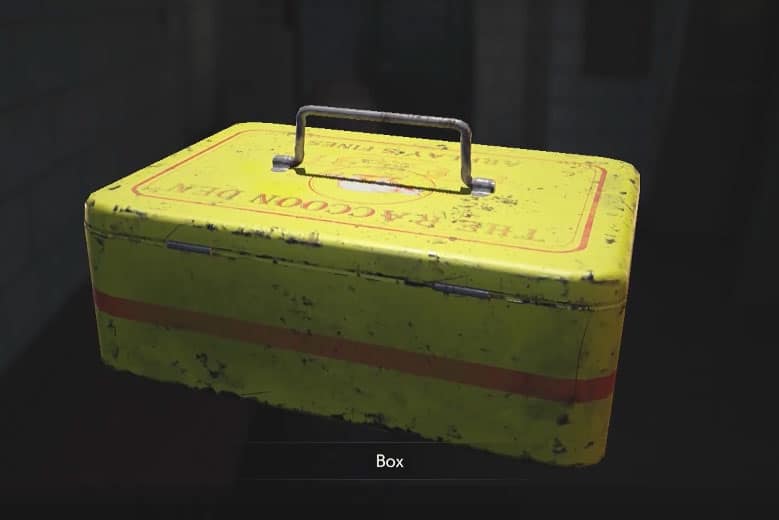 The yellow box, which you can find on a table inside the Firing Range.

Once you open the box, you will find the bent key: 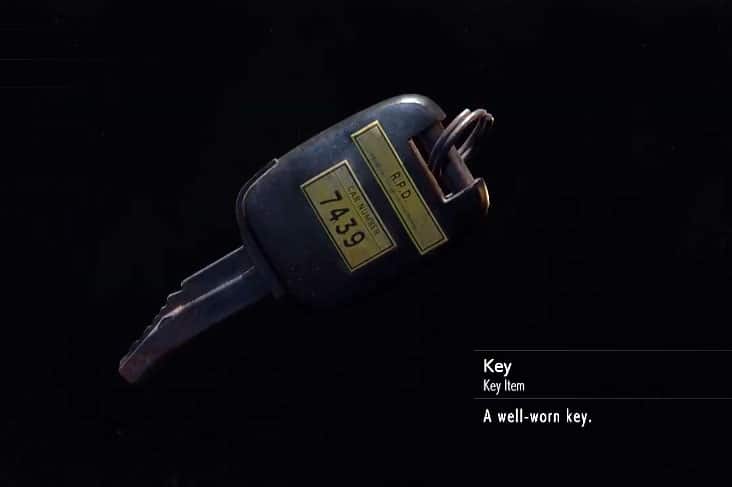 A screenshot of the “well-worn key”.

On the table beside the yellow box, you will find an “Equipment Disposal Notice” memo, which reads:

Item to be Disposed. Key to Patrol Car 7439. Details: Bent key, no longer usable, but can still open the car’s doors and trunk with its keyless entry buttons.

Unfortunately, it seems as though I read this memo and completely forgot about it at the time.

How do I use the bent key?

Go to the basement car park where you previously met Ada and open your inventory. Select the bent key, Examine it and then rotate it so that you can see the keyless entry buttons. 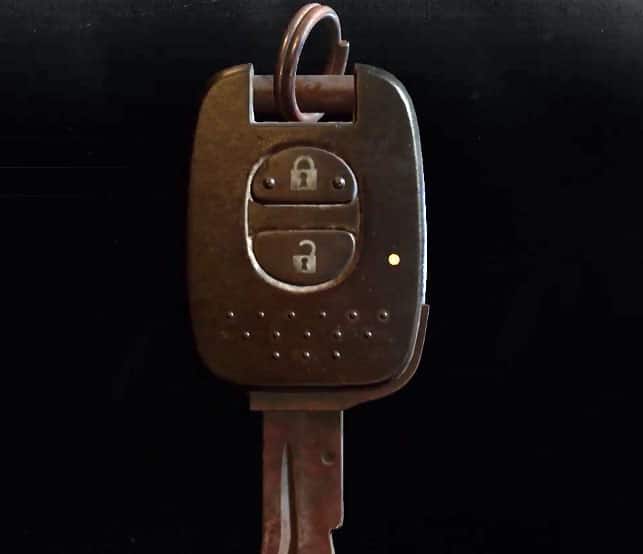 The key after being rotated.

You will then be prompted to press the open button. Once you press this key, you will hear the sound of a car being unlocked. This car is situated in the south-east of the car park and it’s rear lights will be blinking: 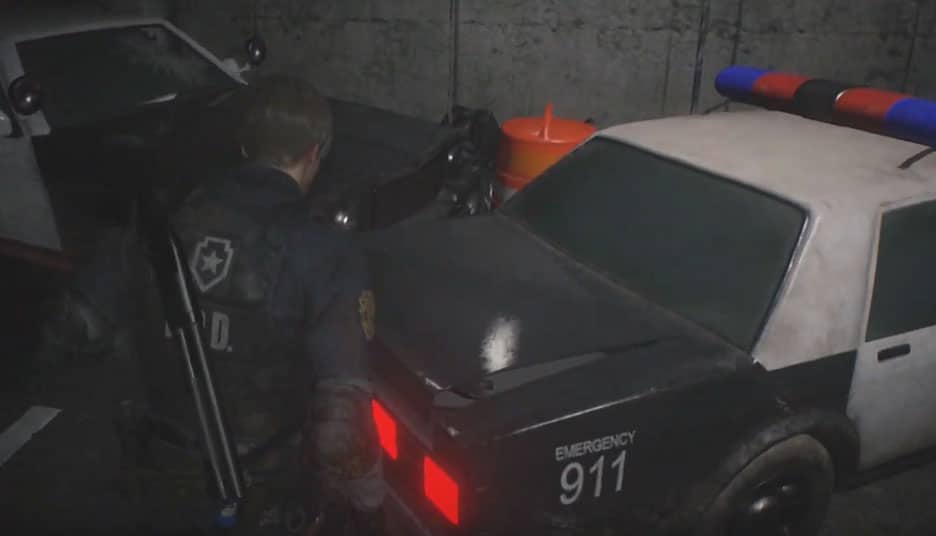 The police car after being opened.

You can now open the boot of the car and find a Gun Stock (Matilda).