If a person says, “you are sleeping on X”, then it means that they believe everyone is overlooking or ignoring whatever X is.

In other words, if someone is sleeping on something, then it means that they are failing to appreciate it.

This is a slang phrase that has become increasingly popular since 2017.

For example, imagine that your friends are sitting around in a group discussing their favorite gangster movies. Everyone is listing classics such as Casino and Goodfellas. Someone even says Donnie Brasco.

However, for some bizarre reason, nobody mentions The Godfather.

In this case, you might accuse your friends of “sleeping on” The Godfather.

In the tweet above, Meek Mill is basically saying that people ignored him and overlooked him while he was on his path to stardom. 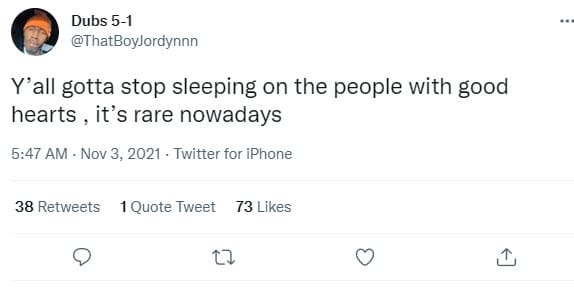 In this example, the Twitter user in question is advising everyone to stop “sleeping on” people who have good hearts. In his opinion, people with good hearts are rare nowadays.

Note that this slang phrase doesn’t have to be about a deep or serious topic. People will casually use this phrase when talking about things such as food, football, video games, or even which department store they like best.

When did the slang phrase “sleeping on” become popular?

According to Google Trends, Internet users were searching for the meaning of this phrase as far back as 2005. 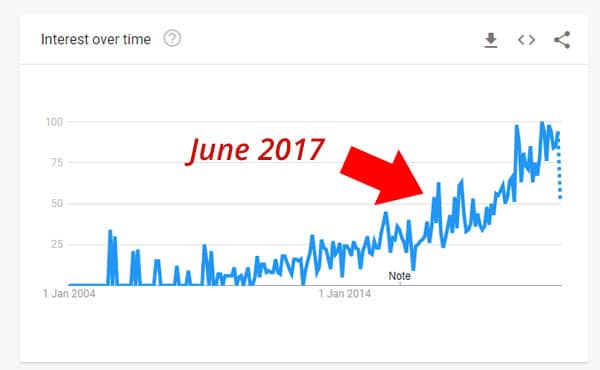 A Google Trends graph showing the phrase’s popularity over time.

However, it wasn’t until mid-2017 that the phrase “took off” in popularity and started to become a part of mainstream Internet slang.

2017 was also the year that the phrase first appeared on Urban Dictionary.

Although it didn’t reach mainstream popularity until 2017, we know that it has been in use for well over 15 years. For example, here is a screenshot of a tweet from August of 2008. 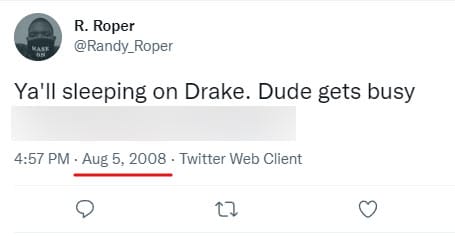 You might scoff at the idea of someone accusing people of “sleeping on” Drake when he is one of the most successful rappers of all time.

In other words, his mainstream breakthrough came two years after Randy Roper posted this tweet.