When the next US presidential election takes place on November 5, 2024, incumbent president Joe Biden will be 81 years old. He will also be just 15 days away from turning 82.

Meanwhile, his predicted challenger, Donald J. Trump, will be 77. 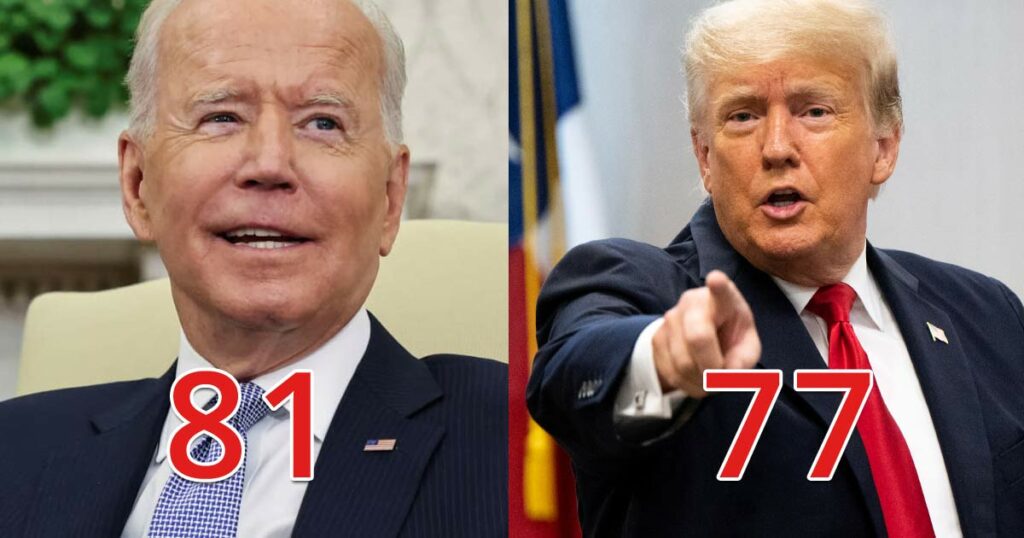 If a healthy male reaches the age of 60 in the United States, his life expectancy is 75.6.

This means that if these two men do happen to contest the 2024 election, then it will be the first year in history where both candidates are above the national average life expectancy.

Odds of dying before the next election.

Using an interim life table, we calculated the odds of each candidate dying before 2024.

Their ages after leaving office in 2029.

If Biden wins the next election and manages to complete his second term, he will be 86 years old by the time he leaves office in January of 2029.

If we look at the odds, Biden has a 50% chance of living to that age.

On the other hand, if Trump retakes the White House and finishes a second term, he will be 82 in 2029. Judging by the interim life table, Trump has a 66% chance of living that long.

Despite the health concerns, older presidential candidates have an advantage.

Over the past couple of years, there has been plenty of discussion about the age of US presidential candidates.

More specifically, there have been worries that old age may negatively impact the abilities of a serving president.

For example, the impact of a stressful campaign on an older politician became a major topic of conversation in 2019 after Democratic Party challenger Bernie Sanders suffered a heart attack.

There is no doubt that elderly politicians find it easier to get into a position of power in the United States than other age groups.

This is because most of them have had lengthy political careers. In other words, they have been in the limelight for decades and are highly recognizable to voters.

Many voters also associate aging with characteristics such as wisdom and experience.

Joe Biden is the oldest US president in history.

When Biden took office in 2020, he was 78 years old. This makes him the oldest US president in history by a sizable margin.

Before that, Donald Trump was the oldest president to take office. At the time of his inauguration in January of 2017, Trump was 70 years old.

This means that the last two presidents to take office were both in their seventies. Furthermore, they were the only two presidents in history to do so.

Before that, the only presidents to be inaugurated after the age of 70 were Reagan and Eisenhower, and that was for their second terms.