A “pick me girl” is a woman who will insult her own gender for the sake of male approval.

This is the kind of girl who thinks that making disparaging remarks about “other females” makes her seem more unique and attractive.

It is her way of saying, “Hey, look at me! I’m not like those other girls. I am very unique.” 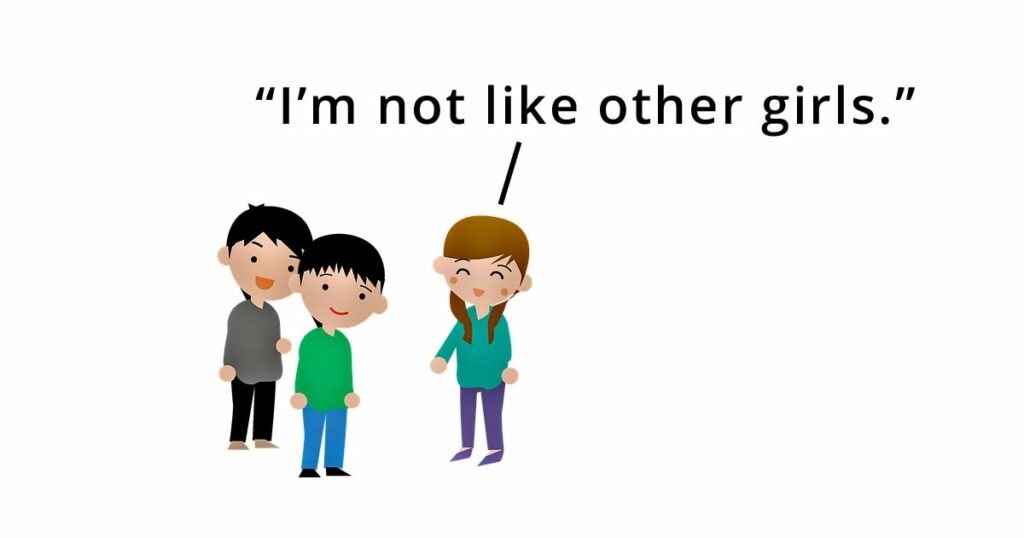 For example, she might repeat negative stereotypes about women. Or she might even agree with a sexist joke or statement.

She will do all of this because she is desperate for male acceptance.

In many cases, the “pick me girl” will say and do certain things for the sole purpose of appearing different.

For instance, she might bash something that women like to do and then point out that she prefers a male-dominated hobby instead.

“Other girls love watching reality TV, but I think it’s brainless. I would much rather play video games instead.”

The fact that she does not like reality TV is not the issue. In fact, many people would probably agree with her. The issue here is that she is bringing other women down in an attempt to make herself seem more distinctive and counter-cultural.

For example, there is a pretty big difference between the following two sentences.

The first statement is simply stating a preference. However, the second one is insinuating that you are somehow better or more remarkable than other women because you like science fiction movies.

Examples of “pick me girl” behavior.

Here are a few examples of “pick me” behavior.

An example from Twitter. This one is called “siding with the boys”.

After this woman tweeted that boys are funnier than girls, a number of women sarcastically asked her “Did he pick you yet?”

“I only hang out with guys.”

Not only is this user shamelessly “sucking up” to men, she is also putting other women down by insinuating that they are “too much drama”.

As you can see, “pick me girls” have an overwhelming urge to point out how different they are than “regular females”. 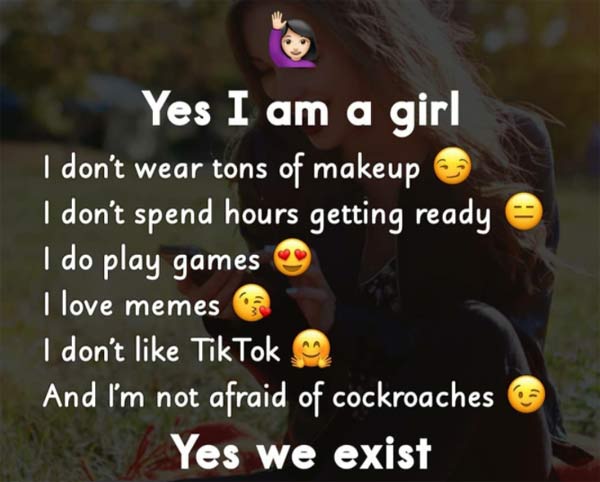 They are almost obsessed with the idea of appearing “quirky”. 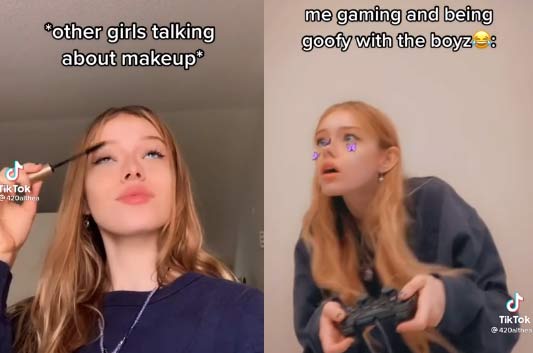 “Other girls talking about makeup. Me gaming and being goofy with the boys.”

The screenshots above are from a parody video on TikTok. 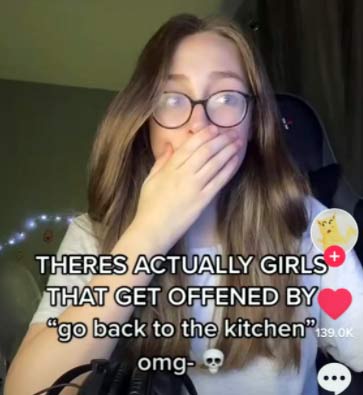 Another screenshot from TikTok.

Some are so desperate for acceptance from their male peers that they are willing to accept and downplay casual sexism.

When did the phrase become popular?

According to Google Trends, the phrase “pick me girl” started to become popular in 2020. 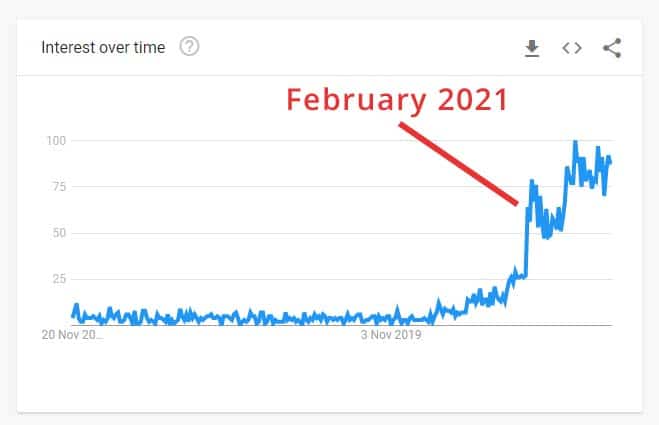 A chart from Google Trends.

Specifically, it was second week of February of 2021 when the term exploded in popularity and people started to search for the phrase.