This is a guide on how to tell if someone on Snapchat has blocked you.

A couple of years ago, we wrote an article on how to tell if someone deleted you off Snapchat. Writing that article was much easier, as we could give a definite answer to our readers.

However, when it comes to figuring out if someone has blocked you or not, there is one major caveat that you need to understand: People can deactivate or delete their Snapchat accounts. They can also change their usernames.

As a result, figuring all of this out can be a bit tricky.

The person has disappeared from your Friend screen.

If the person’s name and chat history have disappeared from your Snapchat Friend screen, then it can only mean one of three things.

To confirm that they can no longer be found on your Snapchat, you will need to search for their Snapchat username. If their profile has mysteriously disappeared, then Snapchat will return a blank “No results” page. 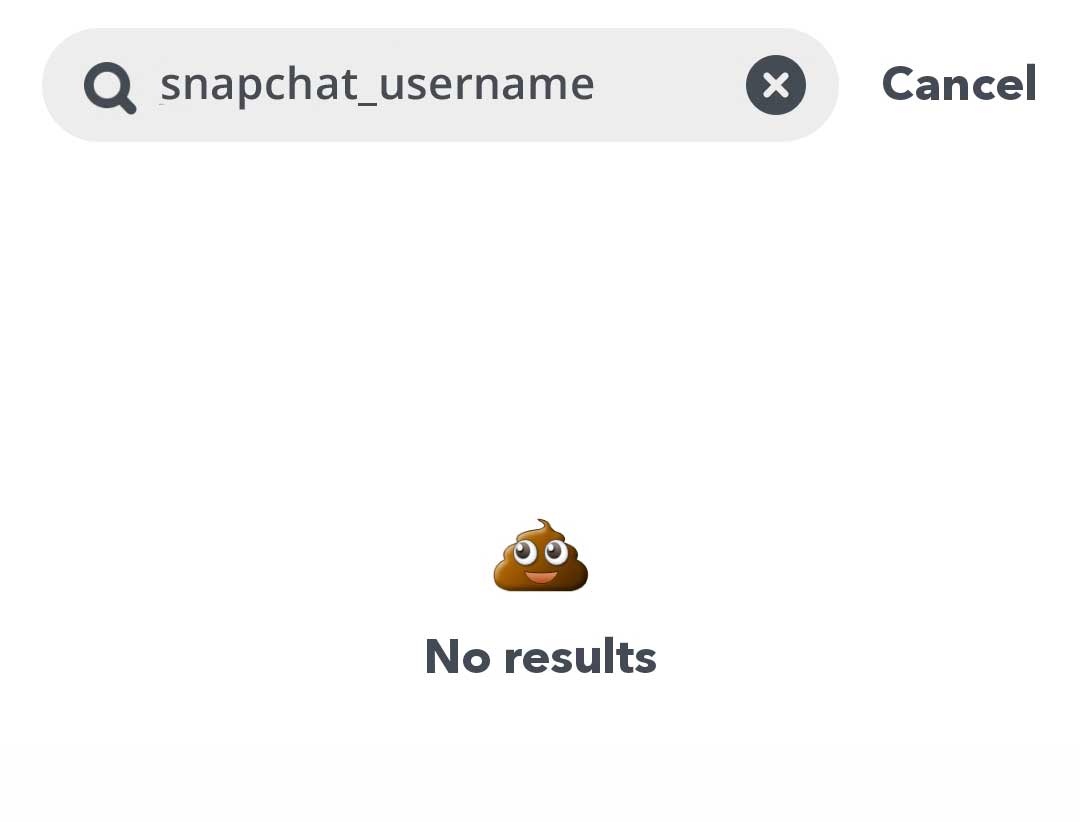 A screenshot showing “No results” and a poop icon.

In 2022, Snapchat introduced an update that allows users to change their usernames.

Because of this, you will also need to search for their first name and display name.

How can I tell if they blocked me or deleted their Snapchat account?

The only sure-fire way to tell is to get one of your friends to check.

If your friend can search for the person’s username and find them, but you can’t, then I’m sorry to say this, but you have been blocked.

I am sorry to have to be the one to break the bad news to you.

However, if your friend is also unable to find their profile, then the most reasonable explanation is that they have deactivated their account. The only exception to this rule is if the person in question was cunning enough to preemptively block your friend as well.

This isn’t as unlikely as you might think either. For instance, one woman I know reacted to a bad break-up by blocking her ex-boyfriend and his entire friend group. She even blocked his sister.

And she didn’t just do it on Snapchat. She did it on Facebook and Instagram as well.

If there is a possibility that this person has “nuked” you and your entire friend group, then you will need to get somebody outside of your social circle to check. Preferably, somebody who the person in question doesn’t even know.

Why did they block me?

Sometimes, the reasons aren’t that obvious.

For example, a guy I know blocked every woman that he had been romantically linked to in the past. He did this because his girlfriend discovered that he was still friends with girls that he had previously matched with on Tinder.

She found out, started a huge argument about it, and in the end, he caved and blocked them all.

All I can say is this: If it’s not immediately obvious to you why they blocked you on Snapchat, then try not to get too hung up about it.

It’s probably for a silly reason that is outside of your control.

If they deactivated their Snapchat account instead of blocking you, it’s probably for one of the following reasons:

Who knows? Your guess is as good as mine.

If you have questions to ask or further comments to add, feel free to post them below.