In March of 2022, TikTok users started using the “Butterfly in the Sky” trend to express their confusion about certain topics.

The meme consists of people superimposing their bewildered faces over video footage of space. Mathematical equations also appear in the background for added effect.

The point of this trend is to highlight topics or issues that you find confusing. You can also use it to mock ridiculous statements or questions that you’ve heard. 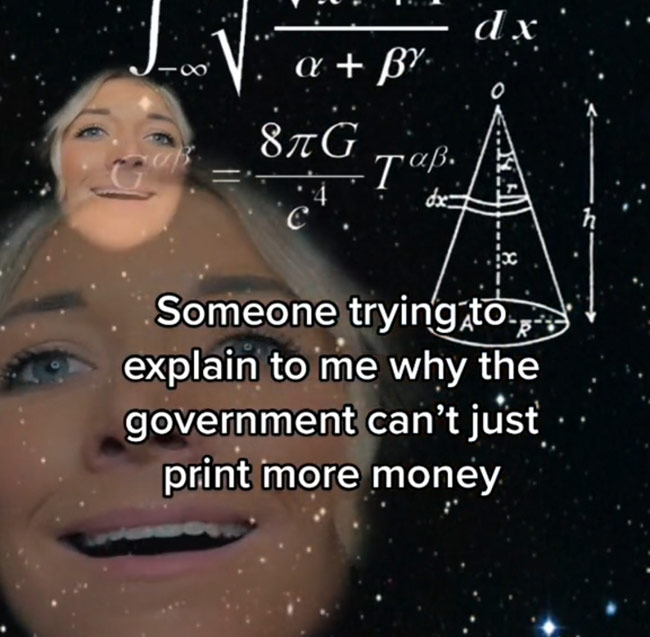 “Someone trying to explain to me why the government can’t just print more money.”

In the example above, russell_jessica24 is pointing out that she doesn’t quite grasp how printing too much money can cause inflation and lead to higher prices.

Where is “Butterfly in the Sky” song from?

The sound is from the theme song of an American educational children’s TV series called Reading Rainbow, which originally aired between 1983 and 2006. The lyrics of the song are as follows.

“Butterfly in the sky, I can go twice as high. Take a look, it’s in a book. Reading rainbow.”

You can find a video of the theme song on Youtube. Judging by the footage in the linked video, this song is from the original intro that started airing during the eighties.

Examples of people using this trend.

Many TikTok users are utilizing this trend to make self-deprecating jokes about themselves. 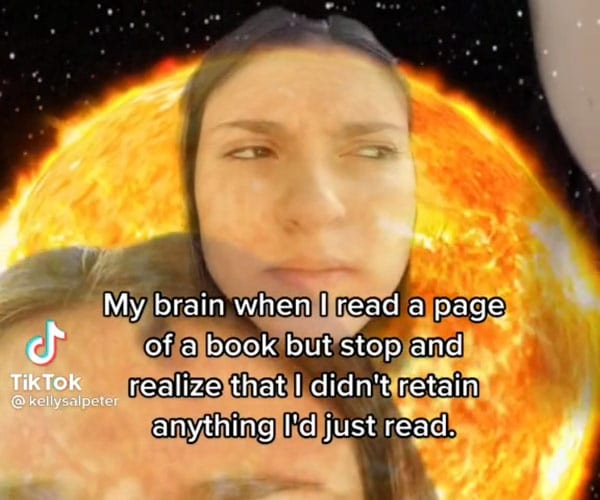 “My brain when I read a page of a book but stop and realize that I didn’t retain anything I just read.”

Others are using it to poke fun at certain things that people say. 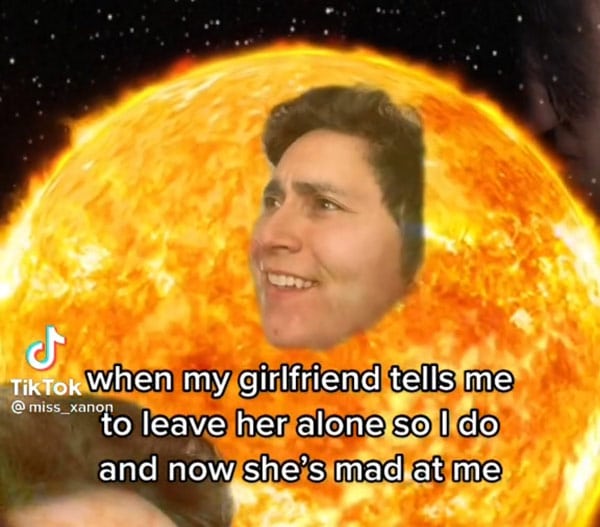 “When my girlfriend tells me to leave her alone, so I do. And now she’s mad at me.”

As you can see, any statement or topic that causes confusion will fit with this “meme”.

For example, audreyrivet isn’t sure how men “find the audacity”. 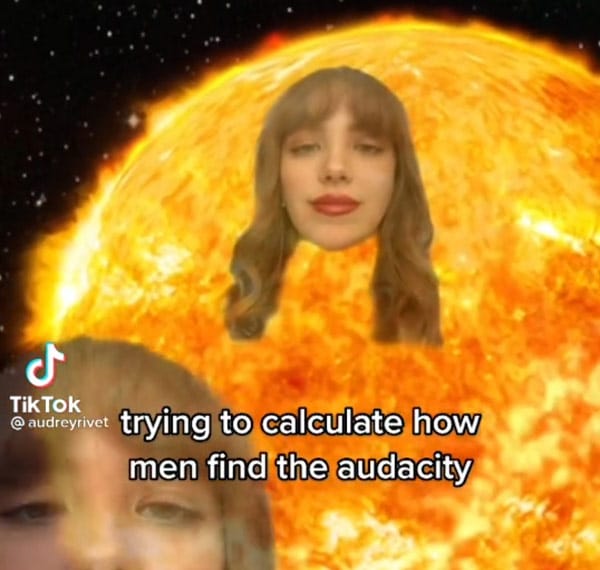 “Trying to calculate how men find the audacity.”

In other words, she doesn’t understand how certain men can be so overconfident and bold even when it seems as if they don’t have much going for them in life.