If you’re a regular TikTok user, then you might have noticed that the phrase “goofy ahh” has become noticeably popular over the past couple of months.

In Internet slang, the phrase “goofy ahh” is just another way of saying “goofy ass”.

In this case, people are writing “ahh” instead of “ass” because that’s how the word sounds in certain parts of the United States. Particularly in urban communities where African-American Vernacular English is common.

Typically speaking, the phrase “goofy ass” means that something is lame, stupid or silly. It is something that shouldn’t be taken seriously.

For instance, if your friend gets a bad haircut, then you might mock him by calling it a “goofy ass haircut”.

Although the phrase typically has negative connotations, TikTok users have started to use it “ironically”. In other words, many of them have started to spam it and overuse it for comedic effect.

In a lot of cases, they will purposely use it in contexts that are absurd.

For example, on one video about a storm, one commenter wrote “goofy ahh weather 💀”.

The idea that a month can be “stupid” or “silly” is an example of surreal humor.

Part of this “trend” also involves posting a skull emoji at the end of the sentence.

The skull basically means that the commenter “died from laughter”.

This kind of sarcastic and absurdist humor is extremely popular among the Gen-Z population of TikTok. Therefore, you should never assume that they are being serious. 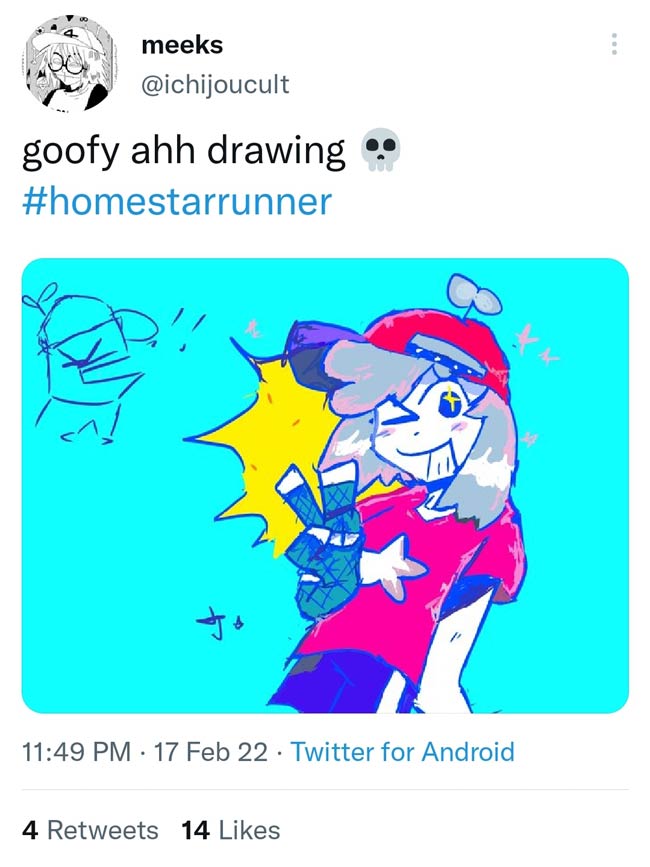 A screenshot from Twitter. This is basically the same thing as posting “This is a silly drawing that I made.”

As you can see, people will sometimes use “goofy ahh” in a self-deprecating fashion.

If you’re still feeling confused by all of this, try and take solace in the fact that you are not alone. In many cases, the people who are spamming this phrase don’t even know what it means.

They’re just hopping on the latest “meme” for the sake of it.