On social media, people will use the skull emoji if they think that something is extremely funny.

This is because the skull emoji represents the slang phrase, “I’m dead!”

In other words, “That was so funny that I almost died laughing.”

In a way, the skull emoji is kind of like “lol” on steroids.

In this case, the person is laughing at how someone fell over. Basically, they found it extremely funny.

Take a look at the following example from TikTok:

It is not uncommon for people to use multiple skull emojis.

In this case, froz3n_beast finds it extremely funny that a girl received so much public backlash for something she did that she deleted her TikTok account.

This example is a little more straight-forward, as the comment is also accompanied by laughing emojis and the phrase “I can’t breathe”.

In case you didn’t already know, the slang phrase “I can’t breathe” is another popular way of indicating laughter.

In plain English, it means: “I am laughing so much that I can’t breathe.”

Above, we said that the skull emoji is kind of like “lol” on steroids.

Well, that’s how it originally began.

However, as time went on, it became more and more popular, to the point that people began to overuse it for everything. These days, many people will use it for anything that they find funny.

Even if it’s only slightly humorous. 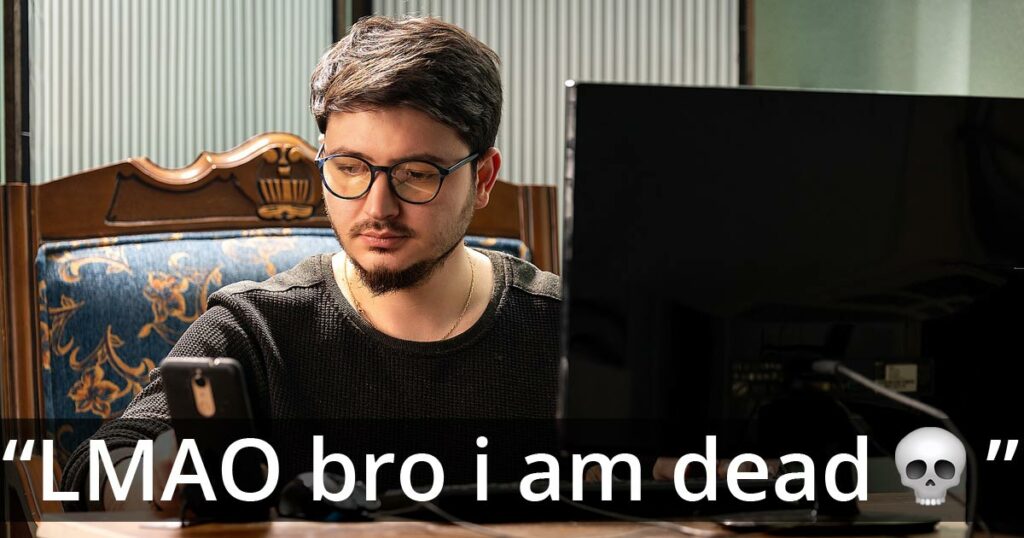 Most people will have a straight face while they’re typing it.

In other words, the skull emoji has basically become the new 😂 or “lol”.

People will use it for almost anything.