Ted Bundy was not innocent. He was as guilty as they come.

As crazy as it sounds, there are people out there who actually believe that Bundy wasn’t a serial killer. In their opinion, he was just a misunderstood man who was unfairly treated by the justice system. 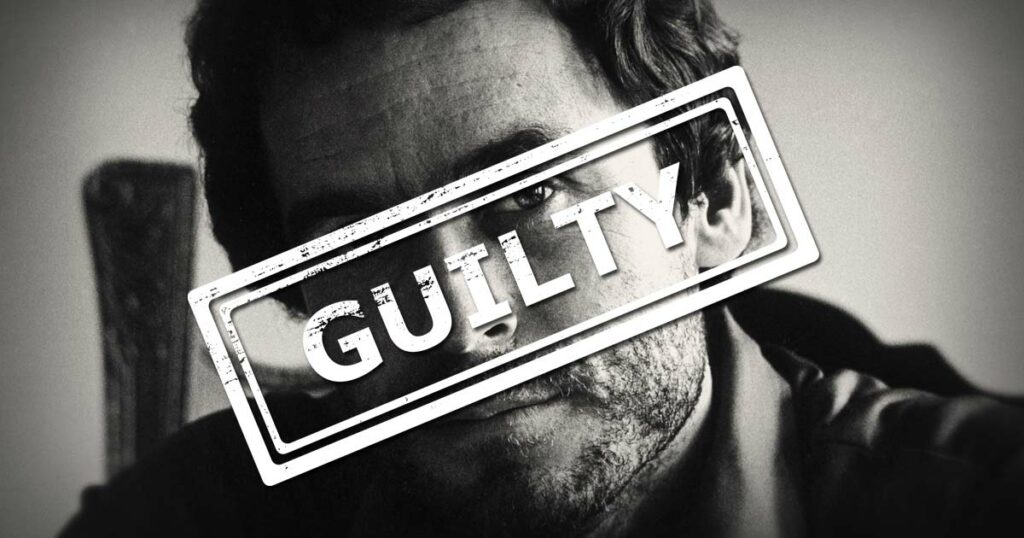 However, anyone who has studied Bundy’s case in detail will know that this “theory” is absurd.

No, he was not innocent. In the final days before his execution in 1989, Ted Bundy started to confess to his crimes.

Furthermore, this wasn’t just another Henry Lee Lucas fiasco. In Bundy’s case, he provided investigators with exact details that only the killer would have known.

Proponents of this “innocent theory” will often narrow in on the dental comparison that was used in his Florida trial.

The argument above does not carry any real weight. To accept it, one has to completely ignore Bundy’s death row confessions, his conviction for the murder of Kimberly Leach and all of the facts that we have learned about his crime spree in the Pacific Northwest.

Let’s take a look at a few examples.

While describing the abduction of Georgann Hawkins, he recalled how the 18-year-old regained consciousness during the car journey.

Disorientated and confused from her head injury, the young girl proceeded to incoherently talk about a Spanish test. She also seemed to believe that Bundy was her tutor.

This small detail is important. According to Georgann Hawkins’ friends, she spent the last few days of her life stressing out about an upcoming Spanish exam. 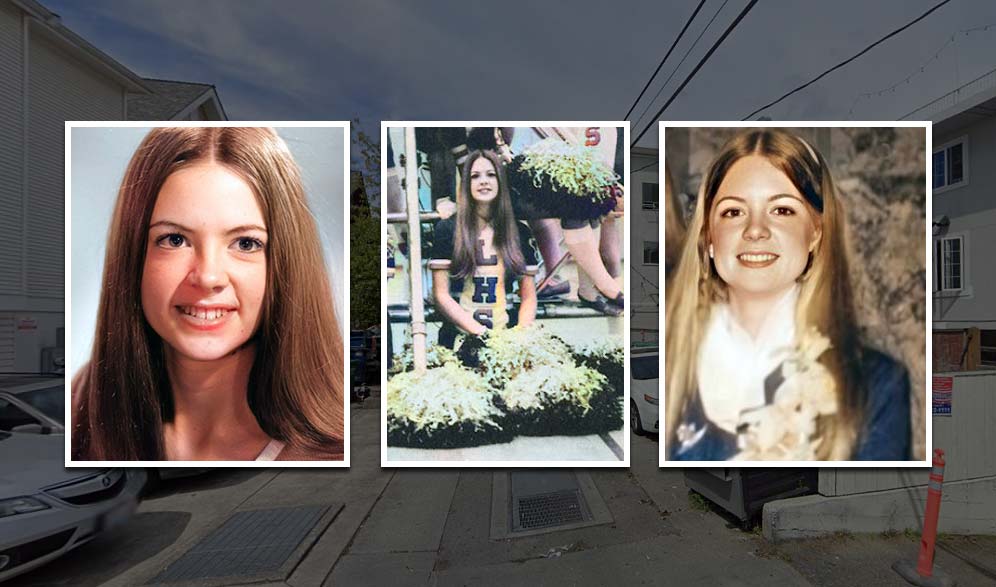 Georgann Hawkins regained consciousness shortly after Bundy hit her over the head with crowbar.

Bundy gave precise directions to the Issaquah site where grouse hunters stumbled across the remains of two of his victims. He was also able to describe what the area looked like.

Furthermore, he stated that he had dumped the remains of three victims at Issaquah, not two. Originally, the police believed that they had only discovered the skeletal remains of two women at the site. However, an additional femur bone was present.

Unfortunately, DNA testing did not exist at the time. As a result, they were unable to determine who the femur belonged to.

In November of 1974, 17-year-old Debra Kent went missing from her high school in Bountiful, Utah. Although the authorities suspected that Bundy kidnapped and murdered the young girl, they were unable to locate her remains.

Shortly before his execution in 1989, Bundy confessed to the crime. He also claimed that he buried her body in a remote area in Fairview Canyon. 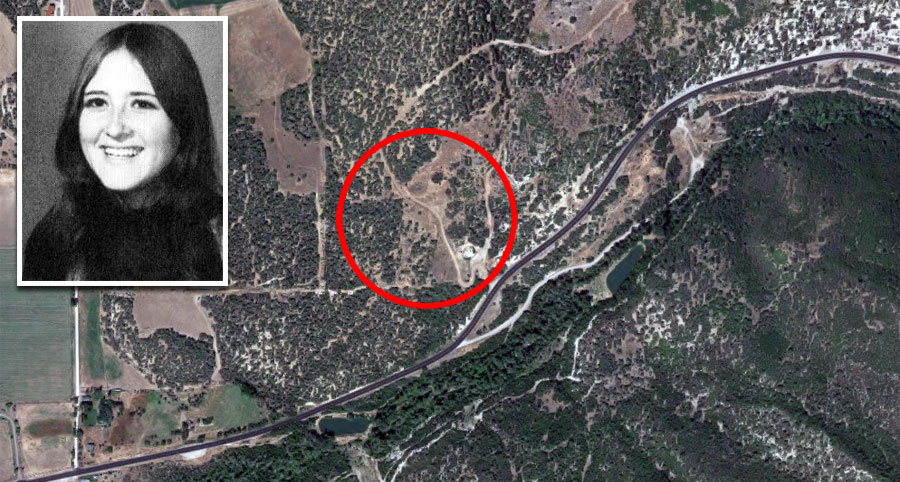 A subsequent search of the location led to the discovery of a human knee bone. More than 25 years later, a DNA test officially confirmed that the bone belonged to Kent.

This begs the question. If Bundy was innocent, then how was he able to give investigators directions to the remote dirt road where they discovered the patella bone of Debra Kent? 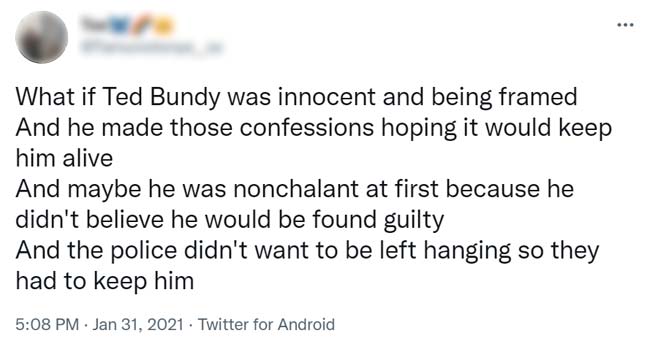 Some people have floated the possibility that he faked his confessions in order to save his own life. However, this theory completely ignores all of the information that he provided.

While he was recalling the murder of Nancy Wilcox, he told detectives that he abducted her from an orchard. At the time of her abduction, Nancy’s house was just 500 feet away from a small residential orchard.

On November 8th, 1974, Bundy attempted to abduct 17-year-old Carol DaRonch from a shopping mall in Murray. Fortunately, she fought him off and managed to escape.

Following a trial in 1976, Ted Bundy was found guilty of kidnapping and sentenced to 1-15 years in prison.

On the day that Caryn Campbell went missing in Aspen, Colorado, he purchased gas in a town that was only 40 miles away.

During a forensic examination of his Volkswagen, investigators discovered hairs that were microscopically similar to those of Caryn’s.

Shortly before his execution, he also confessed to the murder of Denise Lynn Oliverson in Grand Junction, Utah.

This confession is supported by credit card receipts, which show that he was in Grand Junction on the exact same day that the 24-year-old disappeared.

While describing the abduction and murder of 12-year-old Lynette Culver in Idaho, Bundy was able to provide facts about her family life that were not known to the media at the time.

For example, he knew that she lived with her grandmother and that her family had recently moved house. He also recalled how she was en route to meet someone when he picked her up in his Volkswagen Bug.

This proves that he was speaking to Lynette on the day of her disappearance.

Bundy claimed that he dumped four of his victims’ remains at a site on Taylor Mountain.

However, investigators were skeptical of this claim because they were only able to find skulls and jaw bones. They were of the opinion that Bundy had buried the rest of the remains elsewhere.

However, in 2008, DNA tests proved that Bundy was telling the truth. To make a long story short, the medical examiner at the time incorrectly concluded that a number of human leg bones at the site were animal in origin. 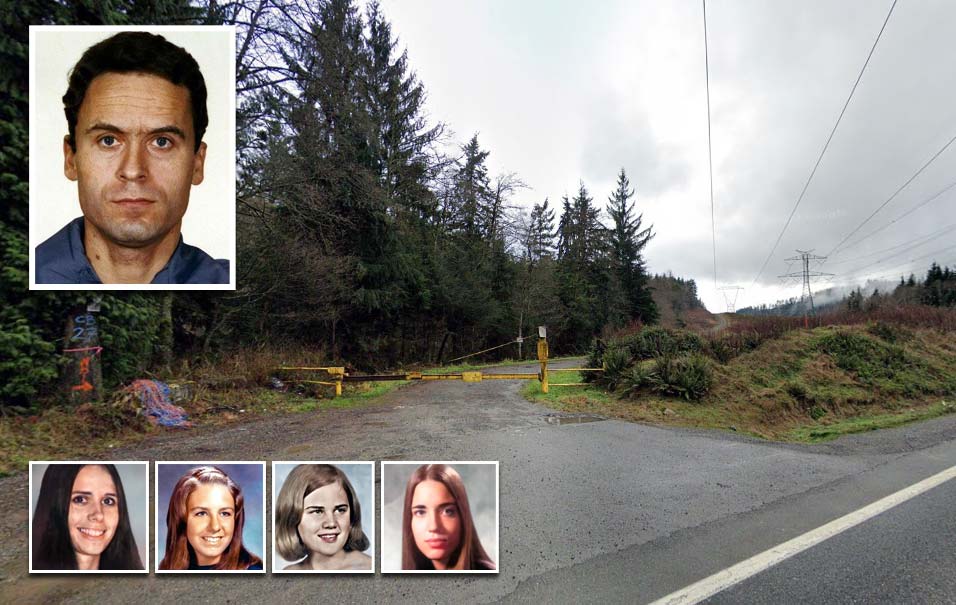 A search team discovered the remains of four victims in a wooded area on Taylor Mountain.

Ted Bundy’s first victim lived less than half a mile away from his rooming house in Seattle. It would have taken him roughly five minutes to walk the route.

Following his conviction for the Chi Omega homicides, Bundy was also found guilty of the murder of 12-year-old Kimberly Leach.

In that case, investigators discovered fibers from Bundy’s jacket on Kimberly Leach’s body. The prosecution team was also able to prove that Bundy was in the area at the time.

The facts prove that he wasn’t innocent.

The facts above clearly prove that Ted Bundy was far from innocent.

Although some of the evidence is circumstantial, it takes a special kind of denial to read through all of these details and still have any doubts about his guilt.

In the end, he admitted to his crimes and provided precise information about them.

Why do some people believe that Ted Bundy wasn’t guilty?

The amusing thing about this “theory” is that there are usually no facts to back it up. Instead, proponents of it will often point to some sort of gut feeling that they have.

All in all, it seems as though certain people want to believe that he wasn’t guilty.

There are a number of possible reasons for this.

Firstly, certain people will always fall for conspiracy theories, regardless of how incomprehensible or strange they might seem. They like to believe that they’ve discovered a hidden truth that everyone else is too blind or stupid to see.

This makes them feel unique and intelligent.

Secondly, Ted Bundy was a well-spoken sociopath who knew exactly what other people wanted to hear. When people watch or listen to Bundy’s interviews, they often fail to realize that he is putting on a show.

Bundy spent his entire life learning how to manipulate others. He was a natural actor. He spoke with care, like a politician who is trying to figure out their audience.

During interviews, he specifically modified his behavior to come across as personable, charming and sincere. Unfortunately, manipulative people are pretty good at fooling others. This includes viewers.

Last but not least, Bundy seemed quite normal on the surface. He had a girlfriend, he went to law school, he dressed nicely and he was even involved in politics. He didn’t look or act like the type of man who would brutally murder young women.

Accepting that he was a sexual predator can be difficult. This is because it opens up the possibility that other seemingly-normal men are also capable of committing such acts.

For some people, such a thought is just far too unsettling to entertain.