Rap star Eazy-E died from AIDS at the age of 30.

One month before his death, the former NWA frontman had checked himself into a hospital after he started experiencing breathing difficulties. 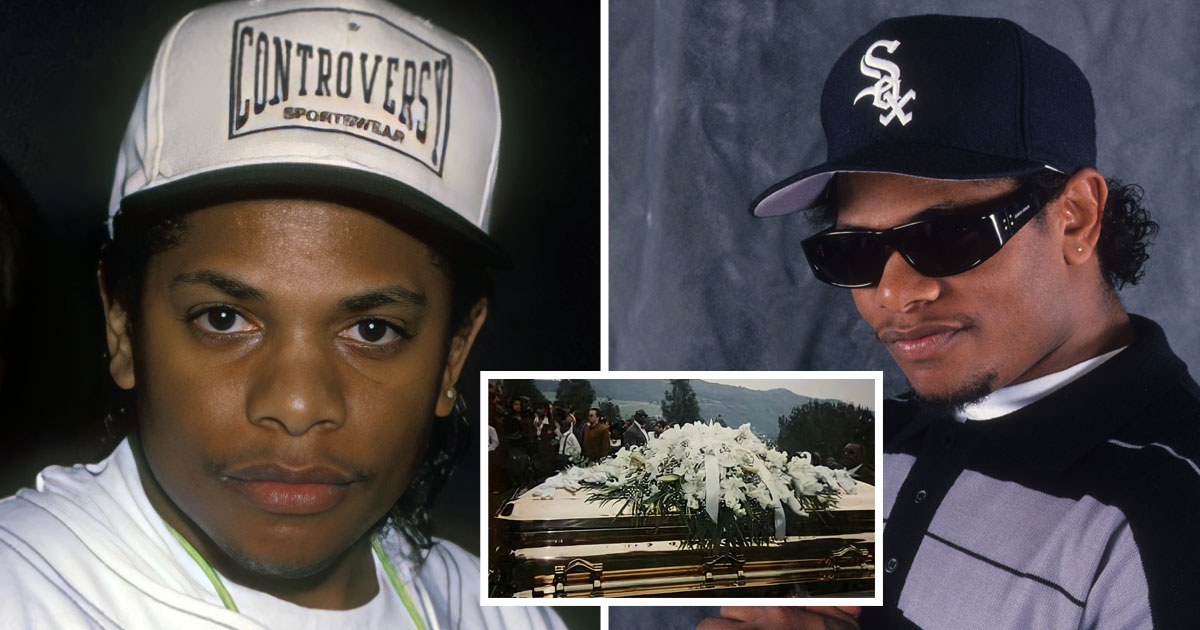 “How did Eazy-E die?” Eric Wright’s death from AIDS served as a wake-up call to many people.

At the beginning of 1995, people were starting to worry about Eazy-E’s health.

More specifically, they were concerned about the violent and long-lasting cough that he had developed.

Initially, many of his friends blamed it on his asthma and his heavy marijuana use. However, it wasn’t long before they started to realize that something else was afoot.

Not only did Eric have an intense and persistent cough, he was also starting to look extremely pale.

Furthermore, he no longer seemed like the vibrant and energetic man that they knew him as. 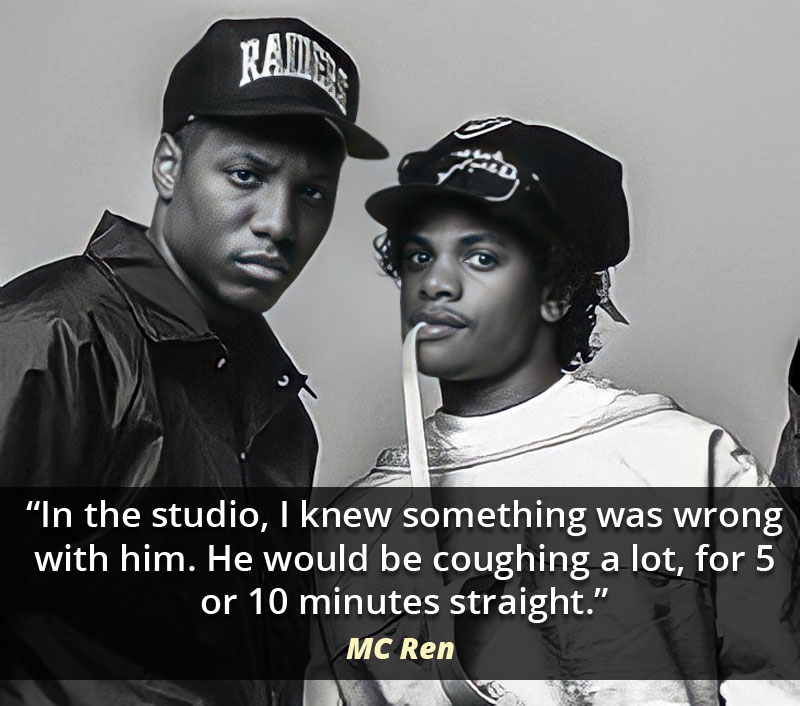 At one point, MC Ren told Eazy-E, “Man, you need to stop smoking that weed.”

After his cough worsened and he started to develop breathing problems, Wright’s friends and family convinced him to go to the Norwalk Community Hospital.

There, the doctors diagnosed him with bronchitis.

Although he was treated and discharged, his symptoms didn’t go away.

Instead, they seemed to get even worse.

The death of Eazy-E.

On February 24th, Wright decided to admit himself to the Cedars-Sinai Medical Center in Los Angeles.

By that stage, he was struggling to breathe properly.

Immediately, doctors began to treat the 30-year-old for a lung infection. They also ordered a round of tests to try and figure out what was causing it.

Not long after, the test results came back with an answer that would shock the world of Hip Hop.

To make matters even worse, the disease had gone unchecked and was now in its advanced stages.

Eric, who had gone into the hospital thinking that his asthma was flaring up, was now being told that he didn’t have much time to live.

This newspaper article was published in the Los Angeles Times two days after Eazy-E was hospitalized. At the time, the rapper’s AIDS diagnosis had not been made public.

The news of his impending death flattened him so much that he was unable to tell his girlfriend. Although he tried to speak to her over the phone, he reportedly kept breaking down and sobbing.

In the end, a doctor had to take the phone from the upset rapper and inform her about the situation.

As the weeks wore on, his health continued to deteriorate. In the days leading up to his death, he was mostly unconscious.

Those who visited him in the hospital remarked that it was a terrible sight. Their friend, who was once full of life, was now unable to communicate with them.

Wright, who was one of the pioneers of gangsta rap, had been killed by a silent and brutal virus that he and the rest of the Hip Hop world had largely ignored. 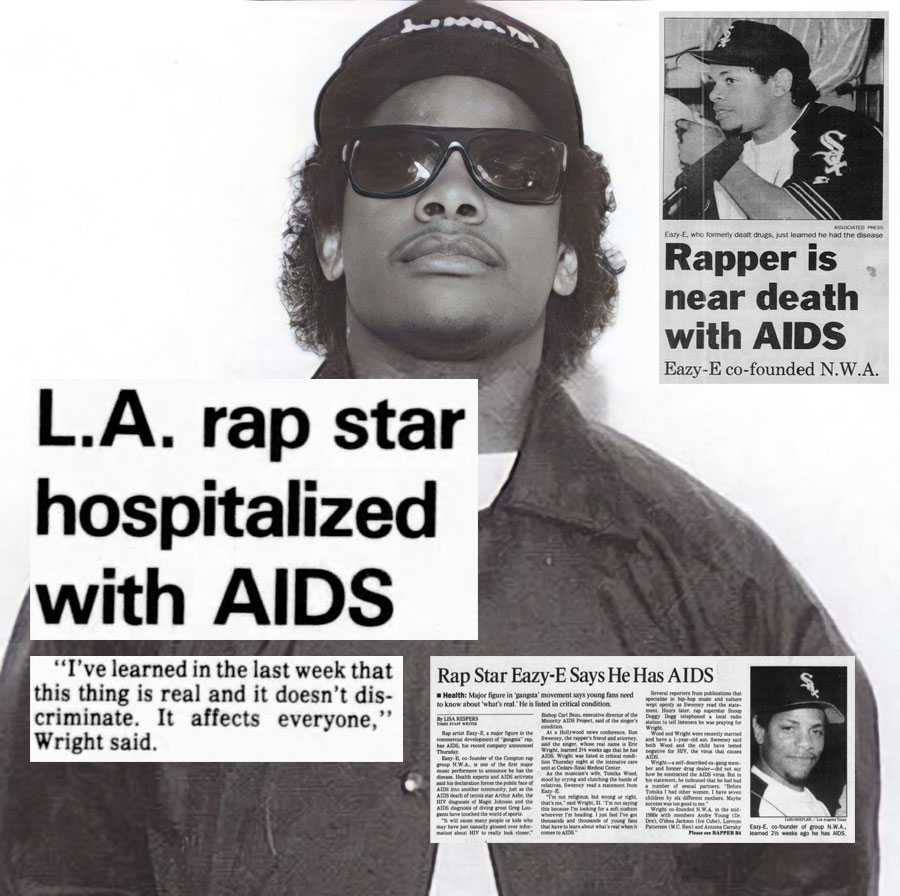 The news came as a huge shock to many.

How did Eazy-E catch AIDS?

The most likely answer is that he contracted the virus from one of his many sexual partners.

According to those who knew him, Eric was a womanizer who took full advantage of his fame. He frequented strip clubs, fraternized with adult film stars and had different women living at his mansion every week.

Eazy-E lived the life, so to speak.

Although he did wear “protection,” he chose to use lambskin condoms because they “felt better” than latex.

This turned out to be a fatal mistake.

Lambskin condoms can help to prevent pregnancies. However, they do very little to stop the spread of STIs and other viruses.

In the late 1980s and early 1990s, there was a common misconception that HIV/AIDS only affected homosexual men. Consequently, the virus was not at the forefront of most people’s thoughts.

Eazy-E had grown up on the streets of Compton. In his mind, he had to worry about gun violence and prison, not some virus that had killed Freddie Mercury, Liberace and Rock Hudson.

One conspiracy theory claims that Suge Knight paid someone to infect Eric Wright with AIDS.

At the time, Suge wanted Eric to release rap stars Dr. Dre and The D.O.C. from their contracts at Ruthless Records so that they could sign with Death Row.

During one incident in 1991, Suge reportedly threatened Eazy-E’s family and showed him a piece of paper with his mother’s address on it.

In the end, Eric gave in and signed their releases. 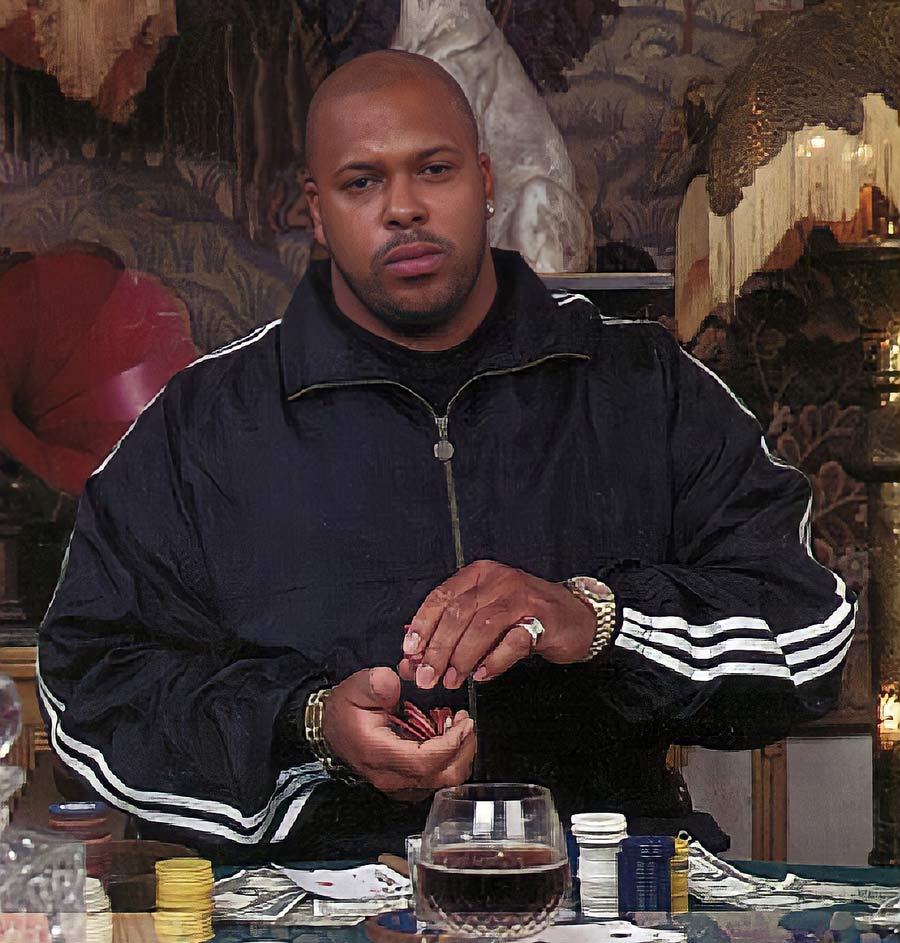 This conspiracy theory is nonsense.

Suge Knight was a thug and a bully who wanted quick results.

When he wanted something from someone, he would usually intimidate them and threaten them with violence.

The theory that he paid someone to give Eazy-E a virus that might kill him a couple of years down the line does not make any sense.

Furthermore, the thought of him coming up with an elaborate scheme involving a virus that he probably knew very little about at the time is comical.

Not only would he have to find someone who had the virus, he’d also have to convince them to willingly give it to another person.

To add to the complexity of this conspiracy theory, the person with AIDS would also have to be physically attractive enough to catch the eye of a rich and famous rap star.

All in all, it seems extremely unlikely.

Suge had dozens of connections to gang members. If he wanted Eazy-E dead, there were quicker and easier ways for him to achieve that. 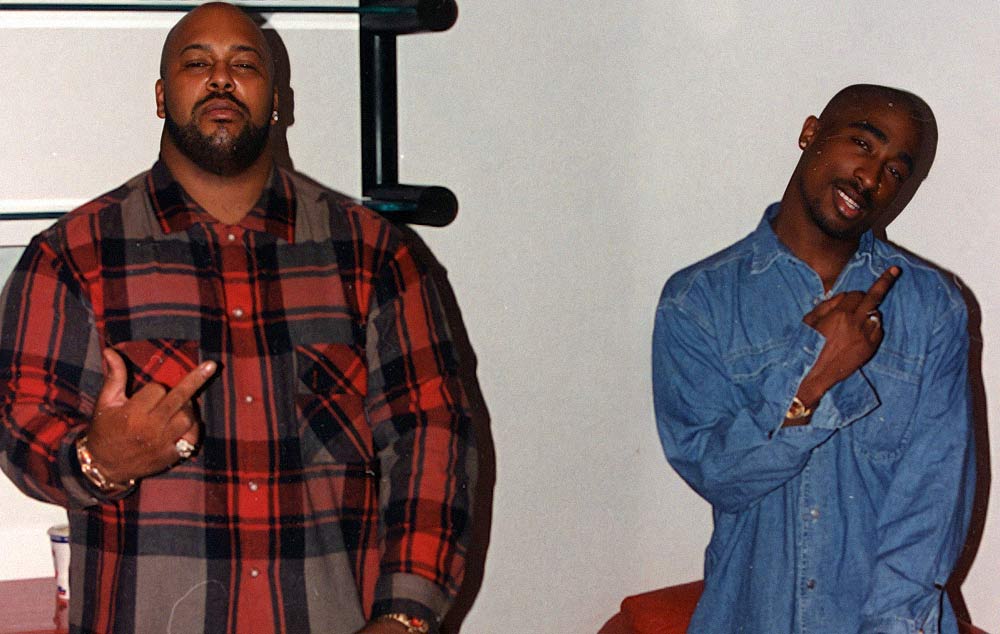 Where did the theory of Suge Knight giving Eazy-E AIDS come from?

During his appearance, he jokingly said the following:

“There’s a new thing, right. Technology is so high, right… So, if you shoot someone, you go to jail forever. So they got this new thing out. They get blood from someone with AIDS and they shoot you with it. That’s a slow death. The Eazy-E thing.”

Although this sounds like a brazen admission of guilt, it really isn’t.

Firstly, Suge is the type of man who purposely courts attention by making inflammatory statements. By 2003, his record label had been in decline for years. In other words, he was probably stirring the pot in an effort to stay in the limelight.

Secondly, this “method” of killing someone isn’t as easy as it sounds. HIV will only survive outside of the body under certain conditions. And even if it does somehow manage to survive, it is likely that its concentrations will be low to negligible.

Thirdly, he was clearly referring to new technology.

Last but not least, we’re pretty sure that Eazy-E would have remembered someone sticking a needle into his arm.

How did Eazy-E die?

The most likely scenario is that Eazy-E caught HIV from one of the many women that he slept with throughout his career.

During the late 1980s and early 1990s, a lot of straight people did not realize that they were able to catch the virus.

Sadly, Eric, like many people, only discovered the truth when it was far too late.