Eight weeks later, a pair of hunters discovered the women’s skeletal remains in a wooded area near Issaquah. 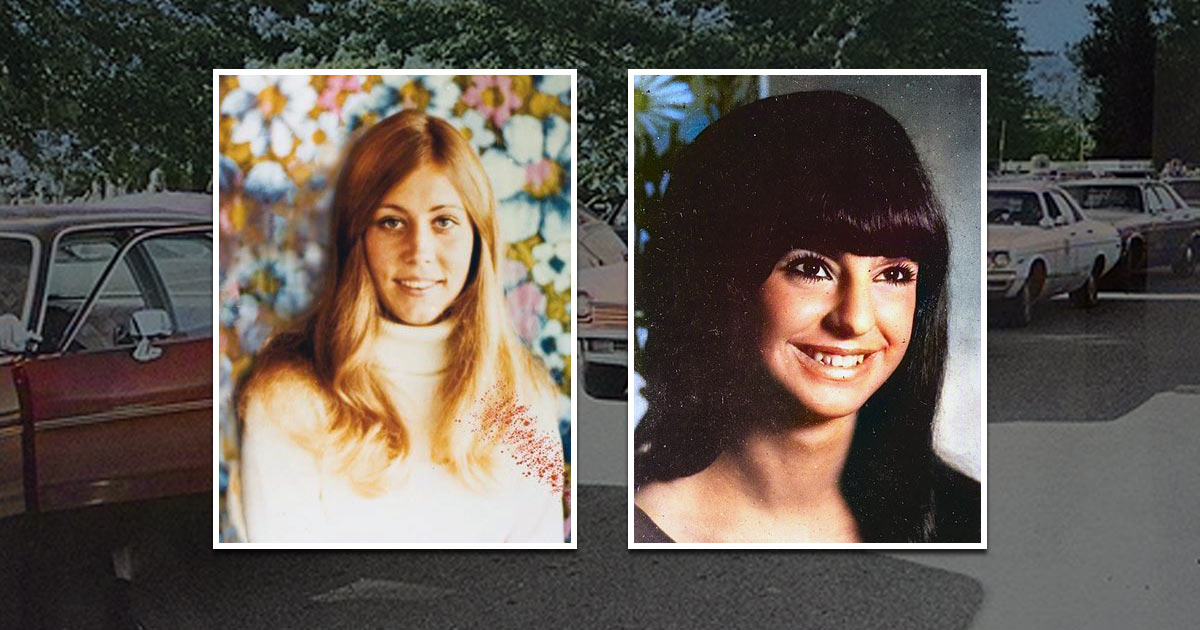 That Sunday, the sun was shining and temperatures continued to rise.

Throughout the afternoon, thousands of people flocked to the beach at Lake Sammamish State Park, eager to make the most of the weather.

Sadly, it wasn’t long before Bundy turned this beautiful summer day into something out of a nightmare.

Janice Ott was a 23-year-old Juvenile Court worker who lived in Issaquah. At the time of her disappearance, her husband Jim was studying in California. According to police files, the couple had recently separated.

However, they were still in regular contact with one another. 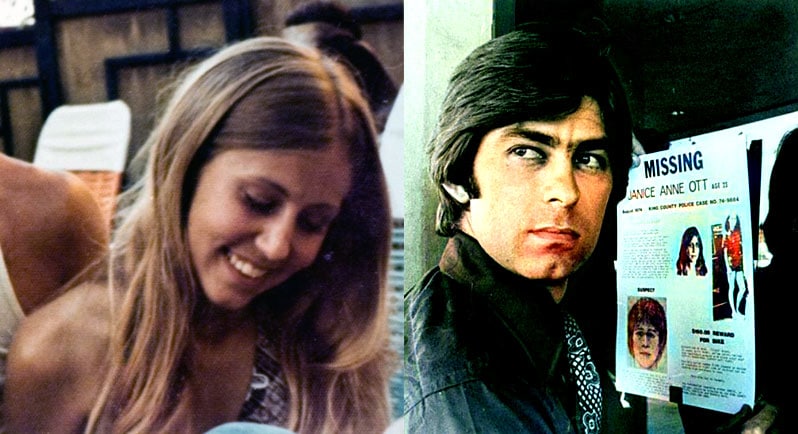 Photographs of Janice and Jim Ott. A missing person poster is visible in the photograph on the right.

Because there was no one around and she had nothing else to do that day, Janice decided to head to the beach by herself.

After leaving a note for her roommate saying that she’d be back by 4.30 p.m., the young woman grabbed her yellow bicycle and set off for Lake Sammamish.

Once she reached the park, she found a spot on the beach where she could put a towel down and relax. She then undressed into her bikini and put on some cocoa butter. 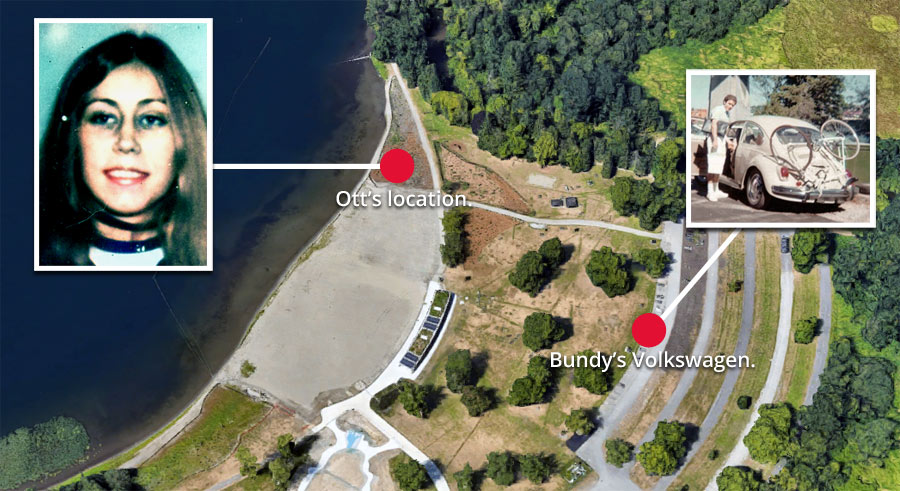 That afternoon, Ted Bundy parked his Volskwagen Bug in the middle of the car park.

Twenty minutes later, Ted Bundy spotted Janice relaxing on the beach and decided to approach her.

Moments before, he had attempted to lure another woman named Janice Graham away from the park. After introducing himself to Graham and claiming that his arm was injured, he asked her if she could help him unload a sailboat.

Thinking that the boat was in the parking lot, she agreed and proceeded to follow him. However, Graham refused when she realized that he wanted her to get into his Volkswagen.

At that stage, Bundy said, “That’s OK” and admitted that he should have been more forthright about where the boat was.

Following this failed attempted, he wasted little time in targeting another woman.

As Ted was walking back towards the beach, he veered off to his right and started walking towards Janice Ott.

The abduction of Janice Ott.

After approaching the 23-year-old, Ted employed the same ruse.

He explained that his arm was injured from playing racket ball and that he needed someone to help him unload a catamaran boat.

However, this time, he modified his story and claimed that the boat was at his parents’ house in Issaquah.

From his perspective, he probably wanted to avoid another situation where his victim suddenly backed out.

Although Ott was friendly towards Ted, she did display signs that she didn’t really want to leave the beach.

According to onlookers, he was pretty insistent.

Judging by witness accounts, the following conversation took place after Ted introduced himself and explained that he needed help. Note that parts of this conversation are probably missing, as it is based on the recollections of people who were sitting within earshot.

At this stage, Janice started to put her clothes back on.

Janice: “OK, I’ll go. Under one condition. I get a ride in the sail boat.”
Ted: “Of course. My car is over there in the parking lot.”
Janice: “I guess I’ll get to meet your parents then.”

As the pair were walking away together, Bundy asked Ott if she knew anyone in Issaquah.

That was the last time that anyone saw her alive.

On September 6th, 1974, two grouse hunters discovered her skeletal remains scattered across a grassy patch of land in a wooded area near Issaquah. 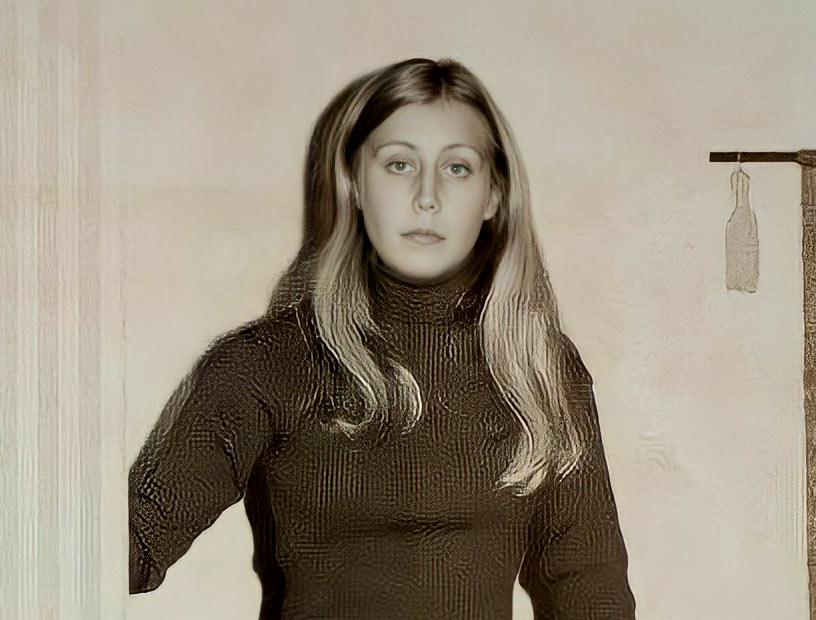 Denise Marie Naslund was a 19-year-old student who was studying software development at night school. During the day, she worked part-time as an office worker.

At the time of her death, Naslund was dating a man named Ken Little.

At around 1 p.m., Denise and her boyfriend arrived at Lake Sammamish with another couple, Bob Sargent and Nancy Battema. 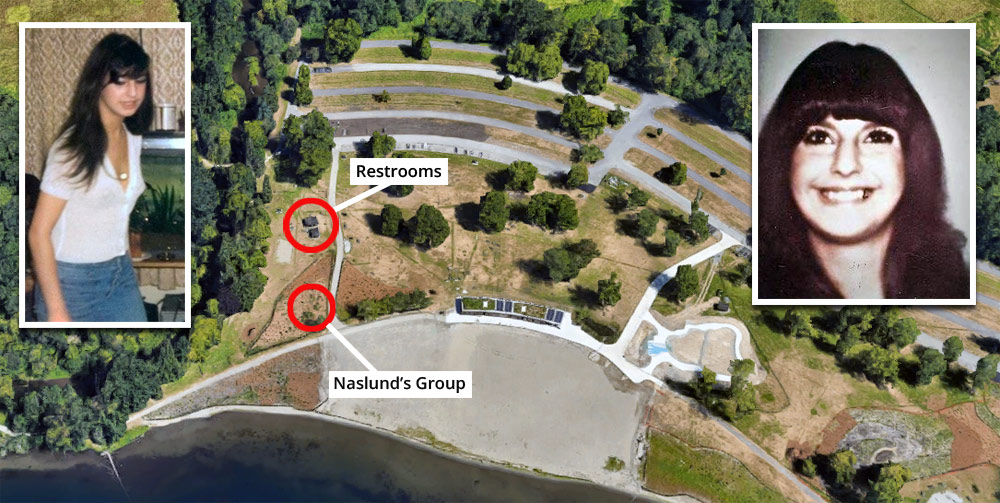 This aerial image of Lake Sammamish shows where Naslund and her group were sitting. It also highlights the location of the restrooms.

The group decided to sit at a spot on the eastern side of the park, roughly 200 feet north of the restrooms. According to Nancy, Denise took four Valium tablets when they arrived.

Shortly after 4 p.m., Ken and Bob fell asleep after the group had eaten hot dogs and potato chips. At that stage, Denise told Nancy that she was feeling high.

After a short conversation about the time, Denise got up without saying anything and walked over towards the restrooms.

At some point, Denise Naslund was approached by Ted Bundy, who had returned to the park to look for a second victim.

Eight weeks later, her skeletal remains were discovered alongside Ott’s.

The abductions at Lake Sammamish came as a shock to everyone.

As the afternoon wore on, more and more people started to leave Lake Sammamish.

However, Naslund’s group stuck around and waited for her, hoping that she would return.

That day, Denise had driven them all to the park in her car. As the park continued to empty, her vehicle started to stand out by itself. 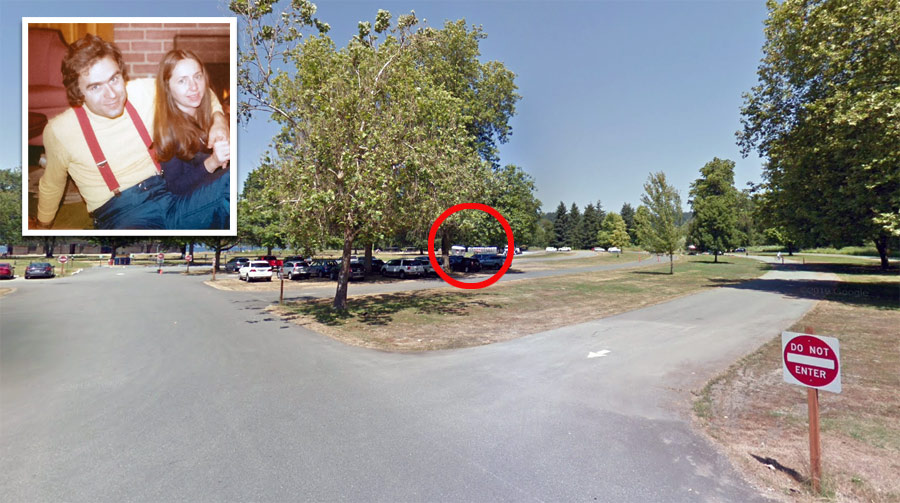 A Google Maps Street View image of the parking lot at the park. During the abduction of Ott, Bundy’s car was parked beyond the cars that are circled in red.

Fearing the worst, her boyfriend Ken decided to report her missing to a park ranger. 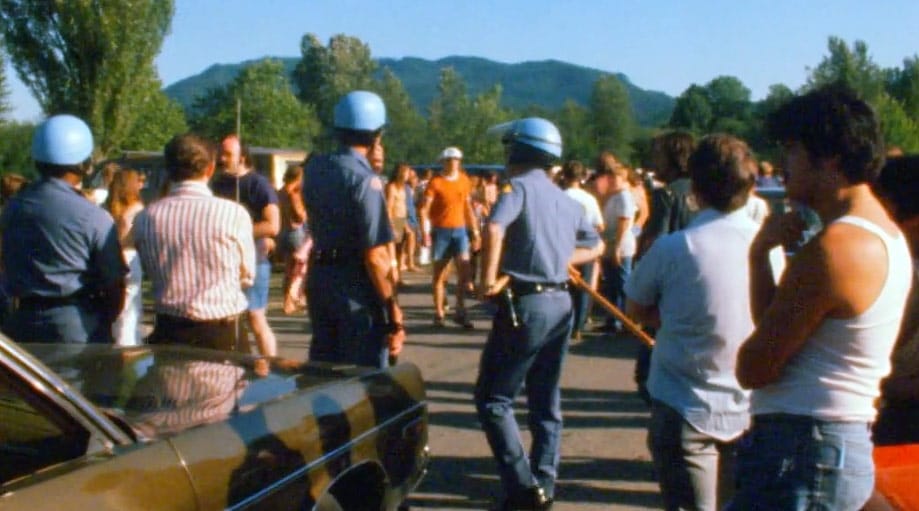 Police arrive at the park.

Over the next couple of days, it started to dawn on everyone that two women had gone missing from Lake Sammamish on the exact same day.

At the time, everyone was aware that an unidentified predator was targeting women in the Pacific Northwest.

As a result, it was becoming increasingly clear that the women of Seattle were no longer safe.

Despite this, the abductions at Lake Sammamish came as a huge shock to everyone.

In this case, an unidentified man calling himself “Ted” had seemingly abducted two women from the same place in broad daylight. Furthermore, Ott and Naslund had gone missing within three and a half hours of each other.

That afternoon, most of the people at Lake Sammamish had temporarily set their fears aside. It was an unusually hot summer day and there were a lot of fun events happening at the park.

Roughly 40,000 people attended the park that Sunday, eager to soak up the sunshine.

For one day, they wanted to forget about the frightening events that were unfolding in Seattle and just enjoy themselves.

Sadly, Bundy was in no mood to relax.

While everyone was laughing, drinking beer and hanging out with their friends, he was walking among them, feverishly searching for his next victim.