If someone uses the acronym “ISK”, then it is likely that they have made a typo.

In the vast majority of cases, ISK is a misspelling of IDK, which means “I don’t know.”

In this case, the person has mistakenly used the letter “S” instead of the letter “D”. However, they probably typed it so quickly that they didn’t realize it at the time.

This kind of thing happens all of the time on Snapchat and other social media apps.

Take a look at the following screenshot of an Android keyboard. 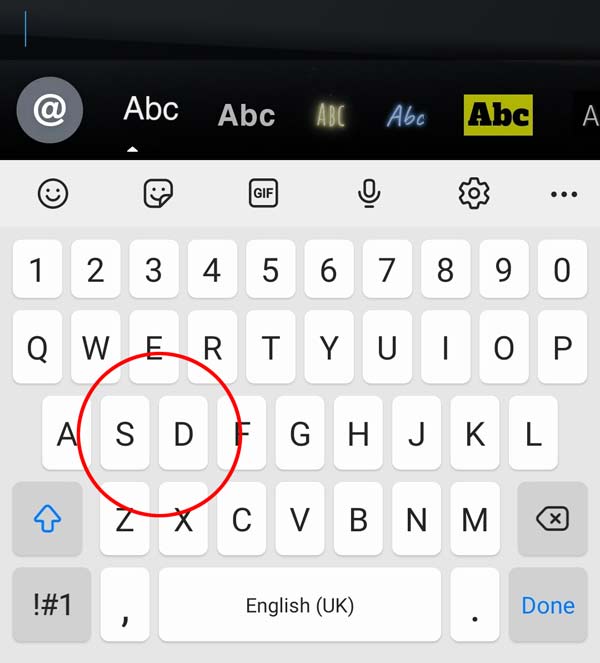 I took the screenshot above while I was using the Android keyboard on Snapchat. Although this image is from an Android Samsung phone, this kind of keyboard layout is common across all devices. In other words, it will look pretty similar for iPhone and Windows users.

In the image above, you can see how close the “S” and “D” characters are.

Because of their close proximity to one another, it is pretty easy to see how someone might press the “S” key by mistake and not realize it.

In fact, they might even hit the “F” key, leading to “IFK”. But let’s not get into listing each possible mistake.

ISK does have other meanings. However, they are very specific.

Although ISK can mean something else, you will usually only see people using it in a very specific context.

For example, ISK can stand for InterStellar Kredits, which is an in-game currency for EVE Online.

However, it is extremely unlikely that someone will mention this unless the two of you are specifically talking about the game.

In other words, unless you’re having a conversation about your favorite role-playing game, it is probably safe to presume that the other person is saying “I don’t know.”

Again, context is key. If someone used this acronym after you asked them a question, then you can be almost certain that they meant to type “IDK”.

If you feel silly for asking this question, try not to be too hard on yourself. This is actually one of the most common typos around.