It is the “shorthand” version of saying that something is giving off a certain vibe or energy.

For instance, if someone says “it’s giving 80s”, then it means that they think something is giving off an eighties vibe. In this case, they might be talking about a song, a hairstyle or a fashion outfit.

Let’s say for example that your friend paints a picture of an animal and that it reminds you of a Disney character. If you’re a Gen-Zer, then you might say the following. 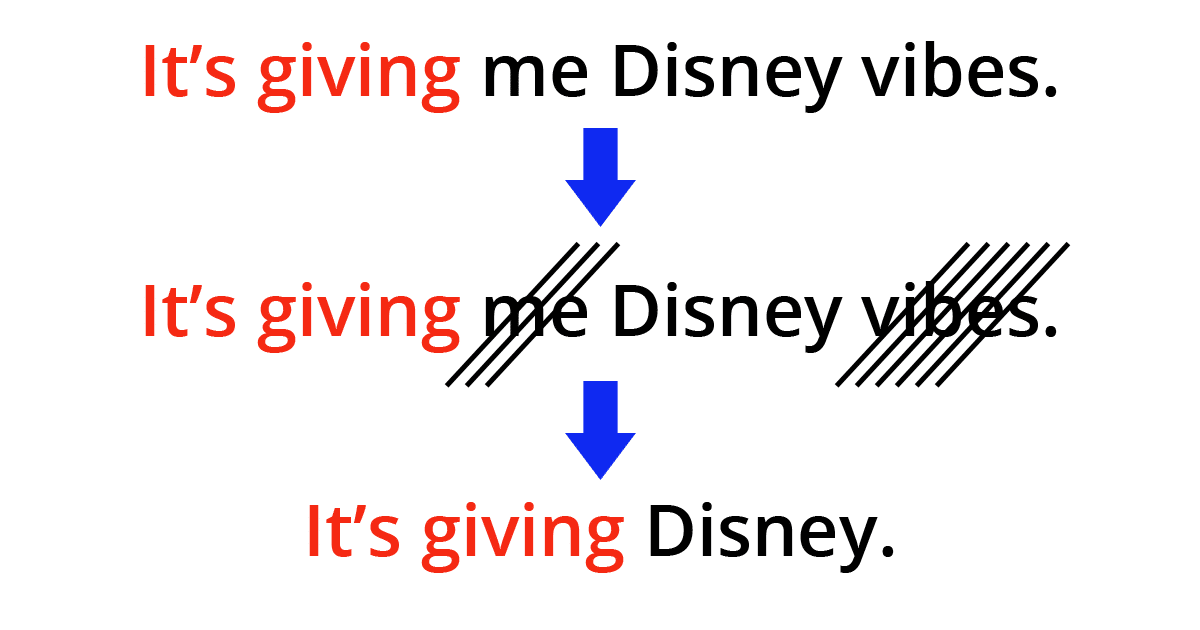 As you can see, the last sentence is basically just a shortened-down version of the first one. 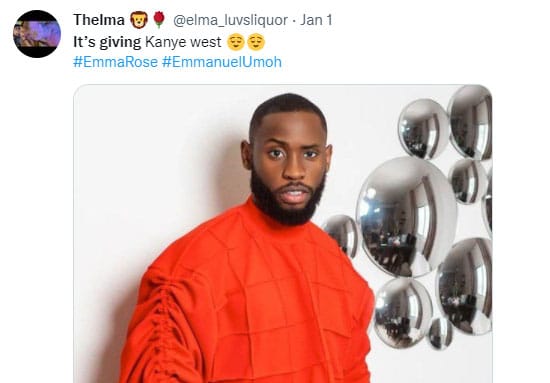 In this tweet, Thelma is saying that a photograph of fashion model Emmanuel Umoh is giving her Kanye West vibes.

In other words, she thinks that Umoh’s outfit is very similar to the style of clothes that rap star Kanye West usually wears.

Twitter user @britshaniece lashes out against people who ask their dates for money to go to a hairdresser.

Here, Brittany argues that asking your date for money doesn’t give off “the energy” that you have high standards. Instead, it makes it look like you are broke.

Internet denizens will also use the phrase while insulting each other.

Take the following example, in which @Serzie accuses someone of being bitter.

Although most of these examples are from Twitter, you will find that the phrase is also popular on social media apps such as TikTok and Instragram.

Although this slang phrase has been around for a while, it wasn’t until the end of 2020 that it started to skyrocket in popularity.

According to Google Trends, search interest for the meaning behind this phrase increased substantially in September of 2020.

Throughout 2021, it continued to gain traction. For example, in September of 2021, a video of Canadian singer Shawn Mendes saying “it’s giving Cher” went viral on the Internet.

British pop group Little Mix were also quick to get in on the action.

If you find this expression difficult to process or unravel, know that you are not alone.

The bad grammar makes it somewhat confusing. At first, it kind of reads like the person pressed enter before they finished typing their sentence.