A “pick me boy” is a guy who will attempt to emotionally manipulate women into liking him.

He will do this by employing a fake “nice guy” routine and by using guilt trips.

He may also make a conscious attempt to appear different than other men. However, these differences will only be skin-deep.

For example, he might repeatedly point out that he is a nice guy and that other men are thrash. Or he might take a superficial interest in topics such as feminism.

The “pick me boy” will feign self-deprecation in an effort to guilt his “target” into liking him. For instance, he might make the claim that girls do not like him because he is “too ugly” or “too nice”. 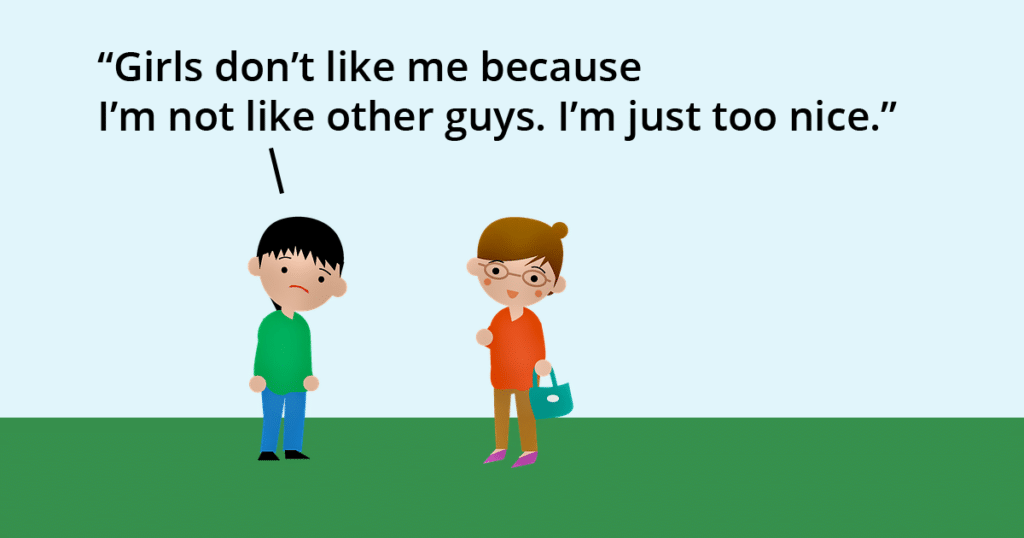 The goal here is to make the woman feel guilty for not seeing him as a potential partner.

Furthermore, by repeatedly insulting himself, he is hoping that the girl will correct him and tell him that he is wrong.

For example, if she rubbishes his claim by saying “you’re not ugly, you’re handsome!”, then he might see that as a green light to finally come clean about his romantic interest in her.

The phrase “pick me boy” is the Gen-Z equivalent of the term “Nice Guy”.

Before the phrase “pick me boy” became popular, Internet users typically used the term Nice Guy™ to sarcastically describe men who feigned niceness in an attempt to coax women into liking them.

All in all, these two phrases mean the exact same thing.

Both of them describe a manipulative man who lacks the confidence to approach women.

Instead of being upfront and direct about his romantic interest in a woman, the “nice guy” will push himself into her “sphere” in the hope that she will eventually grow to like him.

More often than not, he will attempt to build a fake friendship with her. By hanging around with her and playing the long game, the “nice guy” hopes that it will soon dawn on her that he is the one for her.

During this sham friendship, he will attempt to poison her relationships with other men. He may also let the mask slip at times by exhibiting jealous behavior. 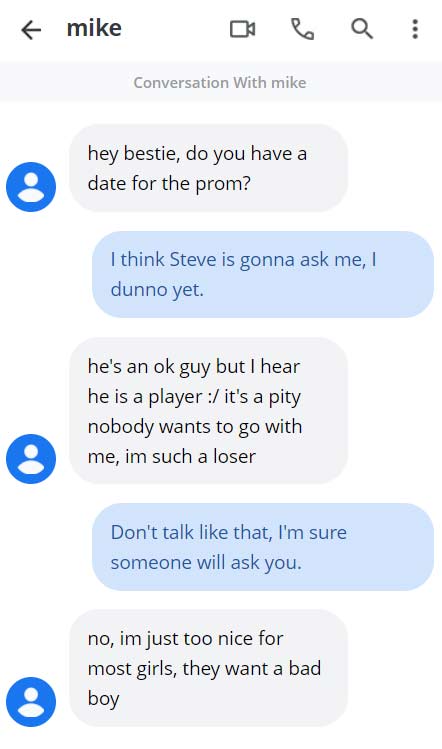 An example of this kind of behavior. Not only is Mike putting himself down and fishing for her to ask him to the prom, he is also attempting to poison her perception of Steve. As you can see, this is textbook manipulation.

When did this phrase become popular?

According to Google Trends, the phrase “pick me boy” started to become popular in February of 2021. 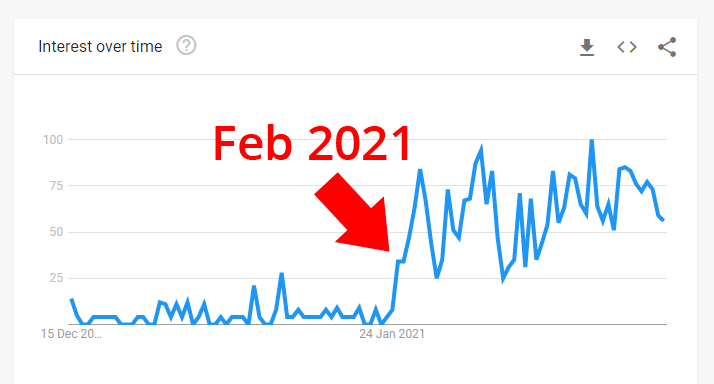 A graph from Google Trends.

Although there was some search interest in the phrase during 2020, it wasn’t until the first week of February, 2021, that the phrase began to see an uptick in popularity.

Related article: What is a pick me girl?