The slang phrase ‘mutuals’ (or moots) refers to people who follow each other on social media apps such as TikTok and Twitter.

For example, if you follow Sara and she decides to follow you back, then it means that the two of you are now mutuals. 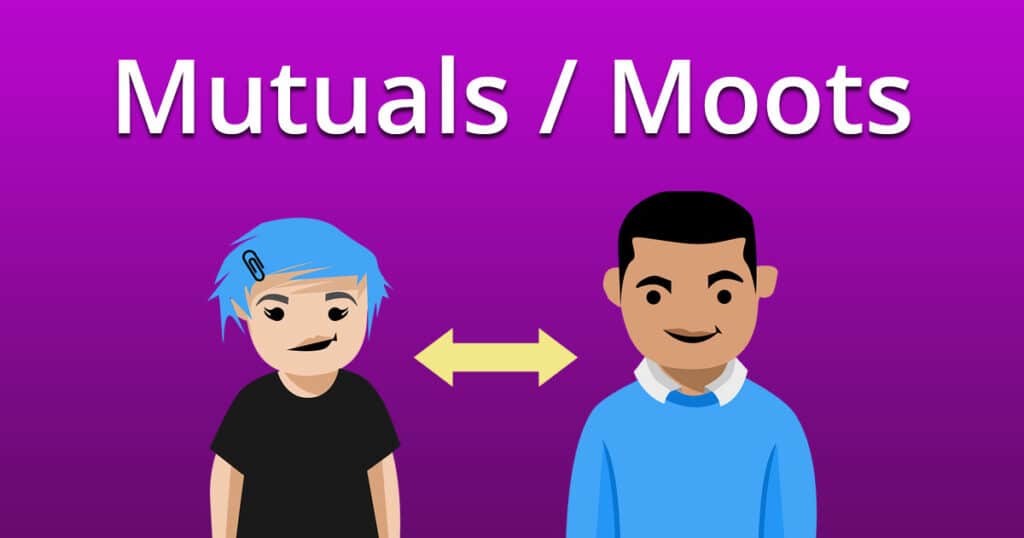 In certain cases, the Gen-Z generation may use the word ‘moots’ instead.

As you’ve probably guessed, this is similar to calling someone an online friend or acquaintance. It is a term which describes a reciprocated online connection between two people.

Take a look at the following example. 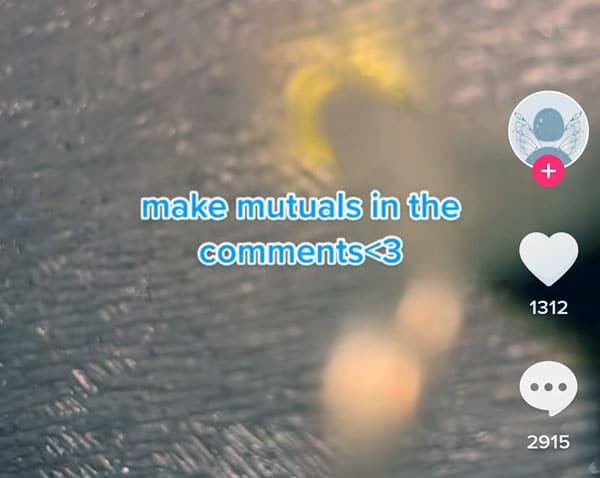 A screenshot of a TikTok video.

In the video above, the creator is inviting people to make new connections in the comment section.

If you stumble across a video like this and read the replies, you will see scores of TikTok users chatting to one another and agreeing to follow each other back.

This word is particularly common in some of the “role playing” (RP) communities on Twitter. This is because it is a quick and easy way to increase your follower count.

In the screenshot above, “kat” is telling people to press the like or the retweet (RT) button if they want to become mutuals with her.

People often use this phrase when they are looking to connect with others who have the same interests as them.

In the tweet above, Mairu says that she is looking for art ‘moots’. As we stated above, ‘moots’ is basically just a shortened-down version of the word. It is kind of like saying fridge instead of refrigerator.

Another example from Twitter. This is the same as saying “Liam is my favorite friend on Twitter.”

Why do people look for mutuals?

The reason is pretty simple: Users with more followers on TikTok, Instagram and Twitter tend to get more views, likes and comments.

However, building up a large amount of followers can be difficult and time-consuming.

In an attempt to sidestep this hurdle, users will attempt to speed up the process by offering a “follow back” in return.

By promising people to follow them back, they are essentially saying “if you scratch my back, I’ll scratch yours”.

This way, it is mutually beneficial because they both gain a new follower.