This is a guide to the “Rising Star” badge on Facebook.

Recently, Facebook started to show badges and titles beside group members’ names. These badges are based on the user’s recent activity within the group. In other words, they are kind of like awards that you can get for contributing to the group.

One such badge is the Rising Star. 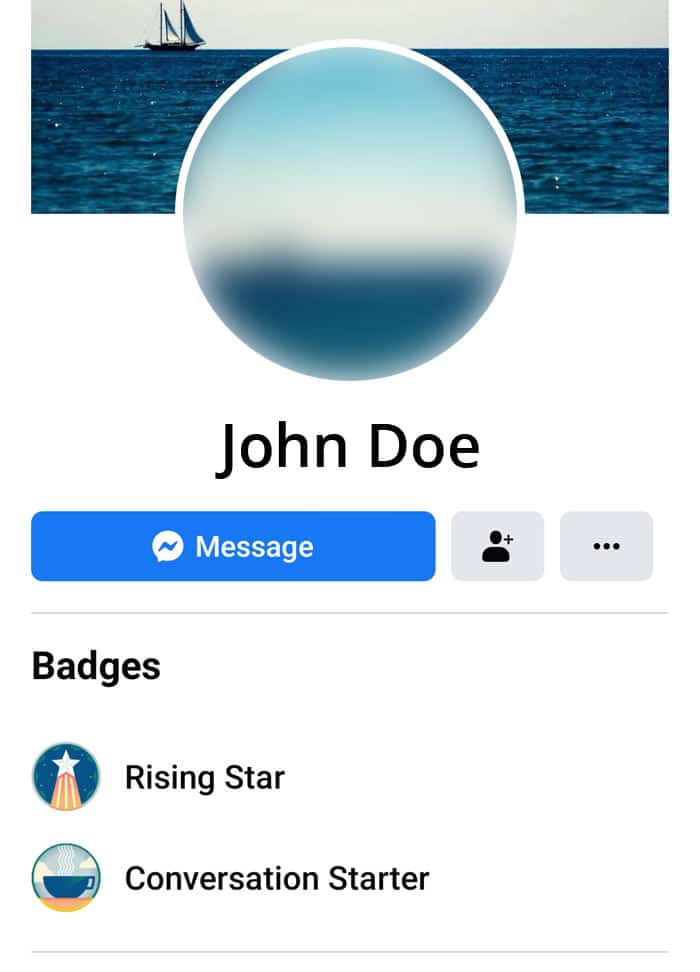 In the screenshot above, you can see that this group member has two badges. The “Rising Star” and the “Conversation Starter”.

How do you get the Rising Star badge on Facebook?

The Rising Star is a relatively new member who has been contributing to the group. This title will appear next to a user who joined less than a month ago and has been receiving a lot of attention.

For example, their posts and comments have been receiving a relatively high number of reactions and replies.

In short, they’re the new kid who is popular.

Note that I put the word “relatively” in bold for a reason. For example, 3 likes on a post in a group that only has 20 members is just as good as 6 likes in a group that has 40 members. It’s all relative to the size of the group.

In order to earn this badge, you will need to post interesting content that other members will react to. Replying to other posts and contributing to the conversation will also help. To get a good idea about the type of content that other group members like, you should scroll down through some of the older posts. This will give you a feel for what gets the most reactions.

Do moderators give out these badges?

No. These badges are automatically generated by Facebook. They are based on a user’s recent activity within the group. As a result, moderators and admins cannot manually give them out to group members. It is decided by an algorithm.

Why did the “Rising Star” title disappear?

If your “Rising Star” title has disappeared, then it can mean one of the following things:

As you can see, there are multiple reasons why this badge may have been removed.

Another point worth mentioning is that these badges are unique to the group. In other words, if you’ve got a “Rising Star” badge in your local bakery group, then don’t expect that badge to carry over into other Facebook groups.