TikTok users are using an Interstellar (2014) scene to express what they would do if they were able travel back in time.

The clip in question shows Matthew McConaughey’s character Cooper crying “No!” and banging against a bookshelf.

At the time, he was floating around inside a “Tesseract” in his space suit and attempting to make contact with his daughter in the past. 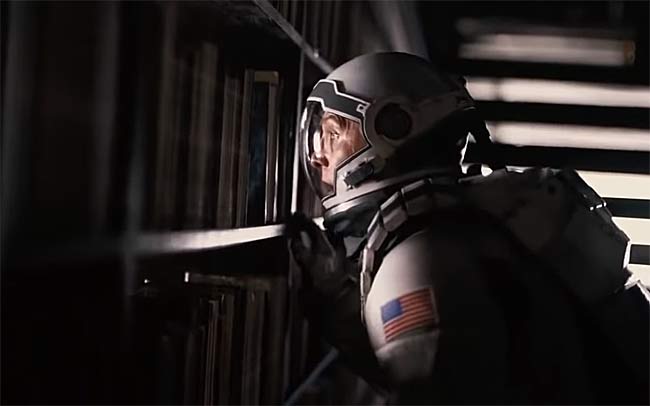 The Tesseract is a huge structure that allows Cooper to see Murph’s room at any moment in time.

During the scene, he is watching the exact moment he left his daughter Murph to pilot the interstellar expedition. A decision he obviously regrets now that he is unable to return to earth.

As he watches himself leaving, he says “Don’t let me leave Murph!” He then shouts “No!” and begins to hit the back of the bookshelf in the hope of drawing their attention.

TikTok users have turned the scene into a meme.

Recently, TikTok users started a new trend by adding their own captions to the scene.

These captions express what they would do if they were able to travel back in time and warn someone about something.

For example, one caption reads:

“Future me watching me leave to go drinking on a work night.”

“Me time travelling back to September 4th, 2006, to try and stop Steve (Irwin) from going to film a stingray.”

Since the Interstellar trend started, TikTok users have been creating memes about everything from the 2008 financial crisis to the shooting of Harambe. 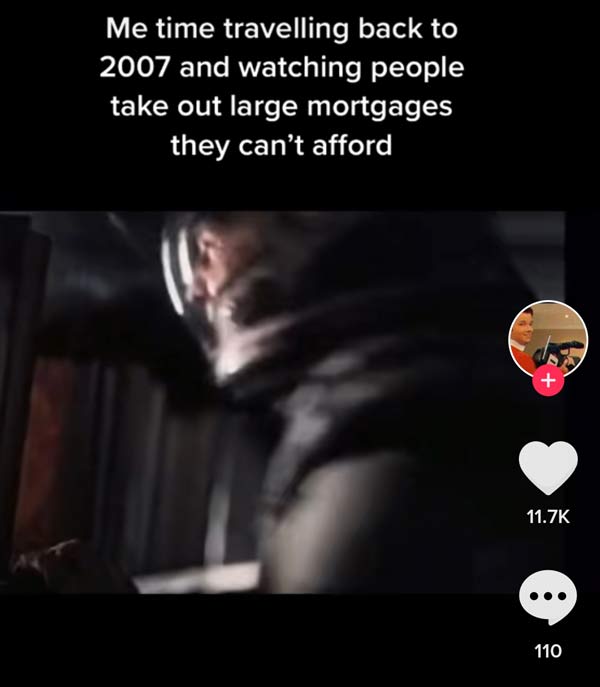 “Me time travelling back to 2007 and watching people take out large mortgages they can’t afford.”

As you can see, this trend largely revolves around what you would warn people about if you were able to travel back to a specific moment in time.