Tony Soprano killed Christopher Moltisanti because he was a liability.

For years, Chrissy had a drug habit that he was unable to shake. Despite a number of attempts at getting clean, it always ended with him relapsing.

This is a man who Tony was hoping to groom into becoming the next leader of the family. He also had short-term plans for Christopher to become his right-hand man.

However, time and time again, his protégé disappointed him.

Following the car accident, Tony decided that his “nephew” was a lost cause.

The damaged child seat was the last straw. It served as a wake-up call. A stark reminder that Chrissy was an untrustworthy drug addict who was destined to cause him more problems in the future.

From a personal point of view, this was a horrible act on Tony’s part. However, from an organizational perspective, it made sense.

Christopher was a ticking time bomb.

Over the course of the show, it becomes increasingly clear that Christopher is unable to change.

This was the type of person who could cause real damage to Tony and the rest of “the family”. Out of everyone under Tony’s command, Chrissy was probably the most likely person to flip or do something incredibly stupid.

Towards the end of the show, he starts to come off the rails. 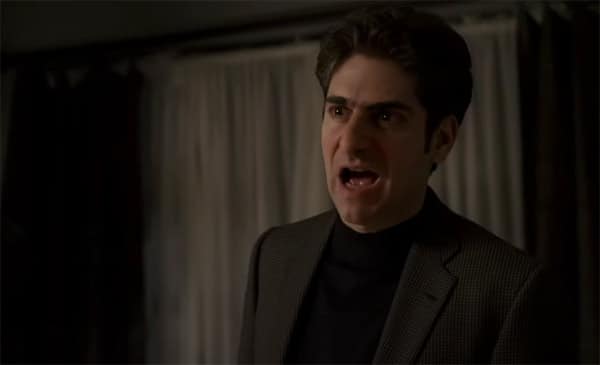 “Do you have any idea, if I wanted, what I could do to these pr**ks? One phone call and it’s over, the whole f**king castle comes down.”

This is why Tony felt a sense of relief after the car accident.

He was aware that his “nephew” was a ticking time bomb whose drug addiction would inevitably cause him to flip or do something stupid. However, because of their family ties, Tony was willing to give him extra leeway in the hope that he would finally straighten up.

When the car accident happened, it became clear to Tony that Christopher was never going to change. As a result, he took the opportunity to “remove” his problem.