Palermo was once the de facto boss of the DeCavalcante crime family, which operates in northern New Jersey. 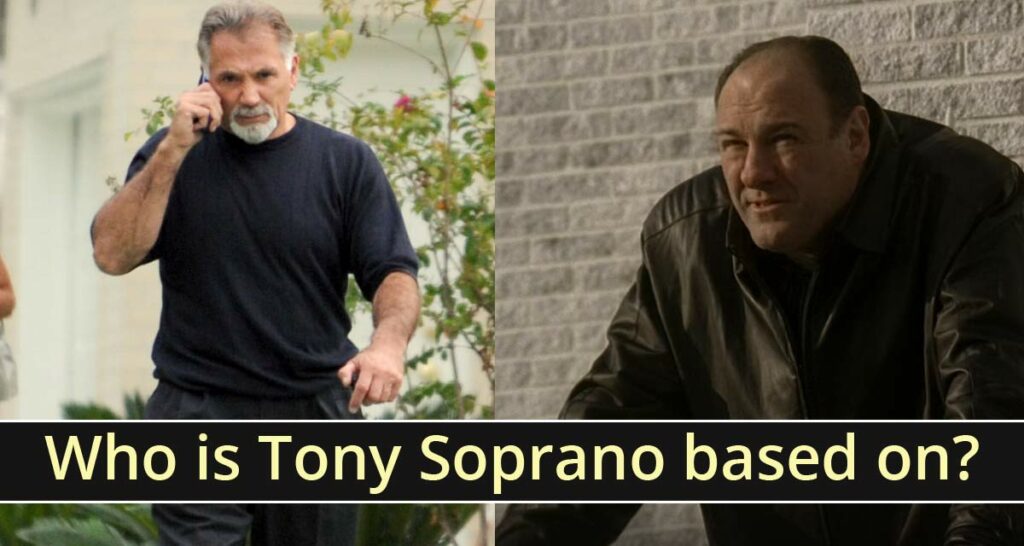 Tony is loosely based on mobster Vincent Palermo. However, they do not look alike.

In 1995, the acting boss of the DeCavalcante family, Giacomo Amari, was diagnosed with stomach cancer.

This is similar to what happened to Jackie Aprile Sr. in The Sopranos.

In Season One, Jackie Aprile is dying from stomach cancer.

He is also the acting boss, as the family’s “official” boss, Ercole DiMeo, is currently serving a life sentence. 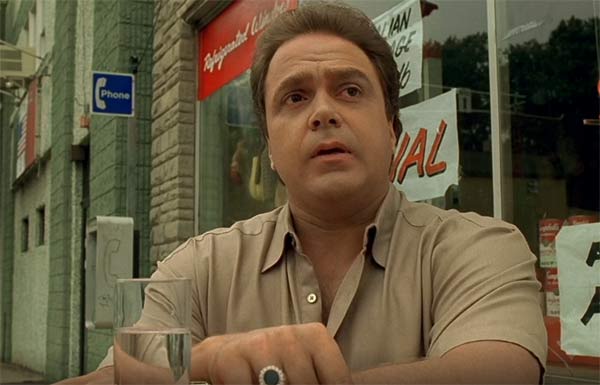 “I may be acting boss while the old man is a guest of the government. But I wish someone would tell my bowels because they don’t obey. And the f**ckin’ chemo. Maybe I should name a successor.”

Because of these similarities, it is safe to presume that Jackie is based on Giacomo “Jake” Amari.

After Amari fell sick with stomach cancer in 1995, he was no longer able to keep things running.

As a result, a “ruling panel” was created in order to look after the day-to-day operations of the family. This ruling panel consisted of three men.

We need a supreme commander at the top.

In the 4th episode of Season One, Tony and the other capos talk about the possibility of creating a similar council. At the time, Jackie was extremely sick and a war was looming between Tony and his uncle Junior.

However, capo Jimmy Altieri was quick to dismiss the idea. 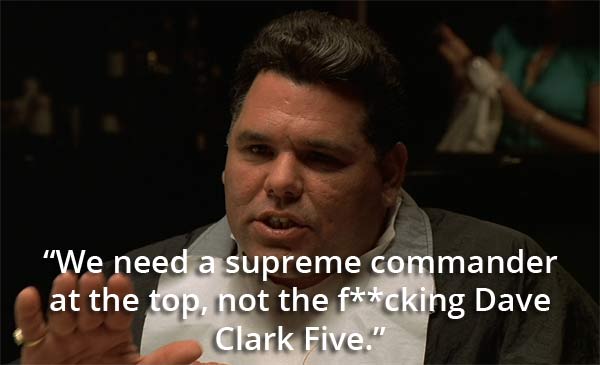 “Larry, the old guys set this up as a paramilitary organization. We need a supreme commander at the top, not the f**king Dave Clark Five.”

This hilarious exchange was most likely inspired by the North Jersey Mafia’s ruling panel.

The power struggle between Tony Soprano and his uncle Junior was also based on real events.

However, in the case of the DeCavalcante family, the men in question were not related to each other.

Following the formation of the ruling panel, trouble started to brew.

This was because Charles “Big Ears” Majuri felt that it was his time to finally take over the reins of the family.

In other words, he did not want to share power with anyone.

According to reports, Majuri was angry when he was not named as the new acting boss.

As a result, he decided to try and murder the two Palermos. 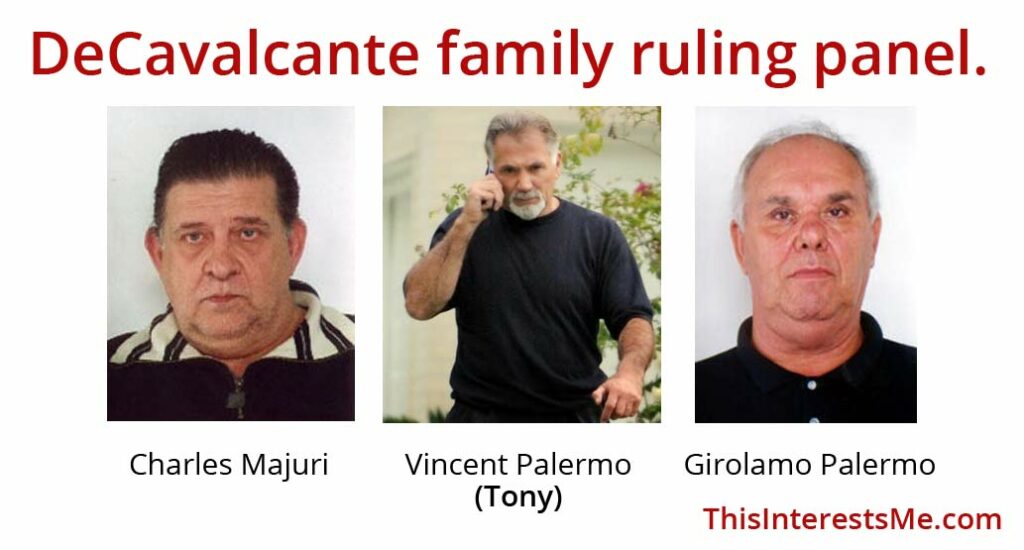 Unfortunately for Majuri, his plot to take over the family was a failure. This was because the person he asked to carry out the hit was loyal to Vincent Palermo.

All in all, it seems as though Majuri did not have a lot of friends at the time. In fact, it was his lack of power that probably saved his life.

After a planned retaliatory hit against Majuri fell through, Vincent Palermo decided to call the whole thing off.

According to reports, Palermo did this because he felt that Majuri was no longer a threat.

This is similar to what happened in The Sopranos.

Although Junior conspires to kill Tony, he still manages to get away with his life.

This is because Tony does not view him as a powerful figure.

Instead, Tony simply takes over the family. He even allows Junior to continue earning at a “subsistence level”.

This means that he basically ran the family without an official title.

This is kind of similar to how Tony became the de facto boss of the DiMeo crime family.

However, in The Sopranos, Junior actually keeps his official title as boss. This is because Tony wants to use him as a “lightning rod” for the FBI.

In other words, Tony does not want the attention that such a position brings.

As a result, Junior becomes a powerless boss whose sole purpose is to just sit there and act as a distraction for the authorities.

Tony Soprano is loosely based on Vincent Palermo.

As you can see, there are a number of similarities between the ascension of Tony Soprano and Vincent Palermo’s rise to power.

It is also interesting to note that Palermo owned a strip club called Wiggles, which was the inspiration behind the “Bada Bing!”

However, in The Sopranos, the “Bada Bing!” is owned by Silvio Dante, not Tony.

That is where the similarities end.

In 1999, after the first episode of The Sopranos was aired, Vincent Palermo turned state’s witness.

At the time, he was facing a life sentence.

Consequently, Palermo decided to confess to two murders and implicate other key members of the DeCavalcante family in various crimes.

His decision to flip was a huge blow to the New Jersey Mafia, as it led to the arrest of twelve of its senior members.

This, in turn, led to other key figures becoming witnesses for the government.

Interestingly, this means that the man who Tony Soprano was initially based on ended up decimating the DeCavalcante family by cooperating with the FBI.

In the years that followed, dozens of members were arrested, including several capos.

In the end, the family lost so much influence that members of the New York “Five Families” were able to take over many of the key rackets in New Jersey.

Furthermore, it seems as though Charles “Big Ears” Majuri finally got his wish in the end.

According to Rocco, Majuri is now the boss of the family.