However, there can be other reasons. 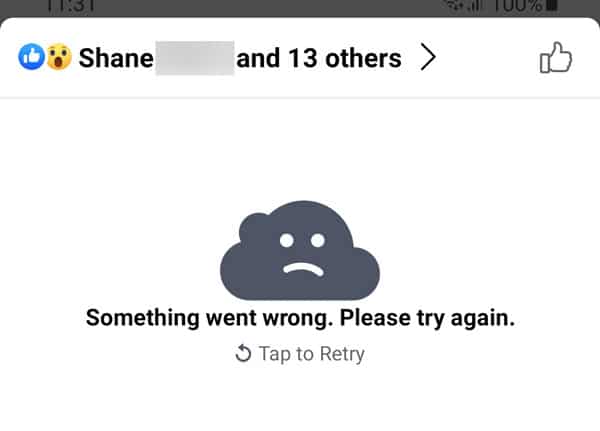 Usually, you will only notice this error after you try to load the comments section.

In most cases, this error appears because the author has deleted their own Facebook status.

However, there can be other reasons for this.

As you can see, there are a number of possible reasons.

Yes. Deleted posts can still appear on other people’s timelines. This is because their phone may have downloaded the post before you deleted it.

As a result, it can take a while for it to disappear from everyone’s newsfeed.

In other words, certain friends and followers might still be able to see it. However, they will be unable to like it or read the comments section.

If they attempt to load the comments or view a list of people who liked it, the app will display a “something went wrong” message. 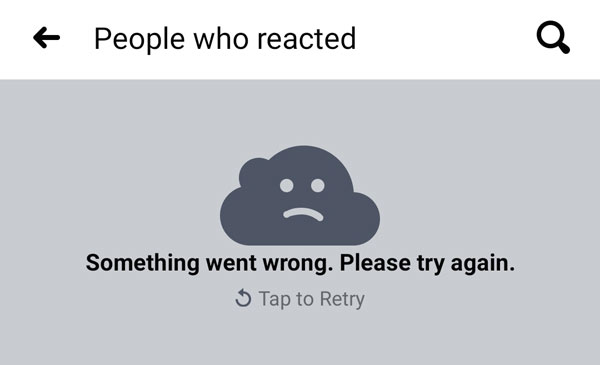 You will also be unable to see who reacted to the post.

Personally speaking, I have come across posts on my timeline that were deleted hours beforehand.

If a post has been deleted, why is it still showing on my timeline?!

Most likely, this happens because of some sort of cache issue.

For example, Facebook may have downloaded the post to the app cache on your phone. As a result, you can still see it.

If you were to close the app completely and restart it, it is possible that the post will disappear.

Large websites such as Facebook like to use caches in A LOT of different places. This is because caching speeds up performance and provides a better user experience. Consequently, a deleted post may temporarily exist in a number of different places.

In a perfect world, all cache entries will be “purged” as soon as the original post is deleted.

However, we do not live in a perfect world. Caching can be tricky, especially if you are using it in multiple areas across different servers and locations.

Why can’t I view the comments then?

At this point, Facebook’s server realizes that you are trying to load a post that no longer exists.

As a result, the server responds with a “404 Not Found” status and the app displays a “something went wrong” message.