Tony was planning on killing Paulie Gualtieri because he talked too much.

In other words, he was concerned that one of the most senior members of his crew was seemingly unable to keep his mouth shut.

He was also worried that Paulie would become an easy target for the FBI in the near future. This is because his last source of legitimate income at Barone Sanitation was about to run dry.

If the federal authorities were to target Paulie and put him under pressure, the result could be disastrous. This was a man who knew a lot.

If he flipped, Tony would almost certainly spend the rest of his life behind bars.

Why did Tony and Paulie go to Miami?

In The Sopranos episode Remember When (S06 E15), Tony and Paulie drive to Miami to lay low.

Their decision to “go on the lam” occurs after the feds start digging for the body of Tony’s first murder victim.

On Labour Day in 1982, Tony murdered a local African American bookkeeper called Willie Overall. At the time, he was only 22 years old. Paulie, who was a close friend of Tony’s father, oversaw the crime and helped him to bury the body.

25 years later, Tony’s capo, Larry Barese, begins to cooperate with authorities. Consequently, he tells them about the location of Willie Overall’s remains. 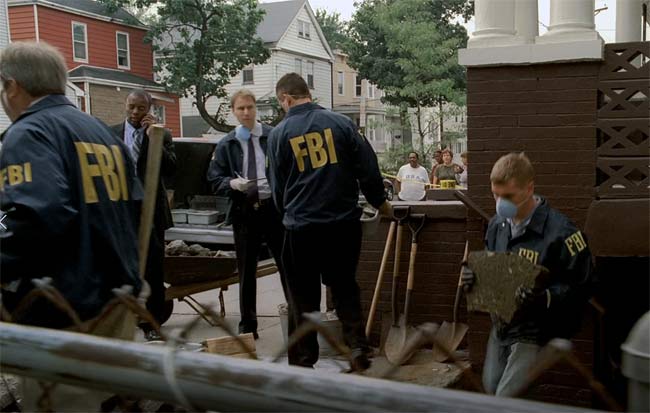 FBI agents digging at the site of Willie Overall’s body.

Although Larry diverts suspicion away from Tony by blaming the murder on Jackie Aprile, Tony and Paulie do not know this at the time.

As a result, they decide to drive to Miami and wait it out. 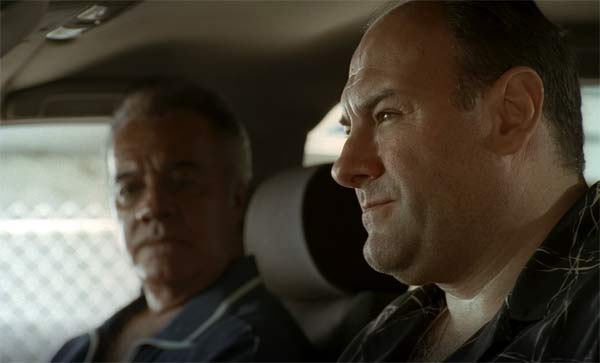 When Paulie asks what they are going to do, Tony says “We’re going to pack our toothbrushes.”

Why did Tony want to kill Paulie?

While the pair are driving to Miami, Tony begins to have serious doubts about Paulie.

Specifically, he starts to worry that Paulie has a big mouth.

At one point during the car journey, Paulie begins to talk about the details of Willie Overall’s murder.

Paulie mentions how they drove around looking for a spot while Willie was in the trunk. He talks about how Carmela was close to giving birth at the time.

He also reminisces about how they took Tony out to a Luger’s steak house afterwards to celebrate him ‘making his bones’.

“Remember we took you to Luger’s after? Me, Puss, Ralphie.”

At this stage, Tony starts to look a bit uneasy. 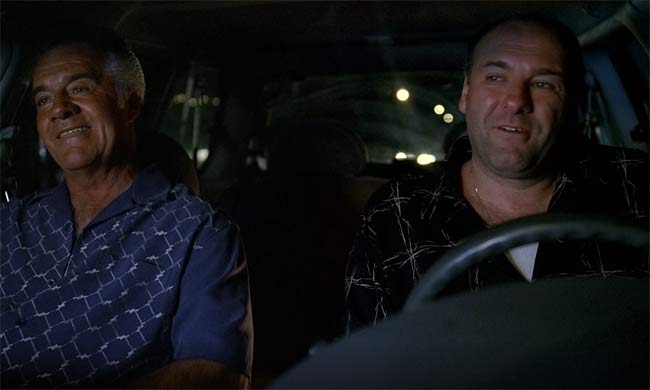 The exact moment Tony starts to have doubts about Paulie.

Considering the pair are driving to Miami because one of Tony’s capos is cooperating with the FBI, you can’t really fault him for starting to feel a bit paranoid.

Later on, Tony decides to bring up the Ralph Cifaretto joke. It is clear that he has been sitting there and stewing over whether Paulie has loose lips or not. 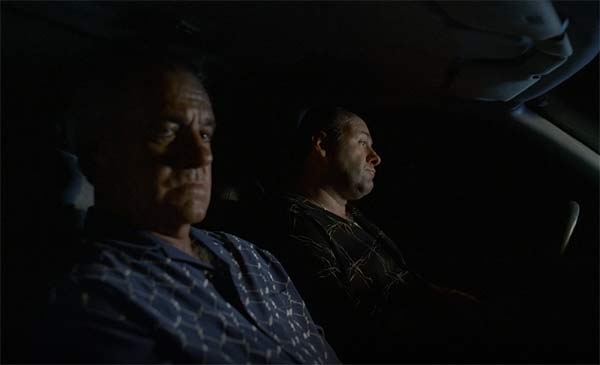 When Tony asks “Who the f**k would tell Johnny (Sack) about that joke?”, Paulie becomes defensive and says, “How should I know?”

The pair then go back to sitting in silence.

At some point in the night, Tony and Paulie stop in Virginia to sleep at a hotel.

The next morning, Tony comes downstairs and sees Paulie making small talk with a hotel guest at the breakfast buffet.

After Paulie says goodbye to the man and walks over to Tony, the man in question turns around and shouts, “Enjoy Miami!” 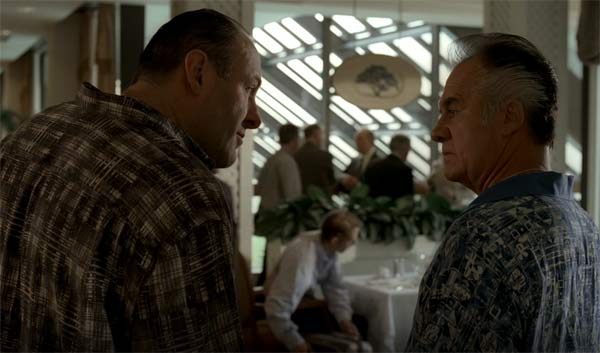 “What the f**k is wrong with you? You tell some goober your life story? We are supposed to be laying low.”

In Miami, they are having dinner with Beansie Gaeta when Paulie finds out that Beansie has to urinate in a bag.

He expresses his shock about this when Beansie leaves to go to the restroom.

After Paulie holds up his hands and says “kill me now”, Tony looks down and says nothing. 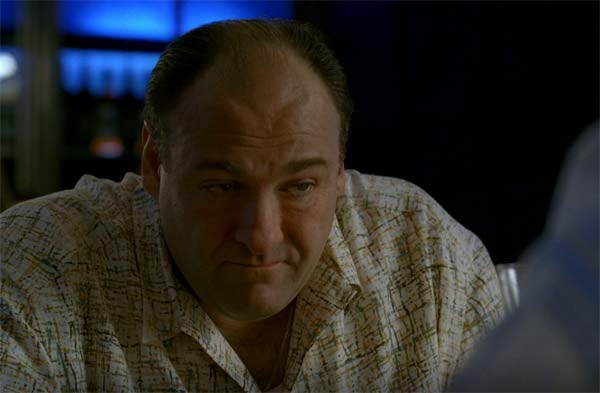 This is the moment when the viewer starts to realize that Tony is thinking about killing Paulie.

Although “kill me now” is just an expression, it is becoming clear that Tony is thinking about Paulie’s words in a much more literal sense.

Later on, while everyone is reminiscing about the good old days, Paulie talks about a hippy who “mysteriously” drowned at a party. He says all of this while there are three women sitting at the table.

Immediately, Tony glares across at him. 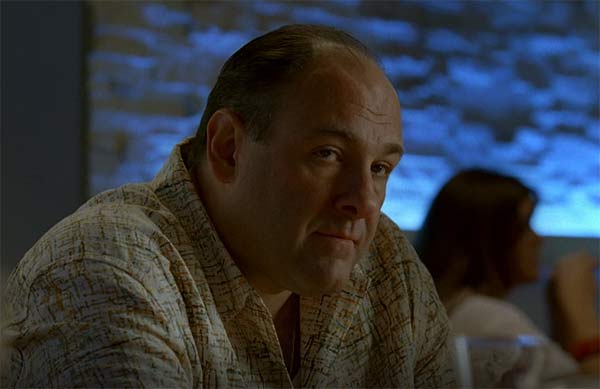 When Paulie mentions a hippy who mysteriously drowned at a party, Tony glares at him from across the table.

At this stage, alarm bells are going off in Tony’s head.

One of the most senior members of his crew just can’t seem to keep his mouth closed.

When Beansie and Paulie ask Tony why he is being so quiet, he gets stroppy and tells them that it’s because “Remember When” is the lowest form of conversation.

He then gets up to dance with one of the women. 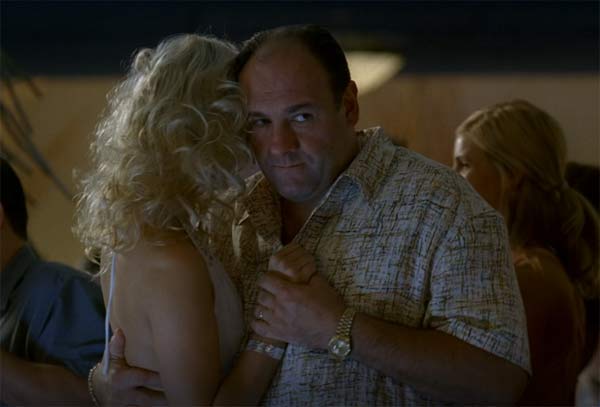 As Tony is dancing with the blonde woman, he keeps looking over in Paulie’s direction.

A few scenes later, Tony is lying in bed with the blonde woman when they begin to talk about Paulie. During their conversation, he tells her that Paulie used to work for his father.

“I gotta say, it concerns me. Lately.”

While Tony is having a drink with Beansie, he brings up his concerns about Paulie’s habit of talking too much. 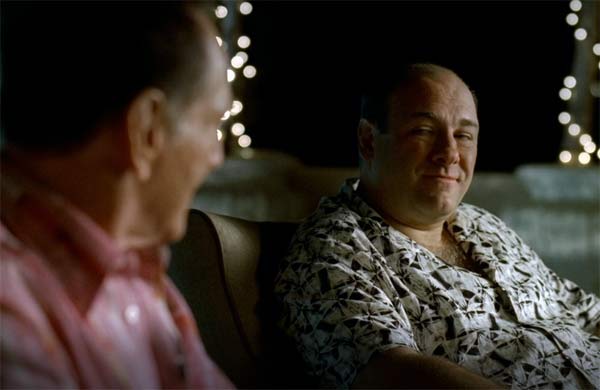 “I gotta say, it concerns me… lately.”

Although Beansie attempts to allay his concerns, Tony points out that Paulie’s only source of legitimate income is coming to an end, and that he might become vulnerable to the FBI.

He also explains that things have been going so well lately that he is waiting for the other shoe to drop.

When Beansie tells him that Paulie is a stand-up guy, Tony questions if he has ever been “put to the test.”

Essentially, he is beginning to worry that his long-time friend might fold under pressure.

While Tony and Paulie are lounging on a beach in Miami, Tony suggests that they rent a boat and do some fishing together before they head back to New Jersey.

Although Paulie agrees, he is rightly concerned about such a trip. It isn’t long before he is having flashbacks to the time when they had to whack their friend “Big Pussy” Bonpensiero for being an FBI informant.

While they are out at sea, Tony starts to accuse Paulie of leaking the Ralph Cifaretto joke. 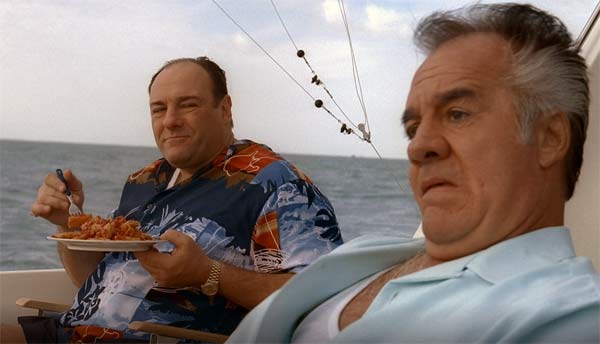 “Come on! You told John about that joke, right?”

However, Paulie remains firm and denies it.

During this scene, Tony becomes combative, almost as if he is trying to start a confrontation or work himself up. He even criticizes Paulie’s laugh and suggests that he has Tourette’s syndrome.

As Tony proceeds to grill him, Paulie sits there holding his stomach and looking worried. He is fully aware that his life might be in danger.

At one point, Tony gets up to grab some drinks. While he is in the back, he spots a large fishing knife lying on the ground.

However, after a few seconds of contemplation, he decides against it.

Why did Tony decide not to kill Paulie?

We know this because he gets visibly annoyed with himself for not going through with it. 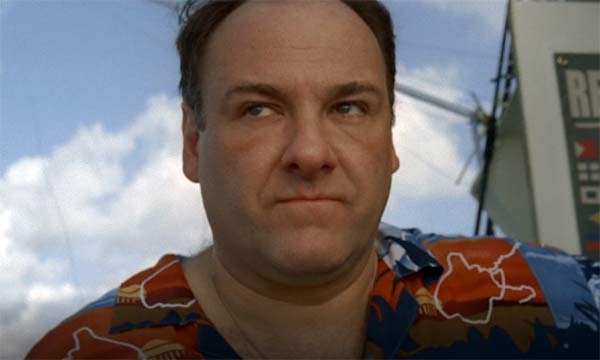 Tony’s face after he backs out of his plan.

Tony can be indecisive when he has to take action against close friends and associates.

We saw this when he had to make decisions about the fate of “Pussy” Bonpensiero and Vito Spatafore.

In both of those cases, he flip-flopped and doubted himself. He also put a very large emphasis on requiring proof.

Even though he knows in his heart that it was Paulie who leaked the joke about Johnny Sack’s wife, he does not have any solid evidence to back it up.

Ultimately, this fishing trip was a terrible decision on Tony’s part.

He dragged Paulie out into the middle of the sea and made him fear for his life.

This is one of the main reasons why I believe Paulie was willing to conspire with New York and have Tony Soprano killed.