Serial killers and rapists tend to have comfort zones.

These comfort zones are areas that they know and feel acquainted with. They are places that they have spent time in before.

In truth, almost all of us have a comfort zone. This concept is not limited to serial killers or criminals in general.

More often than not, it is the town or city that we live in or a place that we have visited multiple times in the past.

Where is your comfort zone?

You have just robbed a bank and now you must bury the stolen money in a safe location that doesn’t tie back to you.

Furthermore, you will not be able to touch this money for at least a year or two.

Which area do you choose?

Do you pick a random field in a place that you have never visited before or do you select an area that you are familiar with?

Most likely, you will choose a site that you know.

Why? Because you know the ins and outs of that place. You know when it is busy and you know where you should park your car in order to avoid suspicion. You also have a pretty good idea about which routes to take.

Furthermore, it is your familiarity with this area that gives you the confidence to bury it there in the first place. In your experience, it is unlikely that someone else will stumble upon that spot.

In short, you know what to expect.

On the other hand, the random field is uncharted territory. You don’t know who owns it or who might show up while you are trying to bury the money.

More importantly, you have no idea if this field is likely to be disturbed in the near future or not.

Serial killers have comfort zones because they want to avoid surprises.

When a serial killer is committing his crimes, he does not want any curve balls thrown into the mix.

As a result, he will often try and stick to a place that he is familiar with.

The benefits are obvious.

All of this information helps him to lower his risk of being caught. It also means that he knows how to escape if something doesn’t go to plan.

Committing a crime is a stressful act, even if you are a psychopathic serial killer. This is because the possibility of being apprehended will weigh on your mind.

Especially at the beginning of the crime spree.

As a result, most people tend to commit premeditated crimes in locations where they feel comfortable.

This is why we call it a comfort zone.

Nobody wants to add to their stress and panic by committing their crimes in a strange territory. There are just too many unknown variables there.

They may avoid striking too close to home.

It is also worth pointing out that many serial killers will avoid operating too close to home.

The reasons for this are also pretty obvious.

Consequently, the offender will usually select a familiar area that isn’t within their immediate vicinity.

For example, the BTK killer, Dennis Rader, lived in Park City, which is a suburb on the north side of Wichita. However, most of his crimes took place in central Wichita, which was about 10-15 miles away from his home.

It was only later that he became overconfident and started targeting victims that lived nearby. 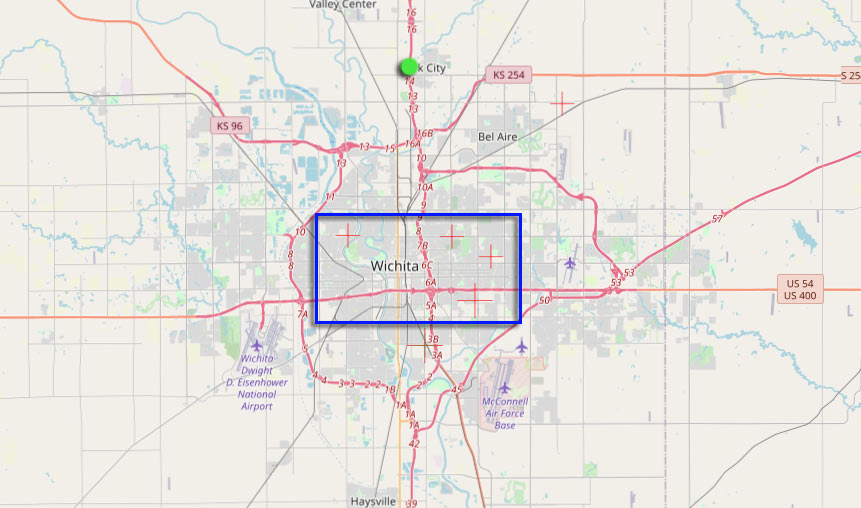 In the map above, the green dot represents where BTK lived. The blue square is the general area where he murdered most of his victims and left messages.

A serial killer will not always stay in his comfort zone.

A serial killer can move further outside of his initial comfort zone if he feels as though it is necessary.

For example, he might feel as though he has already targeted too many victims in that location. In his mind, continuing to “operate” there may raise suspicions.

Or perhaps a police investigation has zoned in on that particular area and patrols are beginning to increase.

In this case, it is possible that the killer will move on to the next place that he knows.

For example, he might focus his efforts on the other side of the city, close to where he worked five years ago.

Or perhaps he will turn his attention to a nearby town that he visited as a teenager.

He might even begin to operate just slightly outside of his original comfort area and continue to spread outwards.

Of course, the offender would rather stick to the area that he is most familiar with. However, at some point, he may reach the conclusion that doing so would be a bad idea.

If this happens, then he may decide to switch things up.

They can also become overconfident and reckless.

A serial killer can become overconfident and reckless as time goes on.

At first, they will be cautious and anxious about being caught.

Every knock on his front door will fill him with fear. “This is finally it”, he thinks. “There is probably a detective on the other side of this door.”

However, as time goes by and he continues to get away with his crimes, that fear will begin to subside.

Consequently, he may become reckless and cocky.

In his head, he may begin to think that the police are no match for him. He is too intelligent and cunning for them.

This leads to a situation where he becomes lazy and no longer takes the same precautions that he once did.

Furthermore, his urge to satisfy his fantasies may also be growing in strength.

As a result, he may begin to take more risks. If this becomes the case, then it is possible that he will “branch out” and leave his original comfort zone.

At this stage, he may not need a comfort zone at all because the entire process has started to feel like clockwork.

The concept of Rational Choice Theory tells us that the offender will be constantly weighing up the pros and cons of striking close to home.

In his mind, attacking a victim that lives nearby may bring unwanted attention to his “home base”. He also knows that he is more likely to be identified by someone.

However, committing a crime that is closer means that he does not have to travel as far. In other words, it is much more convenient.

Essentially, there is an internal conflict between two thoughts.

As a result of this internal struggle, it is always possible that a killer will strike too close to home.

For example, Ted Bundy’s first confirmed victim lived roughly half a mile away from his rooming house in Seattle. His second victim, Linda Ann Healy, lived only 0.8 miles away. 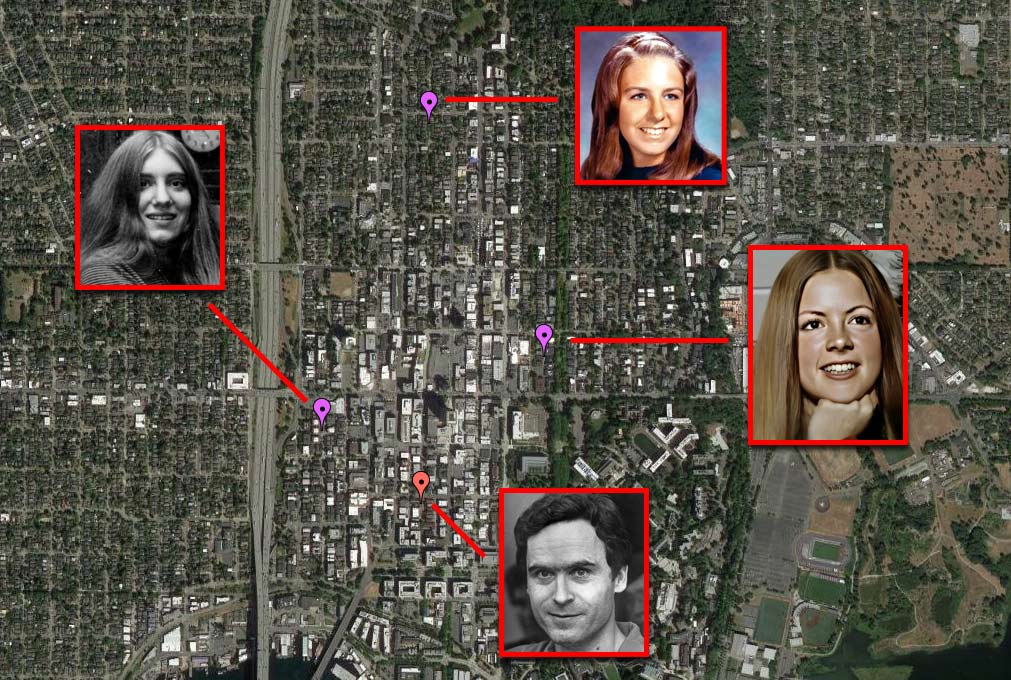 A map which shows Ted Bundy’s initial comfort zone in Seattle. Note that Bundy kidnapped Georgann Hawkins (on the right) after he had already started to branch out. In her case, it seems as though he returned to his comfort zone.

As you can see, Bundy struck pretty close to home before he started to branch outwards.

In his case, however, we know that he was often drunk when he committed his murders. This would have undoubtedly influenced his decision-making process.

Certain serial killers are nomads. In other words, they wander around the country or they happen to travel for a living.

If this is the case, then they might not have a specific geographical comfort zone.

Instead, the act of travelling is their comfort zone.

This is what they are comfortable doing because they have been doing it for years.

Therefore, the concept of operating in a safe and familiar area might be completely foreign to them.

That or places begin to feel familiar to them after a much shorter period of time.