If you have ever visited online discussion forums for stocks or cryptocurrencies, then you’ve probably come across phrases such as.

Phrases like this are common on websites such as Stocktwits and Reddit’s WallStreetBets subreddit. You might also see similar comments on TikTok if the video in question is about trading.

What does “to the moon” mean?

If someone posts “to the moon”, it means that they think the price of a stock or a cryptocurrency is going to see a huge increase.

For example, if someone says that Bitcoin is going “to the moon”, then it means that they believe the price is going to explode upward. 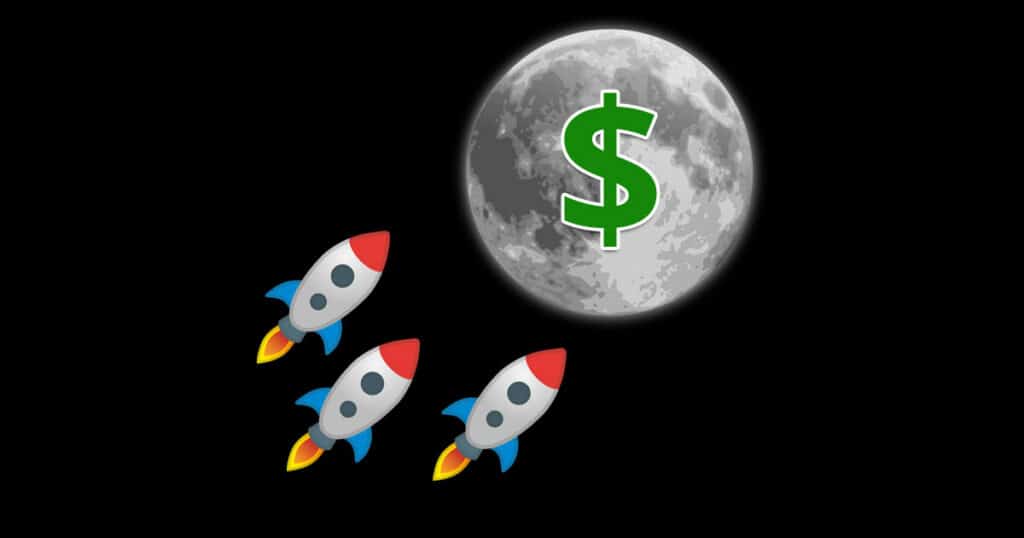 Notice how we put the words “they think” and “they believe” in bold. This is because these are just predictions.

In other words, do not put your life savings into a stock just because some random Internet user thinks that it is going to the moon.

This phrase is popular among traders who are trying to pump penny stocks and meme coins. By acting overly enthusiastic about the stock, they are hoping that onlookers such as yourself will be more likely to jump on board.

If more buyers jump on board, then their chances of making a profit will increase.

To make a long story short: Basing your investments on how many “to the moon” comments there are is not a good strategy.

As always, do your own research and due diligence (DD).

What does the rocket emoji mean? 🚀

The rocket emoji means that the poster believes that the share price of a stock is about to fly upward. It is basically just another way of saying that it is going “to the moon”.

This emoji is also sometimes used after a stock price witnesses a sizable increase.

For example, when Bitcoin had one of its sudden price explosions, the message boards were filled with euphoric posters who were spamming the rocket emoji.

Again, it is worth noting that counting rocket emojis is not the same thing as doing your own due diligence.

Always be wary of other people’s zest for a stock or cryptocurrency. In a lot of cases, they are either fooling themselves or trying to fool you.

See also: What are diamond hands and paper hands?