This is a guide on how to unblock someone on Snapchat.

In the past, you may have had a fallen out with somebody. Consequently, that led to you blocking them on Snapchat. However, since then, some time has passed and the two of you have made up. “Life is too short for petty squabbles”, you think to yourself. “It’s time to unblock them.”

But, there’s one major problem. You can’t hit the “unblock” button because you can’t even find their Snapchat profile anymore.

If that is the case, then do not worry my child, because I am here to show you how to reconnect with your long lost buddy.

Step 1. Go to your Settings page.

Firstly, you will need to navigate to your Snapchat profile and click on the Settings icon in the top right-hand corner: 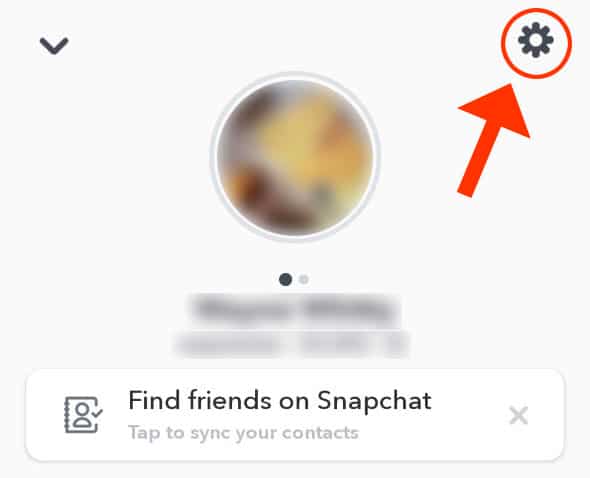 This will bring you to the Settings page on Snapchat.

2. Scroll down and find the option “Blocked”. 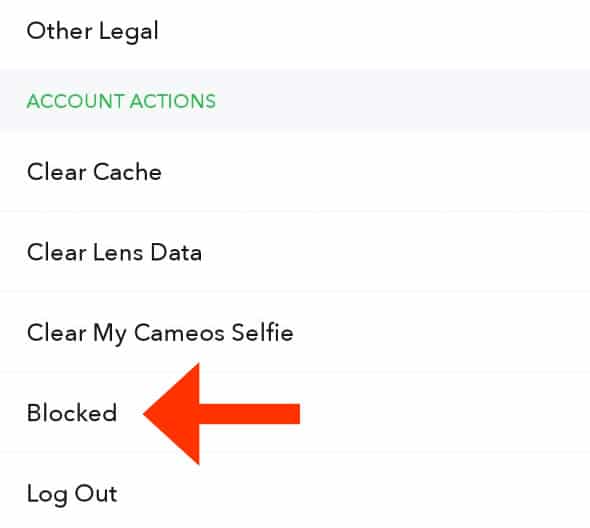 As of 2021, the Blocked option is located at the bottom, just above the Log Out button.

Click on the Blocked button once you have found it.

3. Find the person that you want to unblock.

This page will show you all of the users that you have blocked on Snapchat. Beside each name, you will see a small grey X to the right:

As you can see, I have a fictional person called John Smith blocked.

Click on the small grey X button to the right of the person that you want to unblock.

4. Confirm that you want to unblock them.

After that, Snapchat will display a confirmation pop-up. It will ask you the following question: “Are you sure you want to unblock this Snapchatter?” 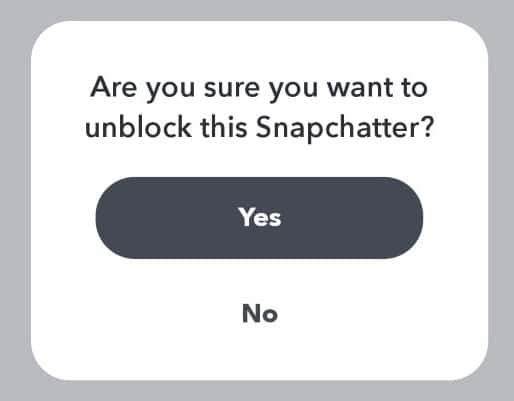 In other words, they’re making sure that your clumsy fingers haven’t clicked on the button by mistake.

And that’s it! You have successfully unblocked them. However, there is just one more caveat. A plot twist of sorts.

Do I need to re-add them as a friend after I’ve unblocked them on Snapchat?

Yes. Once you hit the block button, Snapchat will also remove them as a friend. As a result, once you unblock them, you will also have to add them back as a friend: 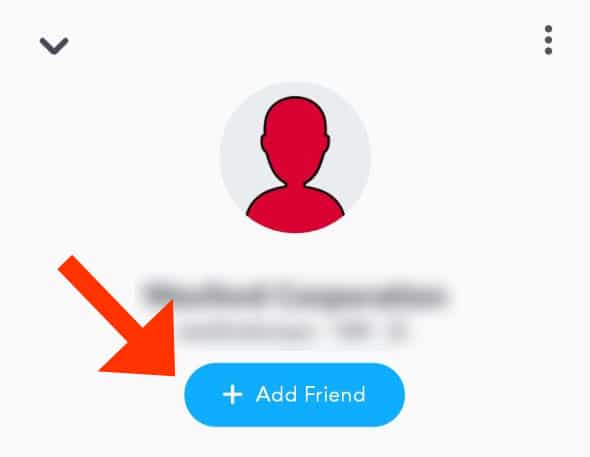 As you can see in the screenshot above, the user in question is not automatically added back to my friend list. Therefore, I will have to send them a friend request and hope that they accept it.

This might be a bit awkward if they weren’t aware that you had blocked them in the first place. If that is the case, then you should probably think of an excuse before you hit the “Add Friend” button. Otherwise, you will look like a deer in the headlights if they question you about it.

“Sorry, I removed the wrong person from my list, you both have similar names!”, is a pretty solid one. Alternatively, you could just tell them that you have a medical condition that causes you to instantly block anyone who slightly acts up in your life.

The choice is yours.

Snapchat won’t let me unblock them?

This will happen if you have only recently blocked them. Once you block someone, you might have to wait a period of time before you can unblock them again. It is a “cooling off” feature that is there to stop people from blocking each other on a whim. It is Snapchat’s way of saying “Stop messing about. This is a serious button.”

If that is the case, then that person may have deleted their Snapchat account. This can happen, as people sometimes like to “start afresh” if they feel like they have too many randomers on their friend list. That, or they have also managed to block you. DUN DUN DUUUUN!!!

Note that this guide was written in June of 2020. If Snapchat decides to change any of these steps, be sure to write a comment below.

You might remember me from other guides such as: