On Snapchat, the fire emoji will appear if you and one of your friends are on a “Snapstreak”.

A streak begins when you and your friend have snapped each other for three consecutive days.

In other words, the two of you have sent at least one snap to each other for three days straight. As a result, “3 🔥” will appear next to their name. 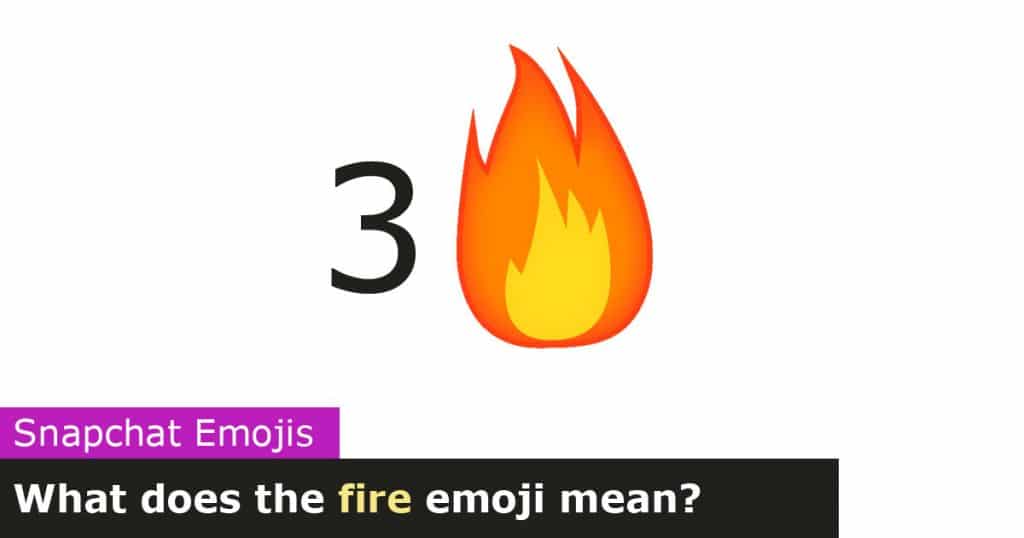 The fire emoji will always appear to the right of a number. This number represents the number of days that you have been on a streak. Consequently, it will increase each day that you both manage to maintain your Snapstreak.

If you and your friend are able to maintain your Snapstreak, the number beside the fire symbol will increase.

In the unlikely event you are both able to keep snapping each other for 100 straight days, the 100 emoji (💯) will also appear.

Why did the fire emoji disappear?

If the fire emoji is no longer showing beside your friend’s name, then it means that your Snapstreak has come to an end.

In order to maintain a streak on Snapchat, both of you must snap each other at least once every 24 hours.

If either of you fails to do so, the streak will come to an end and the fire emoji will disappear. In the hours leading up to its “disappearance,” you might have noticed an hourglass emoji.

This is Snapchat’s way of telling you that the streak is about to end.

In the screenshot above, you can see that I am on a 25-day Snapstreak with Joe Bloggs.

For example, take the following scenario.

As you can see, when it comes to this particular “feature”, it takes two to tango.

In other words, the streak cannot be maintained by one person. If one person fails to reply, it will come to an end.

Can they see the fire emoji as well?

Yes, they can also see a fire emoji beside your name. As a result, they will know that you are both “sharing” a Snapstreak together. Well, that’s if they know what a streak is.

Why do people let their Snapstreaks expire?

A lot of people don’t like getting “caught” up in Snapstreaks because they can be a pain to keep going.

Furthermore, it can make the conversation between the two of you feel forced. This is especially true if the two of you are just sending each other snaps for the sake of maintaining a streak.

You also have to realize that a lot of people have been through these streaks before. They’ve gained them, kept them going and eventually lost them.

After a while, the whole act of keeping streaks going can become tedious and almost childish. Others don’t want to become “invested” in a streak just so they can lose it at a later date.

Because, whether you like it or not, sooner or later, all of that effort is going to go out the window.

As the number increases each day, a sense of anxiety can creep in about the importance of keeping it going.

For a lot of people, this is not a nice feeling. Now, they feel as though they must snap you.

As a result, a lot of people prefer to “kill off” these streaks at the start so that they don’t snowball into a bigger number.

And that’s it! Hopefully, this guide cleared up any questions you had about the fire emoji!

For useful guides on some of the other Snapchat emojis, be sure to check out: