If the smirking emoji appears beside a friend’s name on Snapchat, then it means that you are in their “Best Friends” list.

However, they are not in yours. 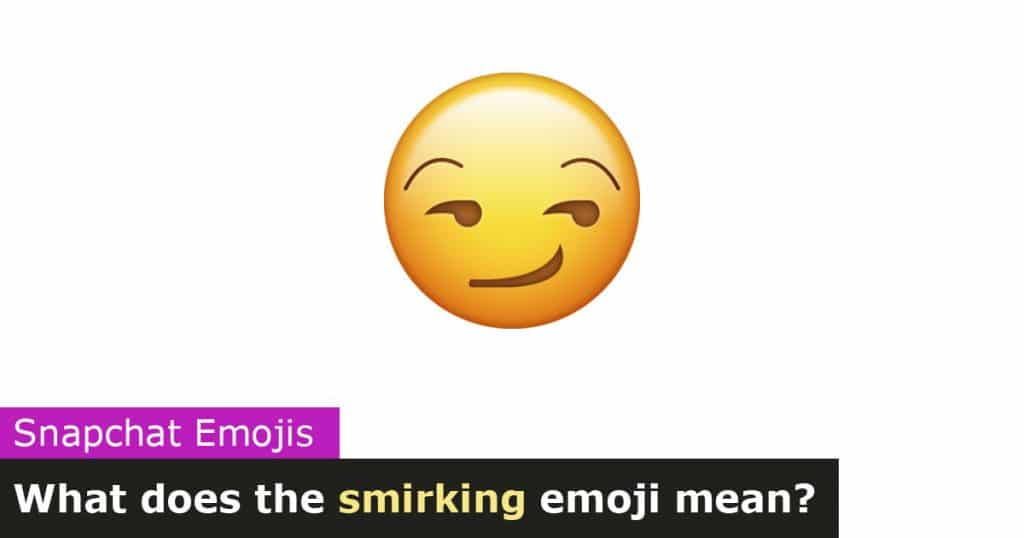 An emoji showing a side smirk.

It is your list. Nobody else’s. This is because it is based on your recent activity.

Your friend Dave rarely uses Snapchat. However, when he does, he mostly sends snaps to you and a couple of his other friends.

On the other hand, you are pretty active on the app. You tend to Snapchat multiple people and your “Best Friends” list is full most of the time.

As a result, Dave doesn’t really have a chance of getting into your “Best Friends” list. However, you can easily get into his list because he isn’t very active on the app.

In this case, a grinning emoji may appear beside Dave’s name.

This can also happen if the person in question recently sent you a lot of snaps that you didn’t reply to.

Can they also see the grinning emoji?

No, they cannot see the grinning face emoji.

On their Snapchat, a smiley face emoji is shown beside your name. This is because you are one of their best friends.

The grinning emoji will only appear if you are in their list but they are not in yours. It represents an imbalance. A mismatched Snapchat relationship, so to speak.

What does it mean if the emoji disappears?

This will typically mean one of two things.

As stated above, all of these emojis are time-sensitive. They are always based on your most recent activity.

Guides to some of the other emojis that you might see on Snapchat.